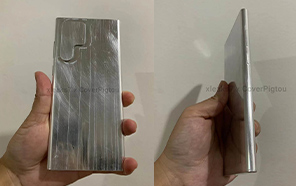 The string of leaks for next year’s Samsung Galaxy S22 series continues. Most recently, the phone’s dummy models surfaced online. The video featuring the aluminum unit gives us a 360° preview of the Galaxy S22 Ultra. It showcases the same revised design seen in early product mockups. 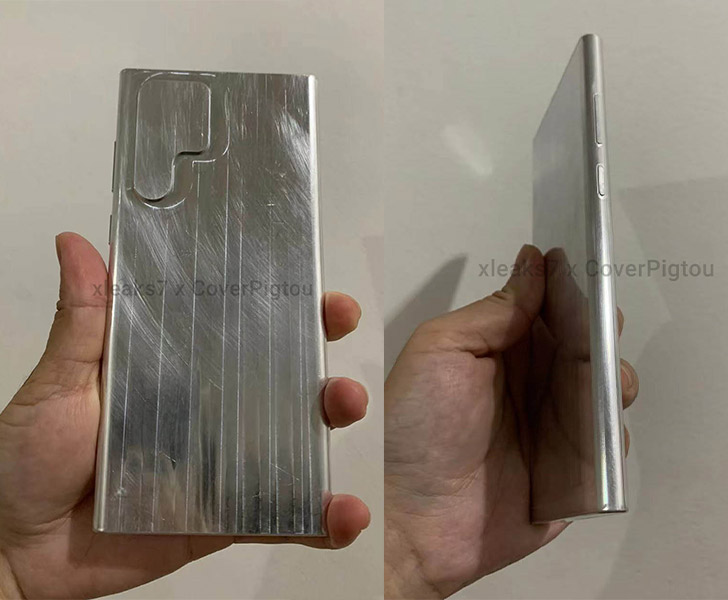 Phone leakers xLeaks7 and CoverPigtou collaborated to publish the hands-on video. Per this clip, the Samsung Galaxy S22 Ultra has the cylindrical design of last year’s Galaxy Note 20 Ultra.  The side edges are beveled and round; the top edges are sharp and flat.

As is tradition, Samsung has once again redesigned the camera island of the new Galaxy S.  Instead of the unique wrap-around camera housing of the Galaxy S21, the S22 series sports a more standard, raised platform.

Samsung's new model 2021 is trimmed tightly around the edges that give it a P-shape. Four lenses — including two telephoto cameras — live inside the camera plate. Reportedly, the S22 Ultra inherits the camera hardware from last year’s Galaxy S21 Ultra, so the upgrades should come from the software.

Samsung has pushed the bezels back even further, based on leaked product images. The screen is a 6.8” panel that curves along both edges. While the phone leaker duo specifies a dedicated slot for the iconic S-pen, these dummy units lack that housing. The Galaxy S22 series isn’t supposed to launch until early 2020. We should learn more details in the meantime.