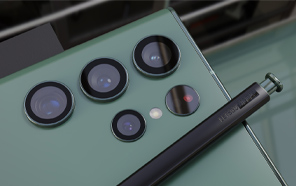 Samsung Galaxy S22 Lineup, their latest and only line of traditional flagship phones for 2022, is slated for its debut in early February. But the leaks surrounding the series have been popping up for almost a year now. And as we inch closer to the launch date, the piecemeal leaks are picking up pace too. The latest in this string of rumors brings us more camera and display details. 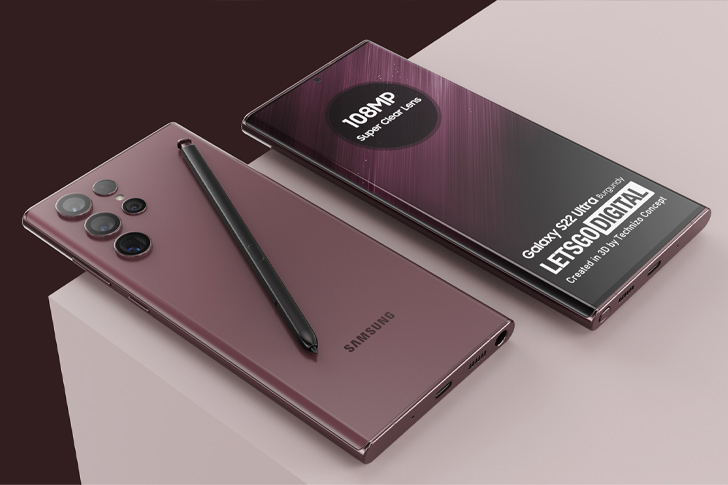 The Samsung Galaxy S22 Ultra (reportedly titled S22 Note this year) is the most premium of the bunch. Multiple trusted sources have already published press images, which showcase a cylindrical design inherited from the now (possibly) defunct Galaxy Note series. We’re looking at almost the same design as the Note 20 Ultra, except the camera bump is gone and replaced with a clean, minimalist lens cluster.

XeeTechCare leaked an infographic covering the specs of Galaxy S22 and S22 Ultra. Plus we’re shown previews that perfectly align with previous leaks. 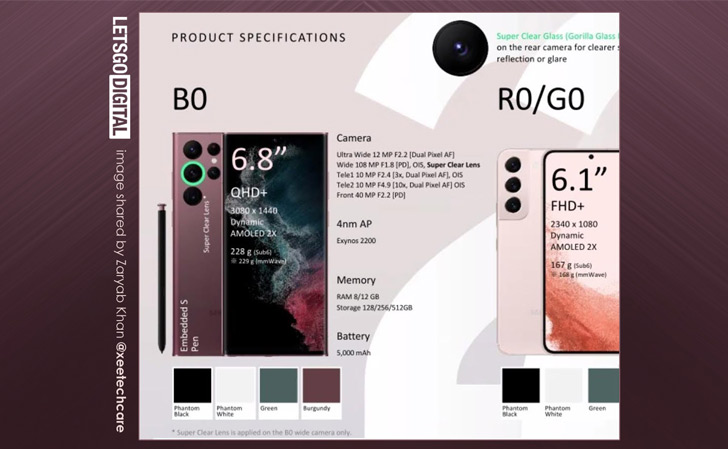 Although the sensor behind the primary S22 Ultra camera is still 108MP in resolution, Samsung adopts a new lens that minimizes glare, ghosting, and distortion. It’s called the ‘Super Clear’ lens. Think of the Zeiss T* Coating that Vivo uses for its flagships. It’s combined with an f/1.8 aperture size and optical image stabilization. 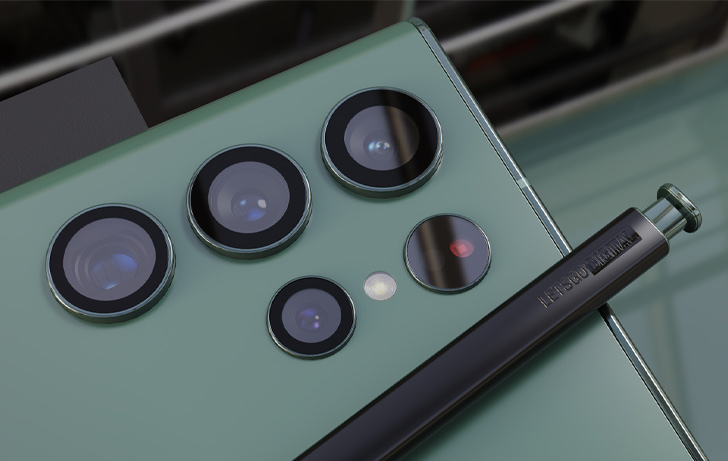 Note that the rest of the camera configuration is carried over from the S21 Ultra wholesale. Two telephoto lenses — one 3x  traditional and the other 10x periscope — handle zooming. Plus, a 12MP ultra-wide shooter rounds off the lens cluster. Sources also report a higher Samsung mobile price tag than usual. 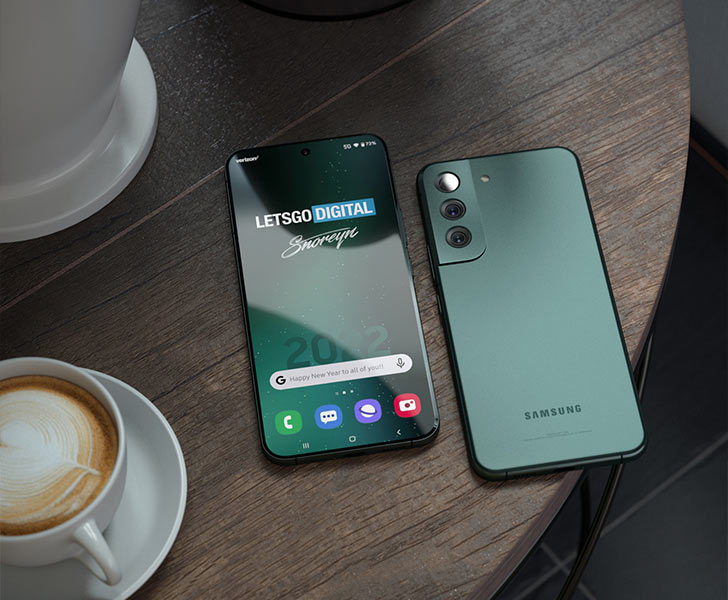 The front camera (which still lives inside a hole punch) has a resolution of 40MP. To no one’s surprise, the screen on the S22 Ultra is the most stunning Samsung has to offer. It features a 6.8” 2K Dynamic AMOLED display. The Korean phone-maker is also extending the Phanom Black and Phantom White color palette for the S22 Ultra to include Green and Burgundy options.

The source includes the specs for the standard Galaxy S22 too. Its max resolution is capped at 1080P. But the 6.1” panel here is also a more compact Dynamic AMOLED 2X. The Galaxy S22 comes in the same four-color palette as the Ultra.