The upcoming Samsung Galaxy A22 5G surfaced in yet another leak today, courtesy of the renowned phone leaker Steve Hemmerstoffer (better known as @OnLeaks.) Mr. Hemmerstoffer’s report features high-resolution product mockups and a few build details, not to mention a 360° preview of the device. 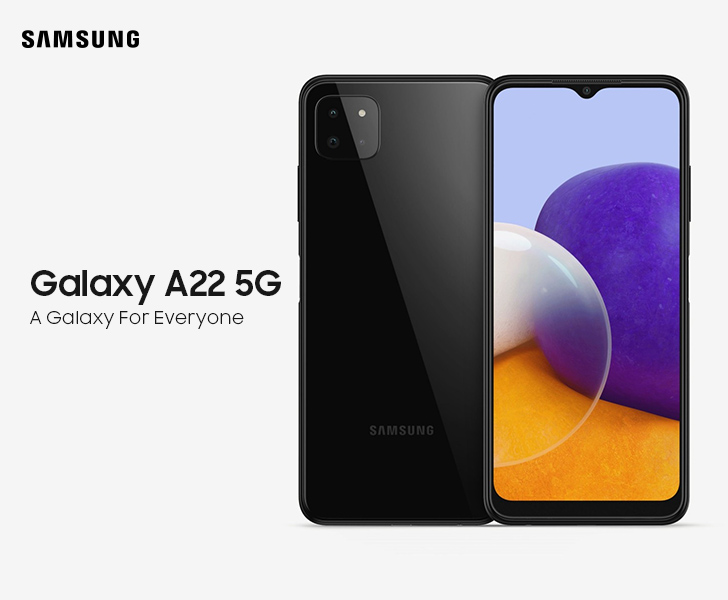 First off, if you have been following the Galaxy A22 leaks, you’ll note that these new renders don’t line up with the ones that came before them. Unlike the solitary lens design reused from the Samsung Galaxy A32, Mr. Hemmersoffer’s Galaxy A22 has a far more generic box-shaped housing for its cameras. The two renditions don’t agree on the camera count either.

While the previous leaks point to a quad-camera that uses a 48MP primary camera, an 8MP ultra-wide lens, and two 2MP sensors, the new mockups have three in total. New reports also mention the handset to arrive with the Dimensity 700 chipset with model number MT6833V/NZA and 6GB of RAM.

We’re looking at an aesthetic seemingly borrowed from Google’s Pixel 4a, featuring three lenses and an LED flash stacked inside a squarish plate. The shell has a single-tone glossy finish; the screen has a prominent notch and a thick chin unlike the new Samsung mobiles in 2021. 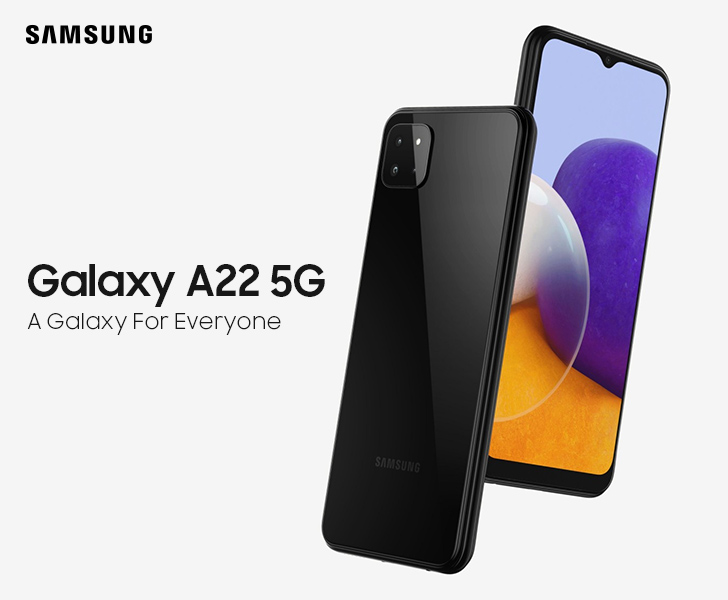 @OnLeaks further reports that it’s a 6.5” panel and the camera encased inside the notch is 13MP. On the side, you’ll find a capacitive fingerprint scanner doubling as the power button. These A22 concepts also include a type-C USB port and a trusty 3.5mm headphone jack.

When launched, the Galaxy A22 5G will overtake the A32 to become the new cheapest 5G phone from Samsung. We expect low-end MediaTek Dimensity silicon to power the phone. Android 11. The Samsung A22 5G is expected to launch at around Rs. 33,000 to 38,000 PKR in the coming weeks.