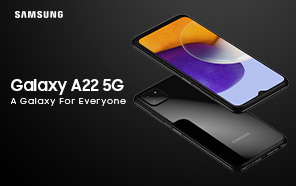 The Korean giant is gearing up to unveil their new cheapest 5G phone soon, the Samsung Galaxy A22 5G. It just secured a certification from the Wi-Fi Alliance authority, bringing it a step closer to launch. We also have its alleged pricing and specification details to report. 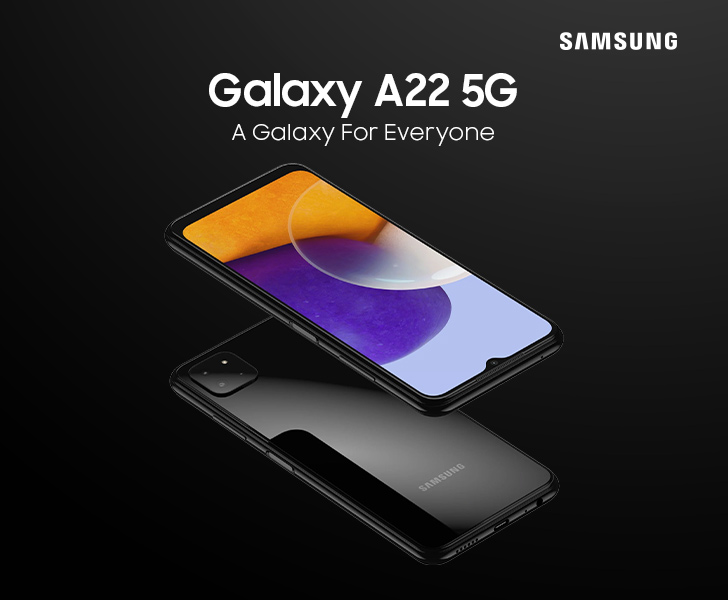 The A22 is the younger sibling to the Samsung Galaxy A32. The upcoming handset got listed on the Wi-Fi Alliance database under the model numbers “SM-A226B/DSN” and “SM-A226.” The “DS” variant stands for dual SIM. But Samsung also has an LTE-only edition lined up alongside the A22 5G.

Since it’s a Wi-Fi certification, it doesn’t share any relevant system information. For that, we can turn to the popular cross-platform benchmark, Geekbench, where the Galaxy A22 5G is featured under the same model name. 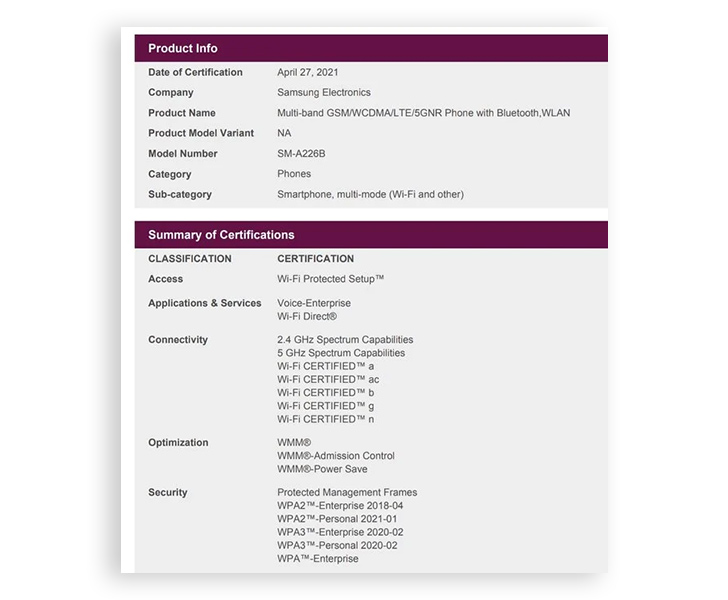 Unlike the recently new Samsung mobiles, The A22 5G has the Dimensity 700 at its heart — a 7nm entry-level 5G chip and currently the most affordable in MediaTek’s catalog. It works with 6GB of memory for smooth multitasking. Naturally, the latest Android11-based version of the OneUI powers this hardware.

Steve Hemmersoffer, better known by his handle @OnLeaks, has previously published a report on the Samsung Galaxy A22 5G that contained its high-quality product mockups and features. The phone comes in four colorways: green, purple, white, and gray. It has a side-facing thumbprint reader, a notched 6.5” screen (either capped at 1080P or 720P), and a triple camera.

The main rear camera has a 48MP sensor behind it; the front lens settles for a 13MP one. The Galaxy A22 is expected to start from 229 euros and will debut later in June.