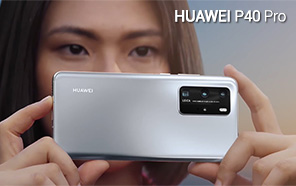 We’re only an hour away from the official Huawei P40 series launch. Ahead of the event, however, the press renders, and promotional videos for the Huawei P40 Pro have been leaked. The official images are in line with the renders WhatMobile has reported over these past few months.

The promotional video and posters have been making rounds on the Chinese social media site along with Huawei prices, Weibo. As per those posts, the P40 Pro features a wide pill-style selfie housing with a twin-camera and paper-thin bezels. The phone is built around a 6.58-inch AMOLED display that produces a 90Hz refresh rate.

The quad-camera is arranged inside a massive camera bump, in a T-shaped layout. The optics on the rear shell allows for what Huawei’s calling the 50x SuperSensing zoom. The custom-made main Sony lens is coupled with a ToF sensor, an ultrawide angle camera, and a dedicated telephoto shooter. 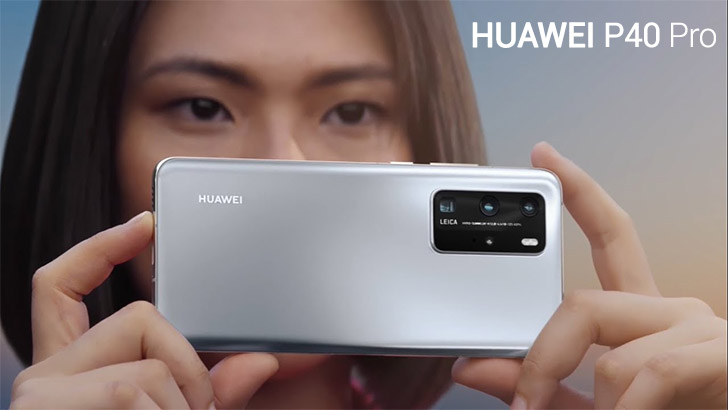 As for the Huawei P40 \pro internals under the hood, credible leaks point to a Kirin 990 5G chipset, that works with 8GB of RAM and either 128GB or 256GB of native storage. They draw power from a 4,200 mAh battery with support for 40W fast charging. The build is chamfered around the edges and offers IP68 dust and water resistance. The hardware runs on an Android-10-powered EMUI 10.

Note that the p40 Pro will not be shipping with Google Mobile Services, as previously suspected. Users will instead have to rely on Huawei’s native AppGallery for loading third-party apps.

The promo video also confirms that Huawei is throwing in Huawei Freebuds 3 and a wireless charging pad with each pre-order. Globally the Pre-orders can be placed after today’s official announcement until April 4 and the gift package is apparently worth £200. Another report claims that the phone will debut with a Huawei price tag of €999 (which comes to some 162,000 PKR). You can live-stream the virtual launch event shortly on YouTube.