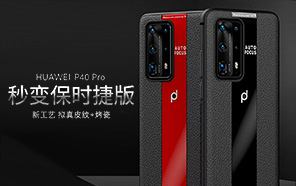 Huawei is only a month away from taking the wraps off its much-awaited (and delayed) Huawei P40 lineup, but that hasn’t stopped the leaks from pouring in. In a recently leaked image, the ‘Pro’ edition shines clad in a protective casing. The image is, in fact, a promo poster showcasing the front and back of the device, and the color options the case would be available in, without hinting the Huawei Price. 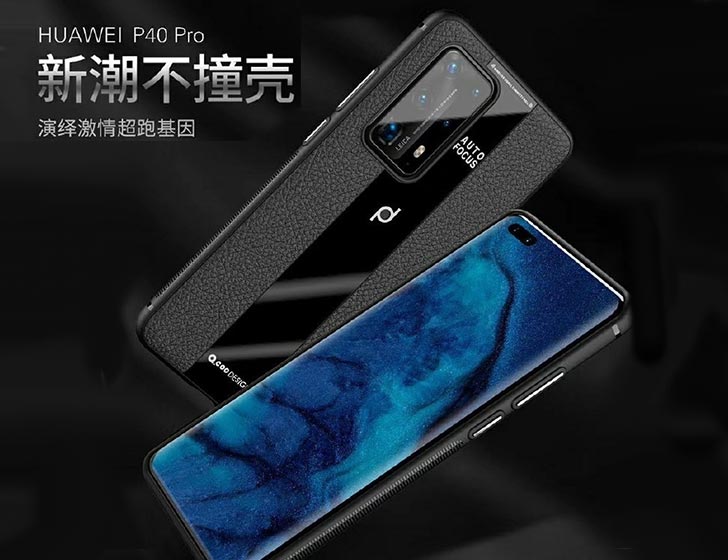 As for the Huawei P40 Pro protective cover itself, it sports a fake leather look with a grating pattern on its spine. You can also spot the volume rocker and power button with their centered silver bands.

There’s a lengthened strip that runs through the cut-out for the camera module, available in almost-reflective red and black hues. The stripe reads ‘Auto Focus’ and incorporates the casing company’s logo. If the design looks familiar, that’s because it is. Last year’s Huawei Mate 30 lineup was launched with a similar faux leather look. 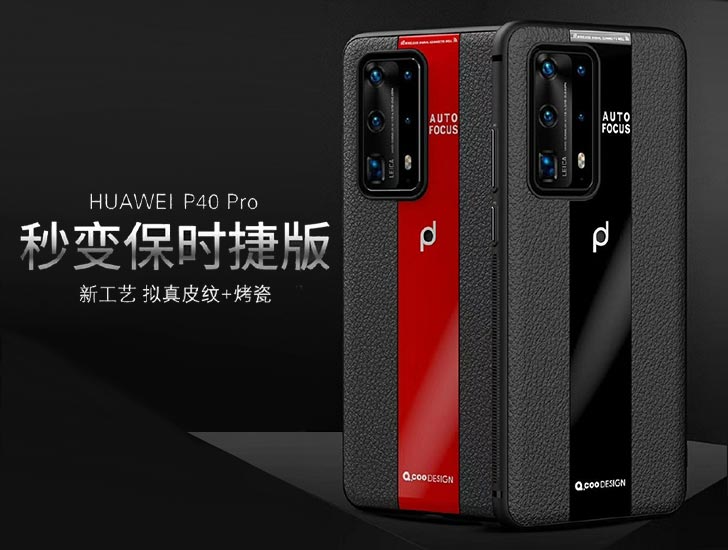 Every other detail has already been leaked and if there's something we don't really have an idea about is the Huawei Prices detail for the upcoming devices. More to the point, the promo posters also reveal P40 Pro’s design. The rear shell sports the long-rumored penta-camera setup, featuring a dedicated periscope lens for next-gen zooming support. The lens array is laid out in a rectangular housing -- inspired by that of Samsung Galaxy S20 series. 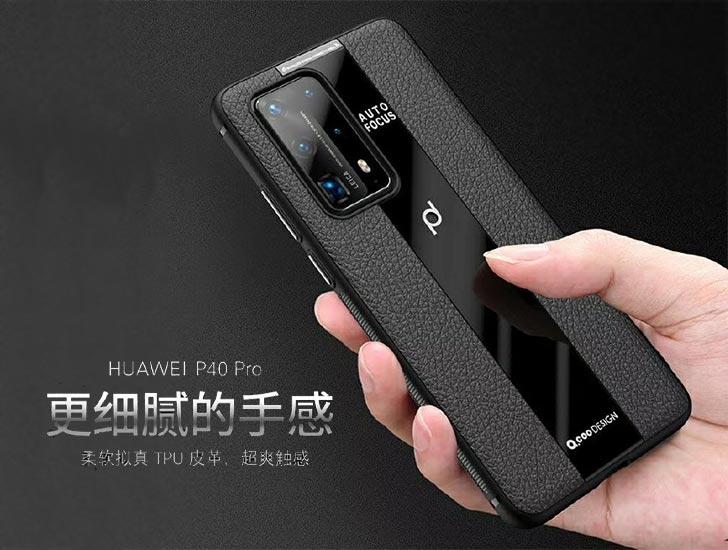 According to the rumor mill, the main camera you see in this penta-Leica arrangement has a Sony IMX686 64-megapixel sensor behind it. Huawei has rounded it off with a 20-megapixel ultrawide camera and a 12-megapixel shooter that affords up to 10X zoom. Note that we’ve received conflicting reports as to the exact specifications of the camera system, so you’ll have to wait until Huawei either launches the phone or teases the specs for confirmation.

The Huawei P40 renders also show off the front-panel of the device, with its dual punch-hole selfie camera and next-to-no visible bezels. The screen curves around the bezels, to bring you edge-to-edge viewing experience. The release date for the flagship family was pushed back after the organizers pulled the plug on MWC 2020.