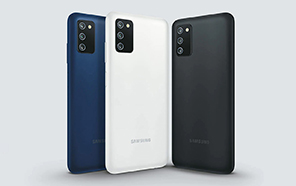 Samsung Galaxy A03 Certified and Benchmarked; Coming Soon with a 5000 mAh Battery

Galaxy A03, the entry-level cousin of the Samsung Galaxy A03s (which recently debuted in Pakistan) is coming soon. Samsung is securing product certifications for the phone. Plus, a popular cross-platform benchmark has also posted the Galaxy A03 scores. 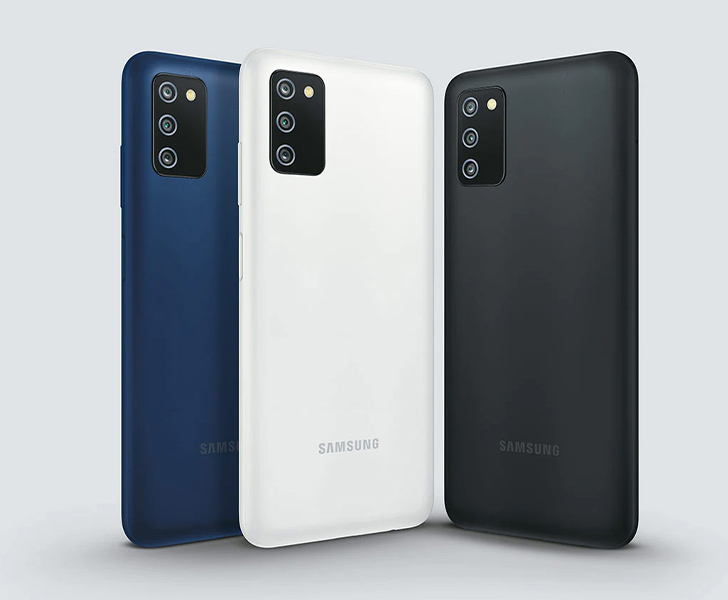 First off, Samsung Galaxy A03 is featured on the American Federal Communications Commission (FCC) under the model number ‘SM-A032M.’ As per the documentation attached with the FCC listing, the A03 rocks a 5000 mAh battery. Don’t expect the phone to support fast charging, which is typical of basic Samsung phones.

Geekbench has also benchmarked the Galaxy A03. On its single-core tests, the phone manages 123 points and maxes out at 486 points when engaging all cores. Its scorecard reveals a few key system specs. The chips inside the budget phones from Samsung are rarely competitive, and the A03 is no exception. 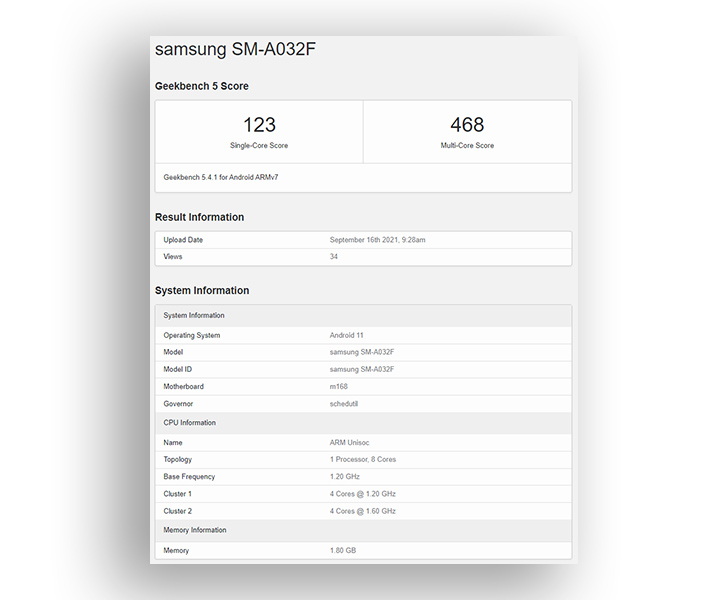 At its heart, you’ll find the relatively unknown Unisoc SC9863A chipset. It’s a low-end 28nm platform from 2018 that only supports eMMC storage. The Android11-based OneUI runs on this hardware, but we suspect it’s the reduced Android Go release. The memory specified on the new Samsung mobile phone for 2021 is 2GB. But a 3GB edition could also be in the cards.

If the Galaxy A03 borrows the rest of its specs from the A03, the screen would be a 6.5” LCD that delivers a 720P resolution. You could get up to 64GB of expandable internal storage. The camera system would feature 13MP back and 5MP front lenses.