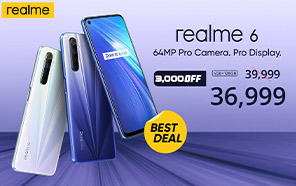 Amid the prolific new releases, Realme is slashing Rs. 3,000 off the Realme 6. Originally retailing for Rs. 39,999, the Realme 6 is now available for Rs. 36,999. It’s a mid-range Realme with a spectacular design and sub-flagship features. We’ll recount them. 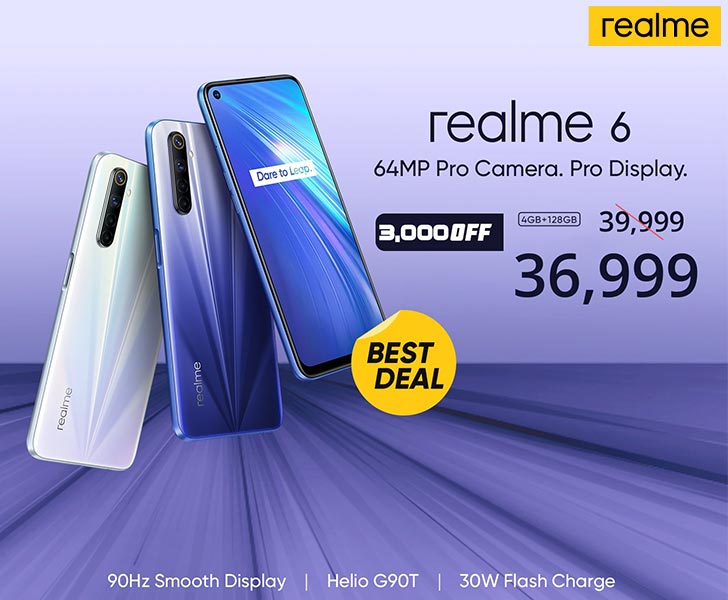 The display you’re looking at stretches 6.5” corner to corner, delivering an FHD+ resolution and a fantastic 90.5% screen-to-body ratio. The front panel reaches a fluid, smooth 90Hz and is bordered by narrow bezels all around with a punch-hole carved into its corner. Inside the hole-punch, there’s a 16MP in-display selfie camera. For an ergonomic grip, the frame has a soft, polished profile, and for convenient unlocking, a side-facing thumbprint scanner rests on the power button — advertised to unlock in only 0.29s. 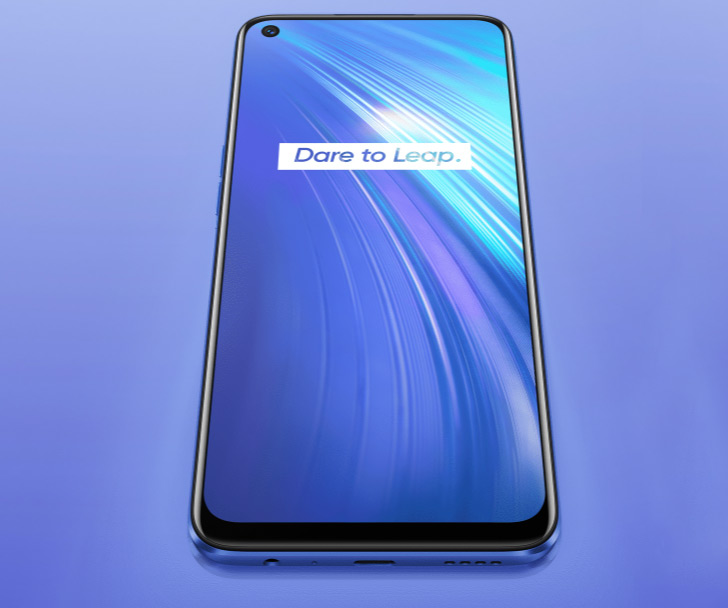 The curved design language extends to the glass rear-shell, painted in a unique comet aesthetic. It’s saturated, polished, and pure candy — available in Comet White and Comet Blue. In the corner, a capsule-shaped camera island protrudes out, and inside it, four lenses stacked on top of each other in a compact layout. 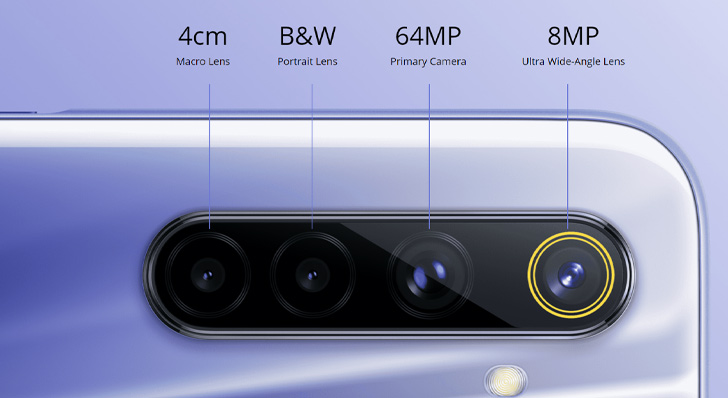 The primary of the four sensors is a robust 64MP camera, rounded off by an 8MP 119° ultra-wide-angle lens, a B&W portrait camera, and a 4cm macro cam. ‘Super Nightscape 2.0’, using its advanced processing and multi-frame noise reduction, shoots well-exposed, clear shots. And let the ‘UIS Max Video’ mode handle stabilization when your shooting videos. 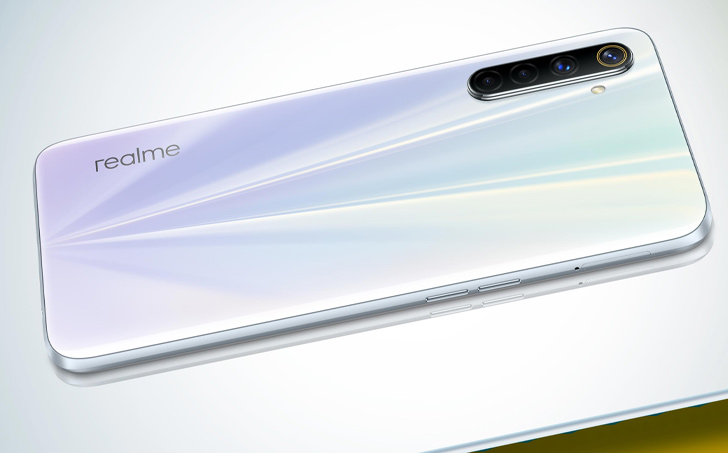 MediaTek’s Helio G90T, complete with its upgraded CPU, GPU, and AI performance, powers the device. Toggle on the ‘Hyper Boost’ which gives your hardware an ‘oomph’ for a more seamless gaming experience — that is, faster frame rates and touch speed. And when you’re running low, 30W flash powers up the 4,300 mAh battery to 100% in only 55 minutes.

Combined with this processor and battery are 4GB/6GB/8GB memory options and 64GB/128GB of storage — expandable with a microSD card. It's the 4GB + 64GB variant that's eligible for discount. Out of the box, Realme ships with the realme UI (built on Android 10).