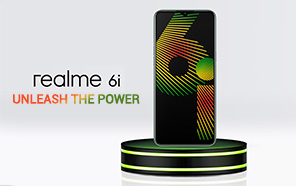 Realme 6i Will Have a Notch, an Upgraded Camera, and a 5,000 mAh battery, says Realme

Ahead of its March 17 launch in Myanmar, more details about the upcoming Realme 6i have surfaced. The handset is also expected to launch in Pakistan soon. Previous teasers confirmed that the phone would debut with a quad-camera array and support for up to 18W fast charging. Further, the device will run on the recently-introduced MediaTek Helio G80 platform. But that was last week, and Realme has now shared more key specifications giving us a clear picture of what to expect from the device. 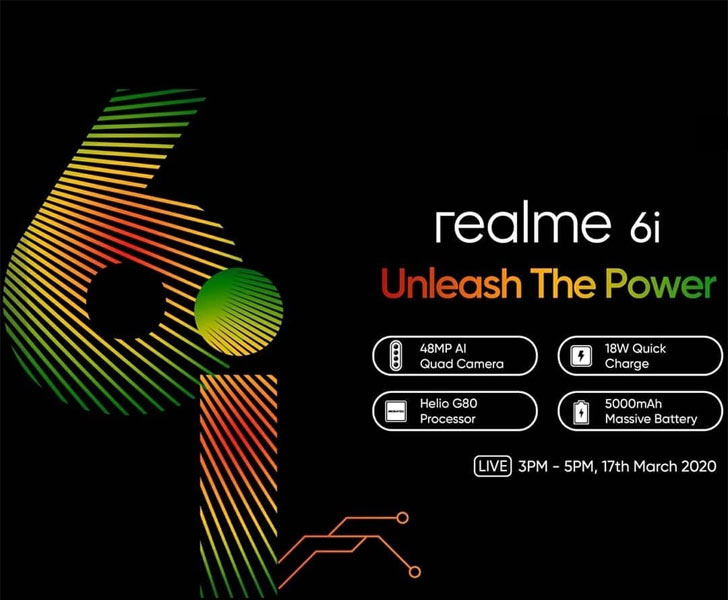 Showcased in the latest teaser, the Realme 6i features a dew-drop notch, with a modern, almost bezel-free look. Sitting inside this notch is a 16MP selfie shooter. If this yearly iteration doesn’t get a bump in the display specs, you’re looking at the same 6.52-inch HD+ screen that its predecessor rocked at even better Oppo prices. 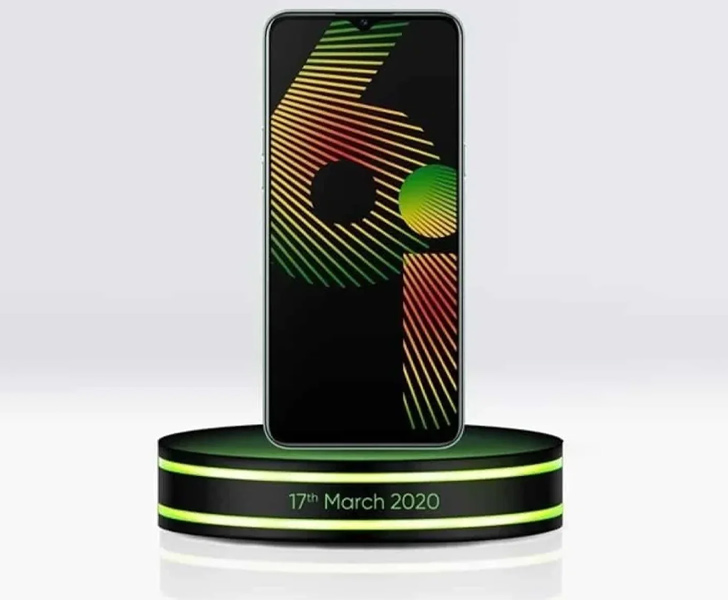 That said, Realme 6i is a huge leap forward in its optics hardware, compared to last year’s Realme 5i. Unlike the old 12MP primary camera, you get a 48MP AI-powered setup with Realme 6i. However, the company didn’t specify the pixel-count for the remaining three lenses.

The four-lens camera that the 5i sports maybe a guide to the mystery configuration though. The 48MP module could be coupled with an 8MP wide-angle sensor and a pair of 2MP depth-assist and macro cameras. 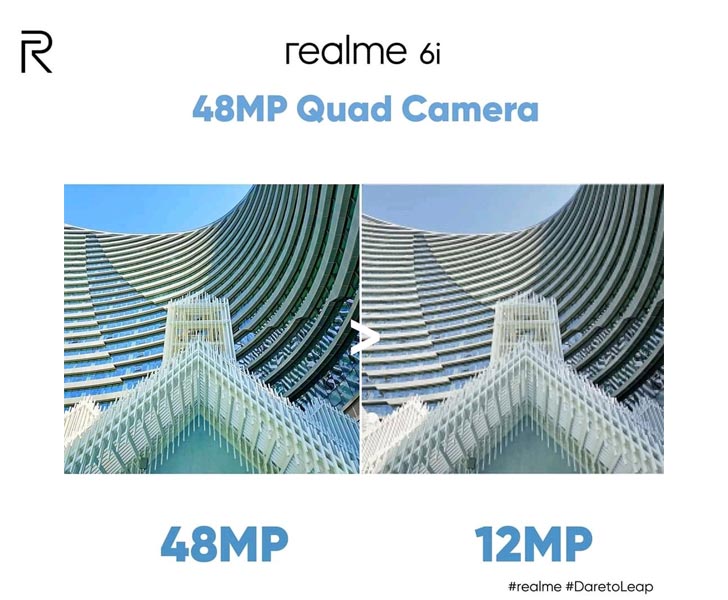 The upgrades don’t end there. Realme has also moved the fingerprint reader from the back of the phone to its spine. This thumbprint reader will now double as the power button. The phone also drops the dated micro USB port for a current-gen USB-C alternative, which will allow for 18W fast-charging. The design language, on the other hand, appears to be more or less the same, which could leave something to be desired. 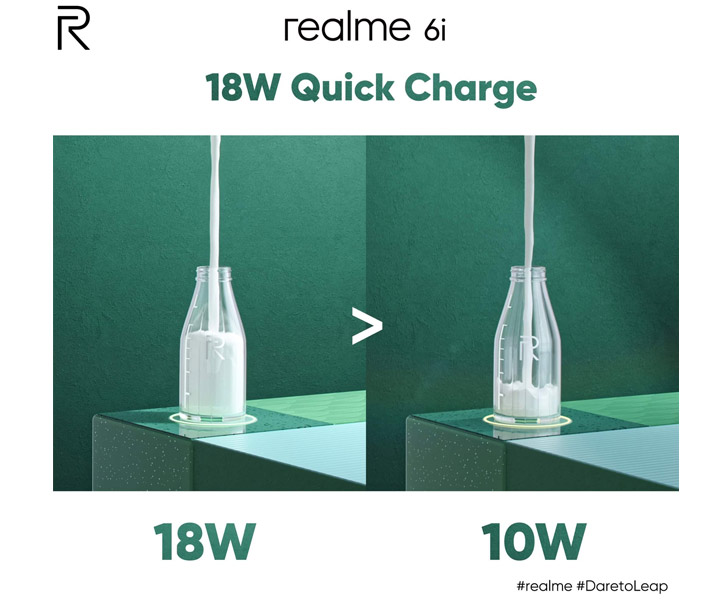 As for the internals, the Helio G80 SoC will draw power from a robust 5,000 mAh battery, but the official sources haven’t published the storage and memory configurations yet.

WhatMobile expects the Realme 6i to carry an Oppo price tag of around 25,000 to 28,000 Pakistani rupees, but we’ll have to wait for confirmation until the official unveiling in Pakistan that was earlier told to be held live on 24th march but could get delayed due to the Coronavirus pandemic. As far as Myanmar Launch is concerned, You can catch the live-stream for the event between 3 PM and 5 PM tomorrow.