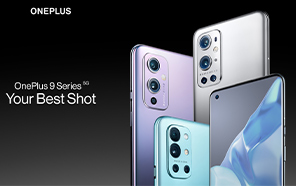 OnePlus 9 series, co-engineered with the high-end optics firm, Hasselblad, was unveiled today. The lineup features OnePlus 9 and OnePlus 9 Pro. Before this launch, OnePlus went on record to say that photography will be the highlight of this flagship series (OnePlus cameras have traditionally fallen behind the competition.) 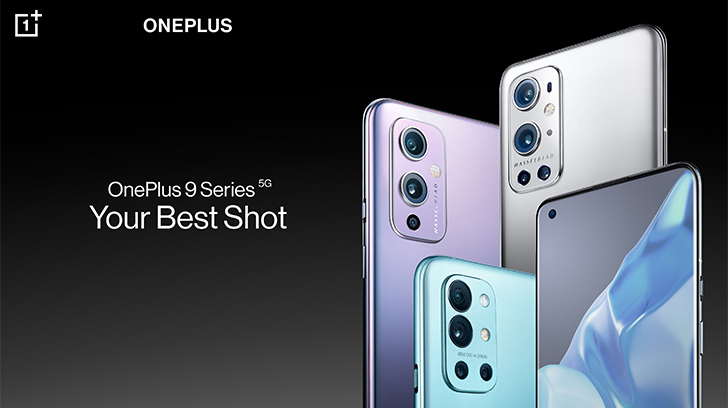 We start with the OnePlus 9 Pro and its quad-camera system. The main camera has the 48MP Sony IMX789 sensor, assisted with OIS. The other three cameras feature a 50MP ultra-wide lens, an 8MP 3.3x telephoto lens also supported by OIS, and a 2MP monochrome sensor. 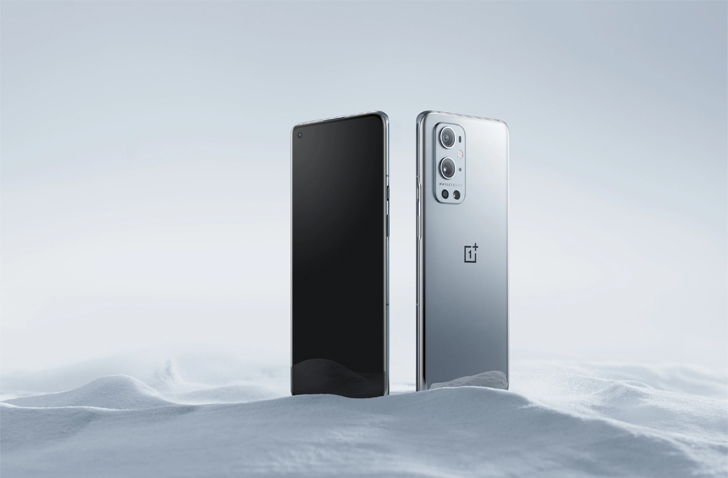 The primary camera can shoot in 12-bit RAW format, which can be manually tweaked on the fly using the Hasselblad Pro mode. With a custom freeform lens, the wide-angle camera minimizes distortion significantly — from 10-20%, down to 1%. The mono lens is meant for portraits, but the bokeh effects are dependent on the camera software.

The display, as previously leaked, features an LTPO panel that seamlessly adjusts for the 120Hz refresh without the feature becoming a battery hog. It’s a 6.67” 4K OLED panel that peaks at 1300 nits of brightness. 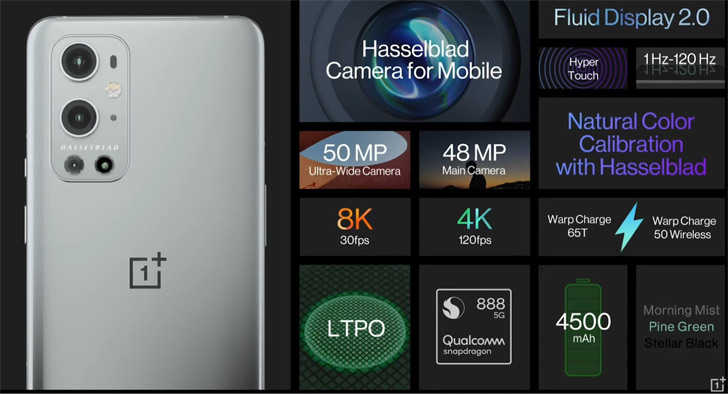 The edges mildly curve, and there’s a hole punched into the phone’s corner. Flip the OnePlus 9 Pro over to find a glass shell encased in a metal frame. It has a frosted, satin finish in Stellar Black, Pine Green, and Morning Mist shades. The body is IP68-rated and toughened with Gorilla Glass.

The OnePlus 9 camera is also developed with the help of Hasselblad. It adopts an old-gen IMX689 sensor but has roughly the same features, except for optical image stabilization. 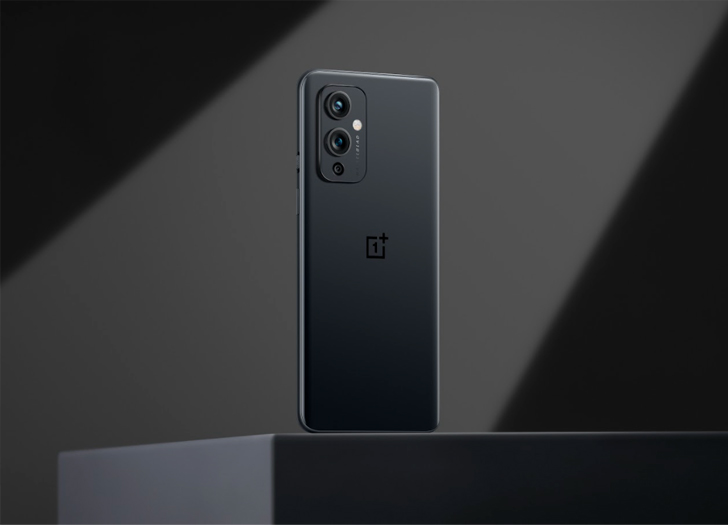 Also, where the OnePlus 9 Pro can shoot at 120FPS in 4K, the OnePlus 9 recording is limited to 4K at 60FPS. The telephoto lens is dropped, but the other two cameras — the 50MP ultra-wide and the 2MP mono lens — are the same. 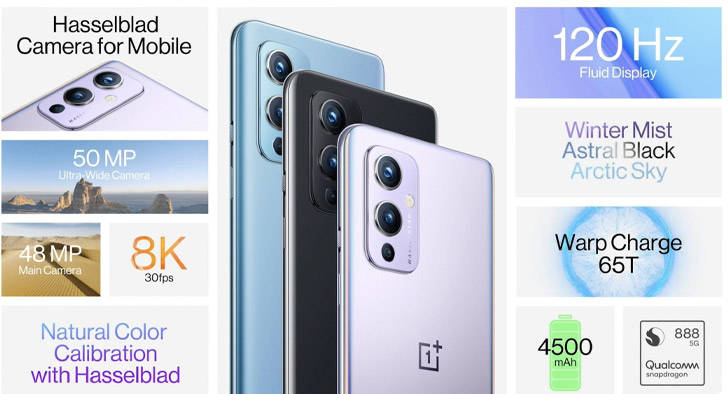 The OnePlus 9 display lacks the LTPO technology so, while the screen refreshes at 120Hz, it’s not as adaptive or power-saving. We’re looking at a 6.55” AMOLED panel with a Full HD resolution and 1100 nits of peak brightness.

The chipset, memory/storage configuration, and battery details are shared with the OnePlus 9 Pro. The charger in the box is also the same 50W Warp adaptor. OnePlus 9 is available in Winter Mist, Arctic Sky, and Astral Black. It’s priced at USD 730 or around Rs. 114,000, without taxes.