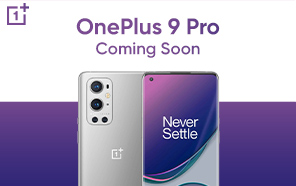 Ahead of its launch this month, the OnePlus 9 Pro has been featured in hands-on photos and official-looking product renders, confirming OnePlus' partnership with Hasselblad. Further camera details recently surfaced in the form of alleged screenshots. 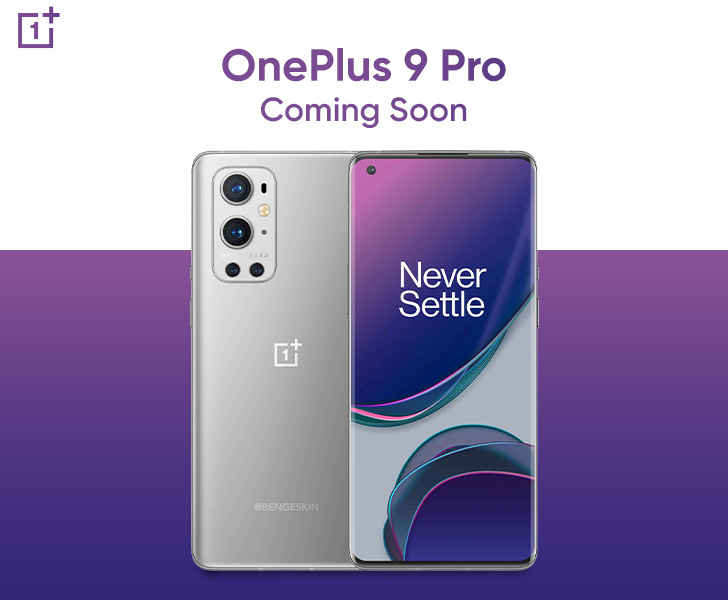 An OnePlus executive has previously gone on record to say that camera performance will see dramatic upgrades in their next flagship. OnePlus is not only co-engineering the OnePlus 9 Pro cameras with the high-end Swedish camera manufacturer Hasselblad, but they've also redesigned the camera interface.

As seen in the screenshots, courtesy of Techmaniacs.gr, the OnePlus 9 Pro has a quad-camera array: 48MP, 50MP, 8MP, and 2MP. Presumably, these sensors are dedicated to standard wide, telephoto, ultra-wide, and portrait modes. 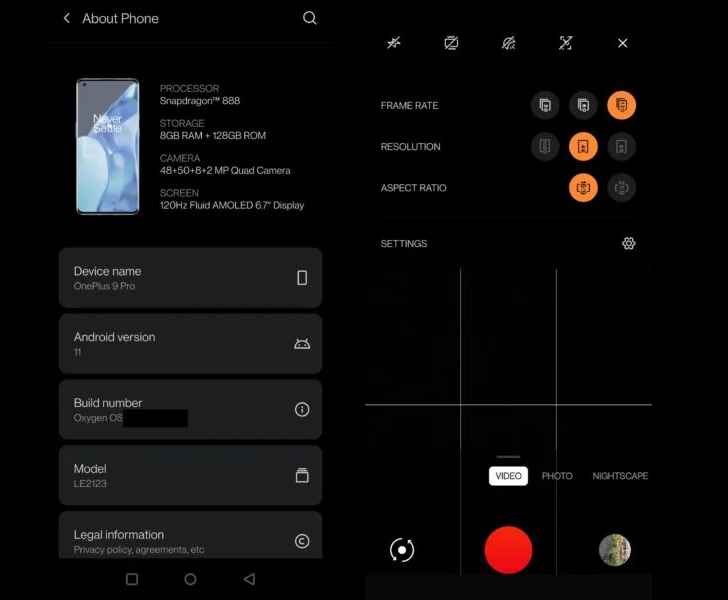 No word on the Oneplus mobile price yet but the camera menu has moved to the top; you're now given quick toggles for frame rate, aspect ratio, and resolution presets. You can also make out the default video settings — the OnePlus 9 Pro can shoot in 8K at 30FPS and in 4K at 120FPS. 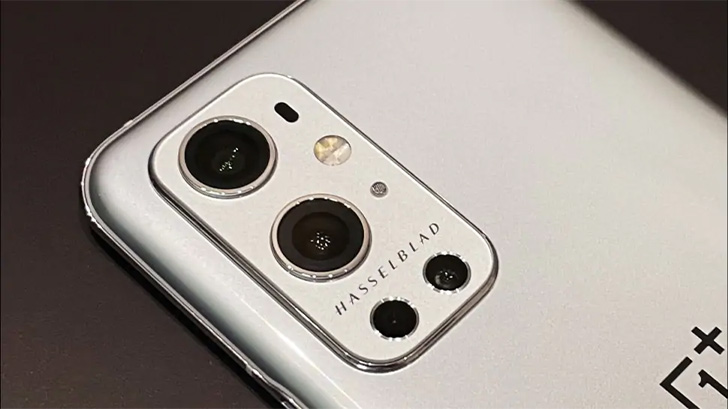 One screengrab also contains the phone's system information. The "About" section shows the front view of the device. We're looking at a 6.7" curved, 120Hz AMOLED screen. Plus, it has a single hole-punch cutout in its corner.

The latest Android11-based OxygenOS and Snapdragon 888 power the OnePlus 9 Pro. The base storage and memory are 128GB and 8GB, but the phone lacks microSD card expansion.