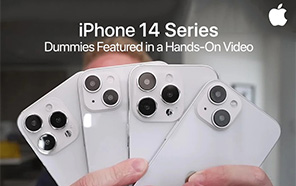 The iPhone 14 series is expected to go official in September this year, but numerous leaks have already pointed out the possible final design of the upcoming smartphones. We recently had an access to a hands-on video that compares the forthcoming and the earlier iPhone models. 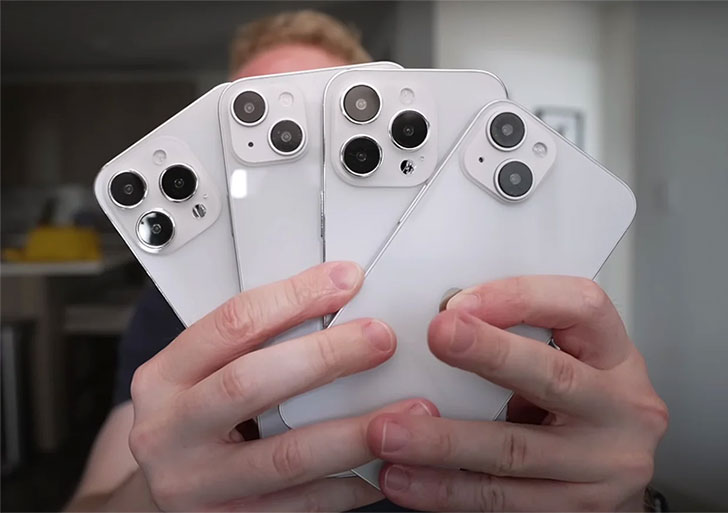 There’s a recent hands-on video from Sam Kohl of the iUpdate YouTube channel. He gives out all the design details of the iPhone 14 series as he shows off his own dummies of the series. There’s no confirmation whether this design language will be transferred to the original models, but these dummies provide a clear perspective and seem much closer to reality.

According to the naming scheme confirmed so far, this year’s lineup will comprise the iPhone 14 Max, 14 Pro Max, 14 Pro, and the standard iPhone 14. We can see in the video that the regular and the Max variants are almost identical to the last year's iPhone 13; only the 14 Max features a larger 6.7’’ screen. An identical notch and a carbon-copied camera layout are visible in the video alongside the same overall boxy aluminum chassis on the new models.

Based on the previous rumors, these two iPhones will share the ditto internals as the iPhone 13, i.e., the A15 Bionic. However, the RAM is expected to jump up to 6 gigs. Regarding the Pro editions, rumors suggest they will get the newer A16 Bionic chip. And the traditional notch will also change to a pill and punch-hole design, which the video cannot show.

Another big difference that can be seen is the more significant camera hump on the 14 Pro and the 14 Pro Max. It’s probably because these iPhone new models are expected to come with a larger 48 MP sensor. Besides that, everything looks pretty similar to last year’s models, from the overall design to the speaker placement.

We don’t have any official updates from Apple. However, these rumors will keep hitting the media until the actual launch of the iPhone 14 series, which is expected to be this fall.