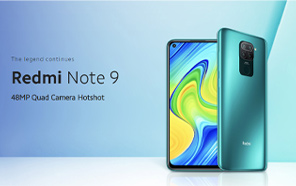 The standard Redmi Note 9 addition to Xiaomi’s Redmi Note 9 Series has been launched via a virtual event. The global variant of the recently-launched Redmi Note 9 Pro Max, dubbed Redmi Note 9 Pro (its namesake was introduced last month in India, mind you), also joined the international lineup. The original Redmi Note 9 Pro previously went official as Redmi Note 9S (global version). Puzzling? Definitely. Not only did Xiaomi introduce the series backwards, but by rehashing the names, it added further confusion to the mix.

Let’s talk about the brand-new base edition first. The Redmi Note 9 shares its design language with the ‘Pro’ and ‘S’ duo. It features a punch-hole display that stretches 6.53 inches across. The panel is IPS LCD which produces an FHD+ resolution and embeds a 13MP selfie shooter in its cutout. 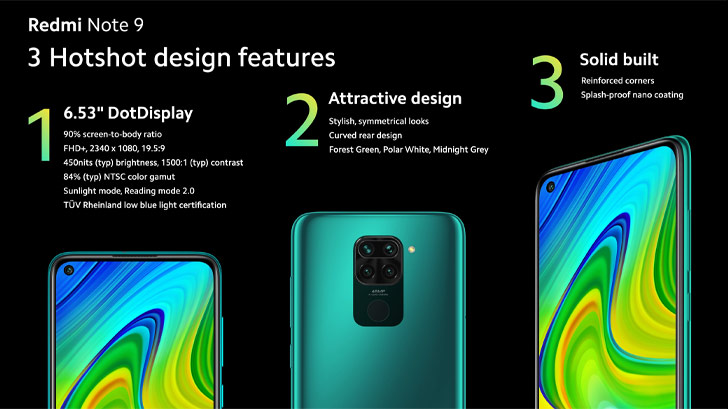 Go around the back to find two pill-shaped housings stacked on top of each other, and surrounded by a lengthened camera island. Each pill-style secondary housing contains two cameras, for a total of four. Right below the cameras, a capacitive fingerprint reader is also part of the main camera housing. The rear shell comes in Forest Green, Midnight Grey, and Polar White shades. 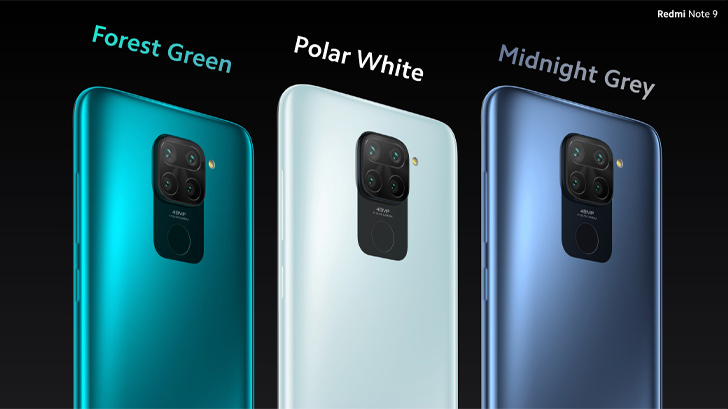 The camera combination features a 48MP primary shooter, an 8MP ultra-wide lens, and a pair of 2MP depth and macro shooters. The optics hardware is augmented with AI, but the main lens has an unremarkable f/2.0 aperture. 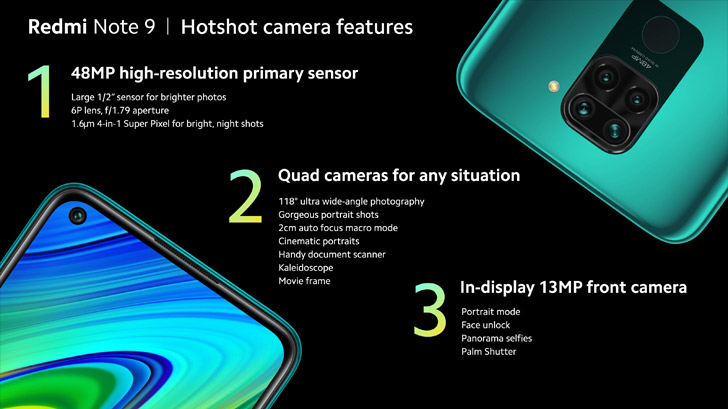 Running things behind the scenes is a MediaTek Helio G85 processor paired with 4GB + 128GB and 3GB + 64GB configurations. The setup is hooked up to a massive 5,020 mAh battery with support for 18W fast charging.

As touched on above, the global Redmi Note 9 Pro is the same phone as the Redmi Note 9 Pro Max. And if you’re familiar with the latter, you might already know that it has a 6.67-inch DotDisplay, with the in-display front camera resting in the center. 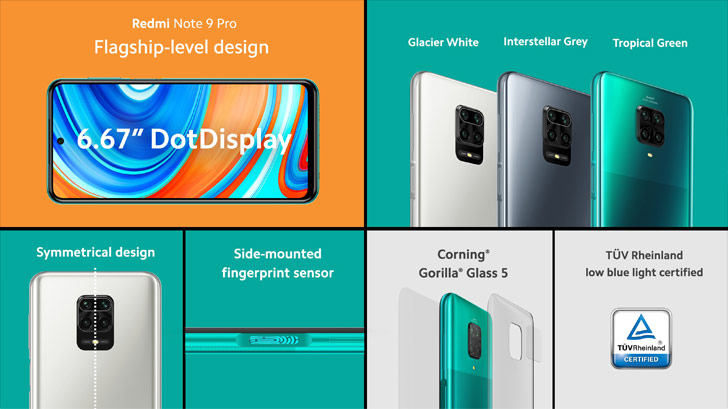 Although, it’s still an IPS panel so an optical fingerprint reader can’t go underneath it. The capacitive fingerprint reader lives on the phone’s power button as a side-mounted thumbprint reader. The main camera here has a 64MP sensor behind it, and its back panel comes in Topical Green, Glacier Green, and Interstellar Grey hues. 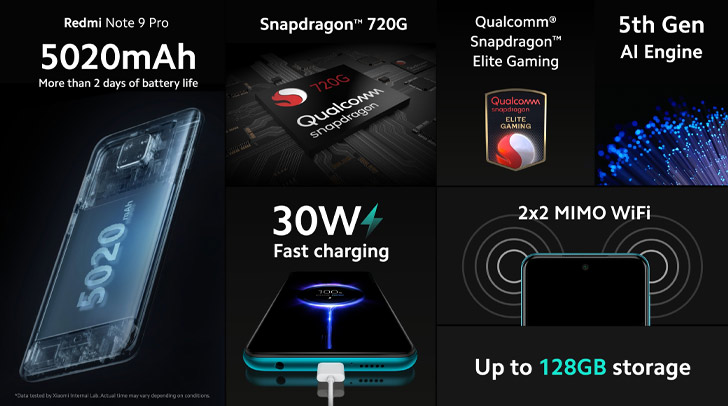 Its Snapdragon 720G processor works with 6GB of RAM and 64GB/128GB of native storage. A 5,020 mAh battery with 30W fast charging support powers the device.