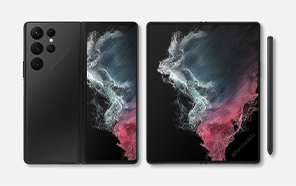 The Galaxy Z Fold 4 is the next-gen model of Samsung's foldable series. It's not slated for debut until Fall this year, but the rumor mill has brought us product mockups and a few specifications. Here are the details. 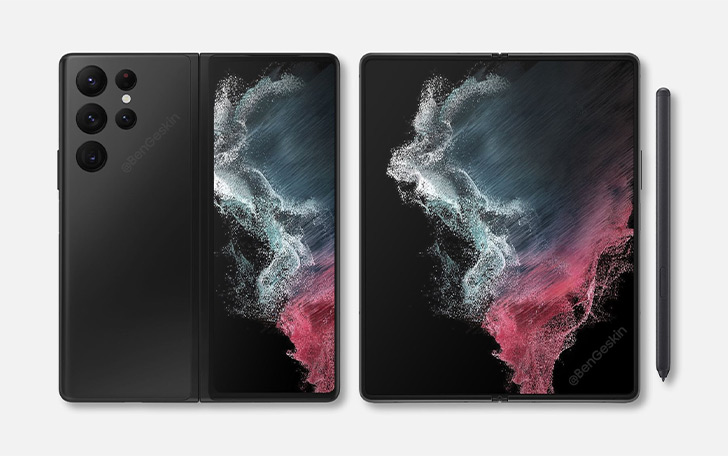 First off, Samsung Galaxy Z Fold 4 will borrow its camera system from the Galaxy S22 Ultra (except for the periscope zoom lens.) The advanced periscope-telephoto shooter remains exclusive to the Vivo X Fold for now. To review, the Z Fold 4 will feature a cluster of 108MP 1/3.33" primary, 10MP 3x telephoto, and 12MP ultra-wide cameras.

Samsung also reused the layout for the camera. It's a clean, minimalist design. And paired with the borderless, notch, or hole-free display, it's one of the sleekest foldables this year. Samsung has hidden the front camera below the screen once again. But instead of a low-res 4MP sensor, it's a 10MP shooter. 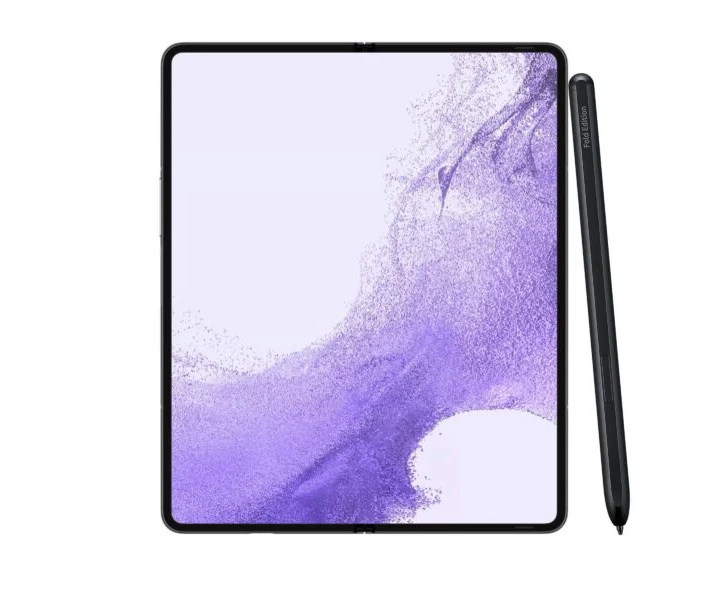 The new samsung mobile Galaxy Z Fold 4 has a dedicated housing for the S Pen Fold Edition. Last year's Fold Edition pen had a rubberized trip because the Ultra-thin Glass (UTG) cannot withstand the regular stylus. But Samsung is working on 'Super UTG' compatible with the standard S Pen.

Qualcomm Snapdragon 8 Gen 1+ chip is at the heart of the Galaxy Z Fold 4. It's also lighter and more durable, and the hinge engineering has been improved.