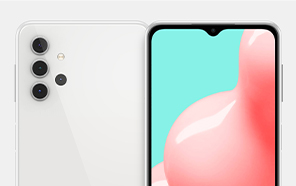 The Samsung Galaxy A32 5G is going to be the new most affordable 5G phone from Samsung. A trusted phone leaker, Steve Hemmerstoffer, better known by his Twitter handle @OnLeaks, recently published its product mockups. Yesterday, the A32 5G was featured on the Geekbench database. Not to mention in a certification document that Samsung secured for it. 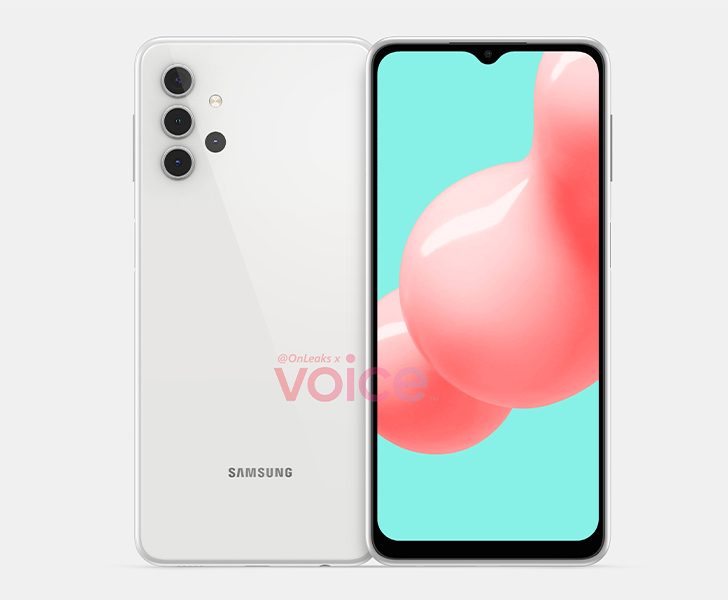 You can find the Samsung Galaxy A31 successor under the model number SM-A326G on Geekbench. The scorecard gives us the chipset, memory, and OS details. 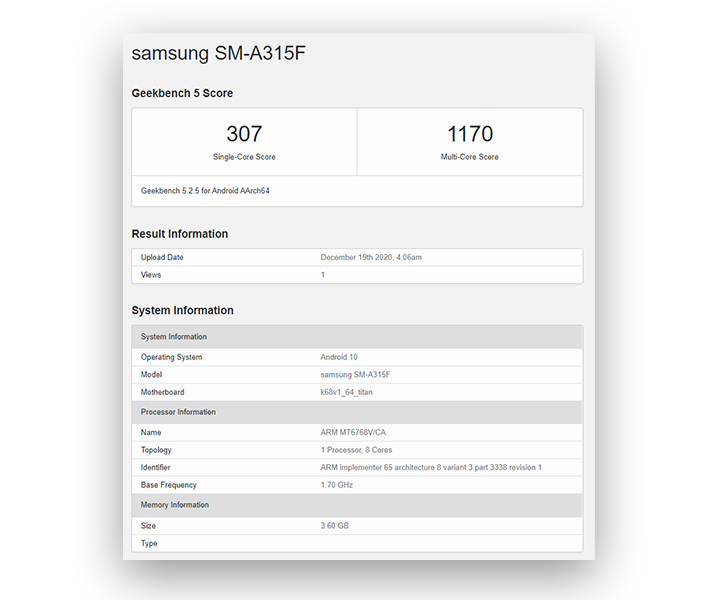 The improvement in Samsung Galaxy A32 5G's benchmarks comes from the faster Dimensity 720 chip (listed here under its model name MT6853V). It’s an entry-level 5G mobile platform from MediaTek — compared to Galaxy A31 and its MediaTek Helio P95. The phone’s base memory is still 4GB, but it now runs on Samsung’s latest OneUI 3.0, powered by Android11. Samsung new model 2020 List has already come to an end and the handset is expected to arrive early next year. 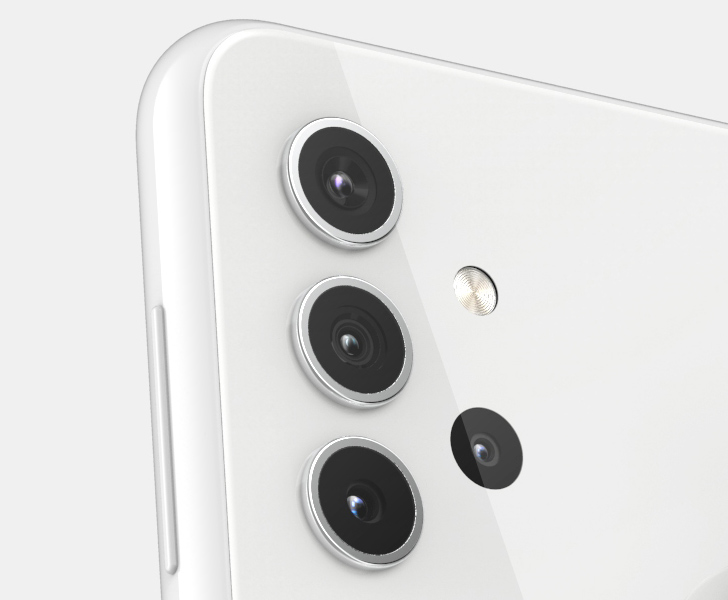 This week, the Galaxy A32 5G was certified by the FCC (the American Federal Communication Commission). The certification document confirms that Samsung is sticking to the 48MP camera that debuted with the A31. Three other cameras join the primary camera, each housed in a chrome ring.

The Samsung Galaxy A32 doesn't have the oversized, protruding camera island, making it the most imaginative Galaxy A series design we’ve seen this year. The NFC support, 5000 mAh battery, and its accompanying 15W charging will be carried over as well.