Yesterday, Samsung unceremoniously announced the 4G edition of their cheapest 5G phone, the Samsung Galaxy A32. The press release contains the phone’s specifications but no pricing or availability details. It’s the same LTE edition that’s presumably coming to Pakistan. 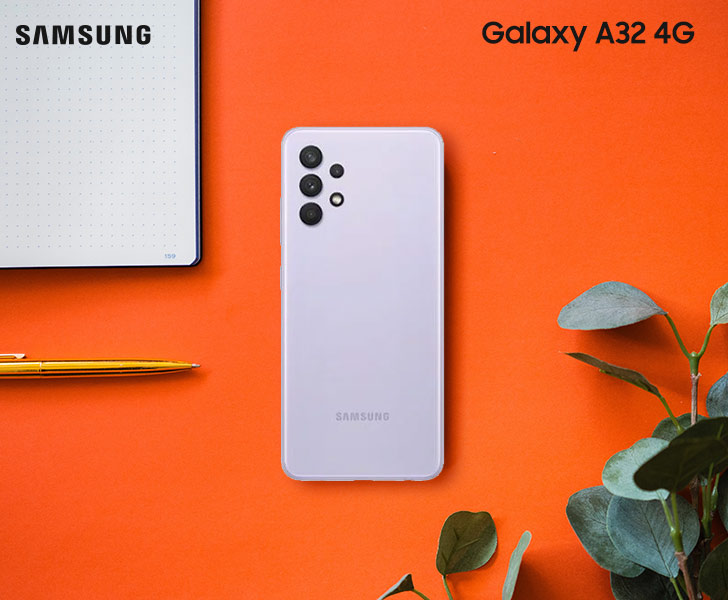 As we covered in a story preceding this announcement, the Galaxy A32 4G doesn’t cut as many corners as its 5G cousin. In contrast to the poor quality TFT LCD screen the A32 5G adopted, the Samsung Galaxy A31's successor aka the A32 LTE has a 6.4” super AMOLED screen.

It produces a full HD resolution and a 90Hz refresh rate while housing an on-screen optical fingerprint scanner. The Galaxy A32’s notch is slightly tweaked — instead of a V-shape, it’s carved into a U-shape. A 20MP sensor and an f/2.2 lens are bound inside this notch. 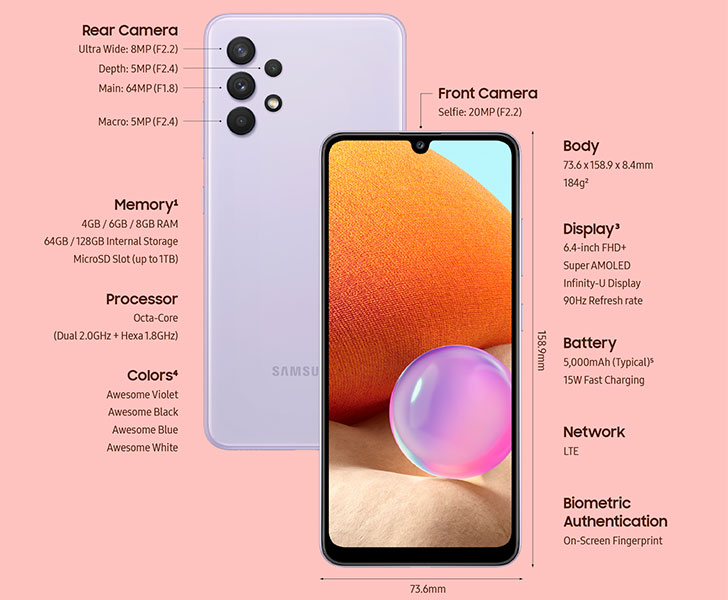 Samsung Galaxy A32 is one of Samsung’s better designs. It’s fresh, clean, and doesn’t have an unsightly camera plate around the lenses. The quad-camera features a 64MP f/1.8 wide lens, an 8MP ultra-wide camera, a 5MP macro lens, and a 5MP unit for depth-sensing. The camera system is another cutback Samsung made for the 5G feature in Galaxy A32 5G. The phone is all set to launch in the Asian countries and we expect it to be added soon to the Samsung phones in Pakistan. 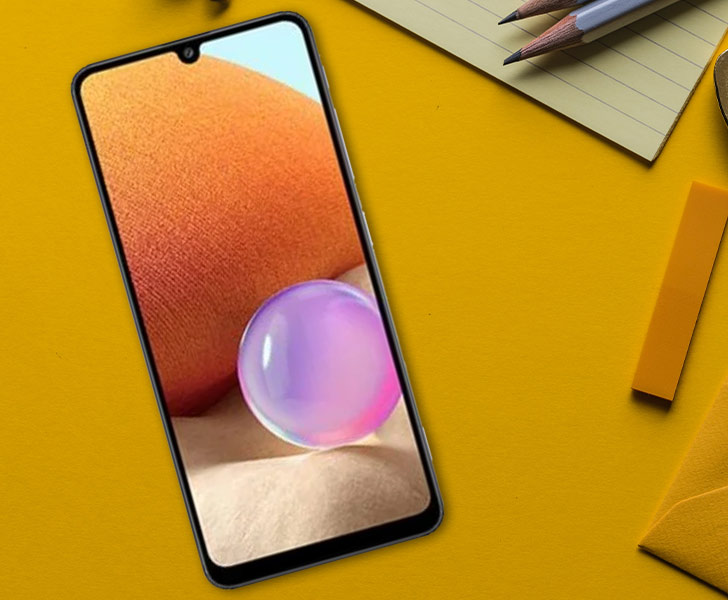 To no one’s surprise, the chipset isn’t named in the specification sheet, only that it has an octa-core CPU clocked at 2 GHz. But based on reports and rumors, it’s the Helio G85 from MediaTek’s budget gaming line.

You get three memory and two storage options — 4GB/6GB/8GB and 64GB/128GB. All variants offer up to a terabyte of storage expansion. Lastly, the A32 4G is backed up by a standard 5000 mAh battery that fast charges over 15W. It comes in Awesome Violet, Awesome Black, Awesome Blue, and Awesome White colorways.