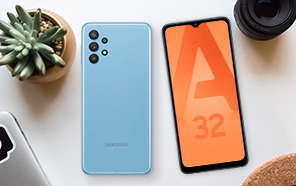 Samsung Galaxy A32 4G Leaked in New Product Images; Super AMOLED Display is in the Cards

Released in late January this year, the Samsung Galaxy A32 5G is currently the cheapest 5G phone in Samsung’s catalog. But a 4G edition of this phone is also in the works. Although no launch date has been shared yet, the Galaxy A32 4G was leaked in unofficial product images. 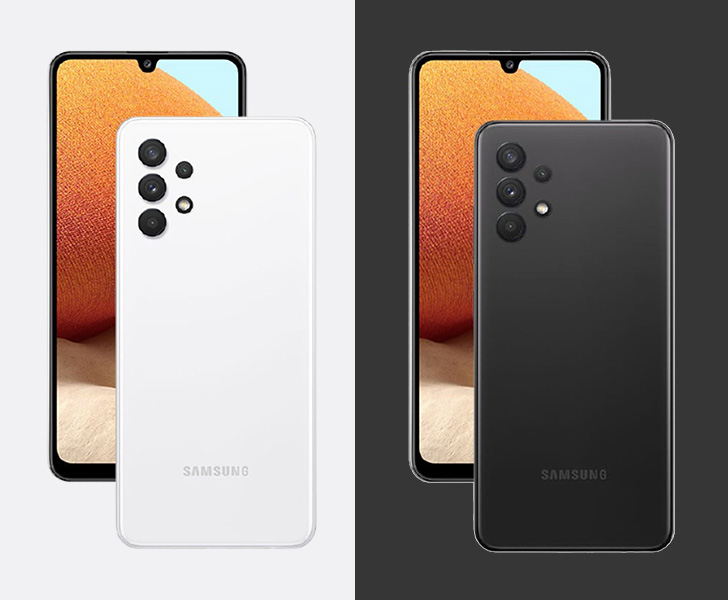 For our readers out of the loop, the Galaxy A32 5G was an otherwise decent budget phone, but its screen was a low-end TFT panel. Samsung may have tweaked that in the 4G edition.

Based on the Galaxy A32 4G images, the upcoming device has a U-shaped notch, where the A32 5G has the Infinity-V notch just like the Samsung A12 in Pakistan. Also, the 5G variant featured a side-facing thumbprint scanner merged with the power button.

Since no physical fingerprint scanner is to be seen in this new phone, it’s safe to assume that Samsung picked an in-display fingerprint solution. Without the expensive 5G chip to add to the cost, Samsung Galaxy A32 4G would use an OLED screen — like its predecessor, the Galaxy A31.

The A32 4G has previously been benchmarked on Geekbench like all the Samsung phones, so its chipset and memory details are all-but-confirmed. MediaTek Helio G85 powers the phone. Plus, you get 6GB of memory for multitasking. Save for the new chip and possibly the OLED screen, the Samsung A32 4G has the same specifications as its 5G sibling. 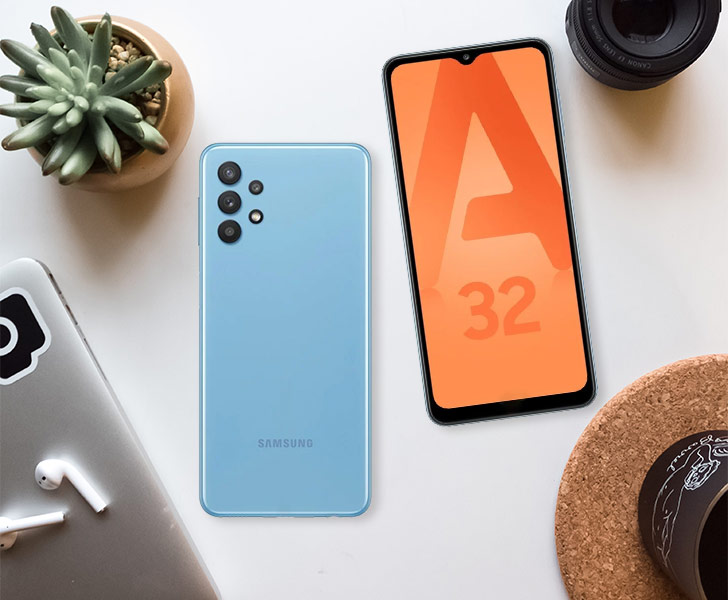 A 5000 mAh battery, 15W fast charging, powers the Galaxy A32 4G. The phone has NFC support, a 3.5mm headphone jack, a storage expansion slot, and the latest Android11.

The quad-camera is a predictable array: 48MP f/1.8 wide, 8MP ultra-wide, 5MP macro, and 2MP depth sensors. The front camera has a 13MP sensor behind it. Lastly, Samsung Galaxy A32 4G will be available in Awesome Black, Blue, Violet, and White colors.