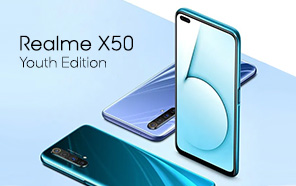 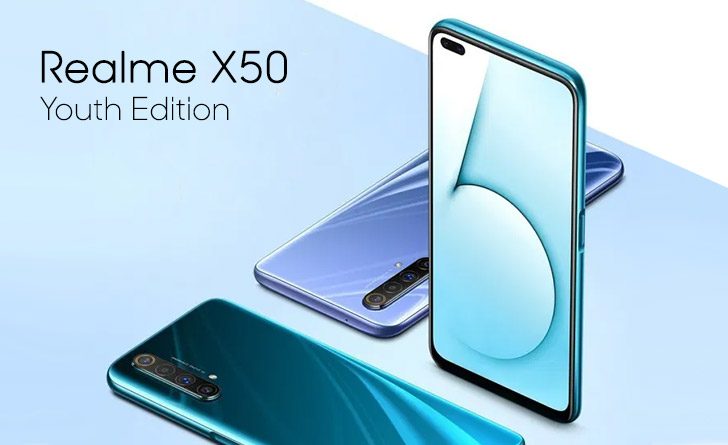 The new Realme phone is allegedly be powered by a MediaTek Dimensity 1000 chipset, which offers built-in support for 5G. The listing details the 5G connectivity but doesn’t confirm the chipset model. The Realme X50 Youth borrows its 30W VOOC 4.0 flash charging support from the standard Realme X50. The battery capacity is rumored to be 5,000 mAh.

Speculation has that the phone’s display measures 6.55 inches featuring a 32MP selfie shooter. Note that the original X50 had a 90Hz refresh rate. But unlike its predecessor, the X50 Youth could debut with a standard 60Hz display. Realme has opted for up to 8GB of RAM and 128GB of native storage based on earlier leaks.

The primary camera of X50 Youth is rumored to be a 16MP sensor that works with an 8MP ultra-wide lens, a 2MP portrait lens, and a 2MP macro shooter. If the typical Realme design language is anything to go by, this quad-camera could be stacked inside a vertical housing.

The reports don’t inform us of a launch date, neither it hints toward the Oppo Prices but since it has passed through the certification authority, its official announcement shouldn’t be far off.