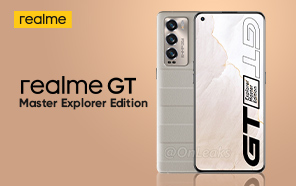 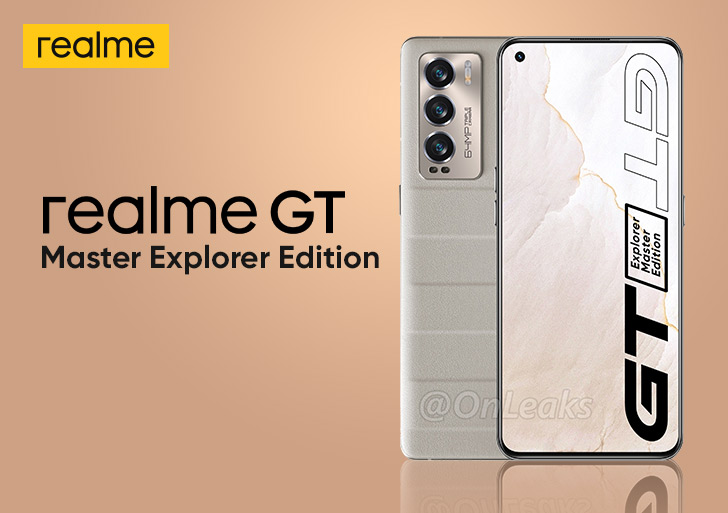 Courtesy of Steve Hemmerstoffer, better known as @Onleaks, the high-quality product renders showcase the Realme GT Master Explorer in two colorways — gray and beige. The backplate has a faux leather finish with a rugged texture. Three cameras are encased inside a squared-off housing with a paint job to match.

The screen has an even, uniform, and trimmed bezel all around. As per TENNA, we’re looking at a 6.55” OLED screen with a Full HD resolution. A single hole is punched through it, containing a 32MP selfie camera. The rear camera array is made of 64 MP wide, 8 MP ultrawide, and 2 MP macro lenses. The handset will soon join the Realme price list. 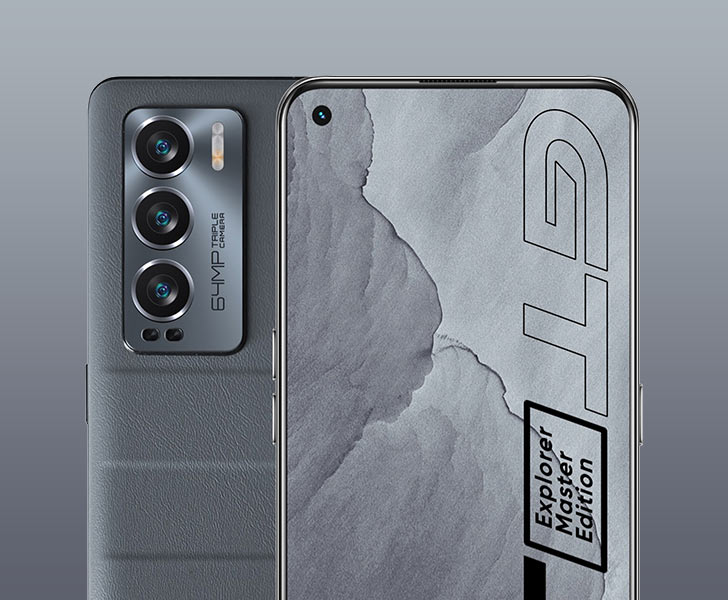 @OnLeaks further notes that the Realme GT Master Explorer edition has the Qualcomm Snapdragon 870 chip at its core — an overclocked variant of the Snapdragon 865+. It’s powered by a 4300 mAh battery that quick-charges over 65W.

You get up to 12GB of memory and 512GB of internal storage. Realme UI, based on Android11, runs on the GT Master Explorer right out of the box. Realme has the two phones slated for launch on July 21.