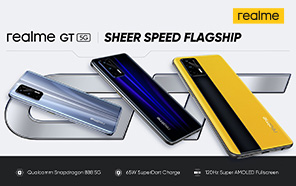 Early this year, Realme unveiled its first Realme GT flagship in China. Powered by the fastest Qualcomm chip and featuring a high-end leather design, the new realme mobile phone just went global. It made its international debut in Europe; it goes on sale on June 21.

The Realme GT 5G is the most affordable Snapdragon 888 phone, making it one of the rare flagship killers. This next-gen 5nm chip is combined with 128GB/256GB of blazing-fast UFS 3.1 storage and 8GB/12GB of LPDDR5 memory.

A 4500 mAh battery fuels the Realme GT. 65W SuperDART charging delivers a full top-up in just 32 minutes. And a single charge is good for at least fourteen hours of video streaming. The setup is kept cool with a stainless steel vapor chamber. 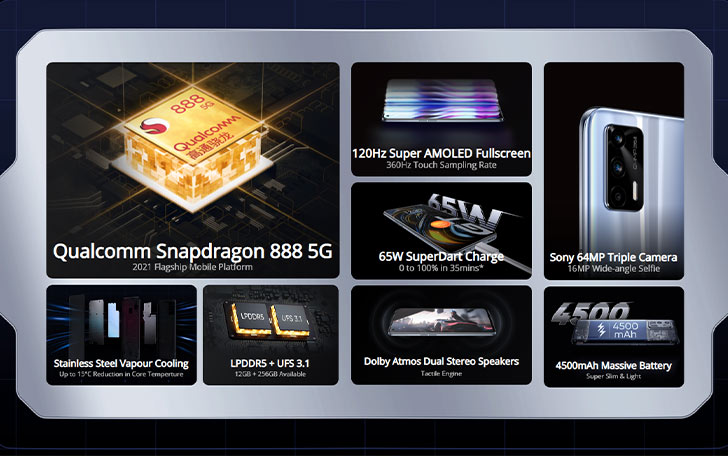 Like the recent Realme 8 Pro, this performance-focused Realme doesn’t cut corners on the visuals either. We’re looking at a 6.43” SuperAMOLED that produces a full HD resolution, an ultra-responsive 360Hz touch sampling rate, and a fluid refresh rate of 120Hz. Realme GT has a single hole punched through its corner and an optical fingerprint scanner housed underneath. 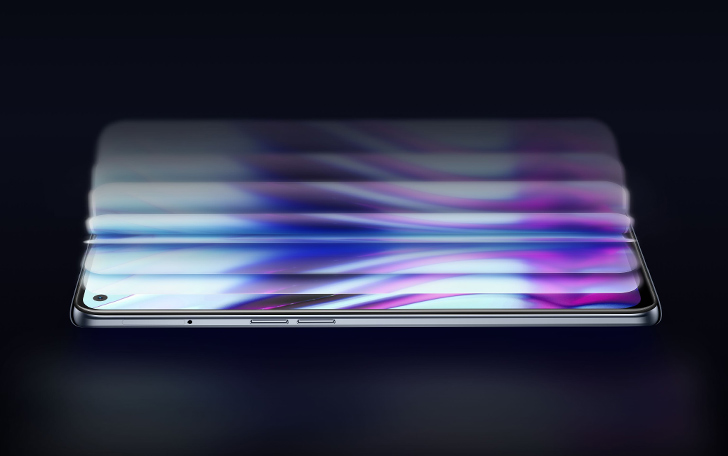 The linear motor inside the Realme GT provides a realistic tactile experience; speakers are dual-certified by Dolby Atmos and Hi-Res Audio for immersive audio. You’ll also find a 3.5mm audio jack on the GT. The back has a racing stripe running across it, available in leather and glass variants — Racing Yellow, Dashing Silver, and Dashing Blue colors.

Realme GT’s camera system is the only aspect of this phone not on par with a flagship. The triple-camera on its back uses a 64MP wide lens, an 8MP ultrawide camera, and one 2MP macro sensor. It starts from €449 (~ Rs. 84,700.)