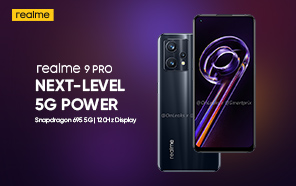 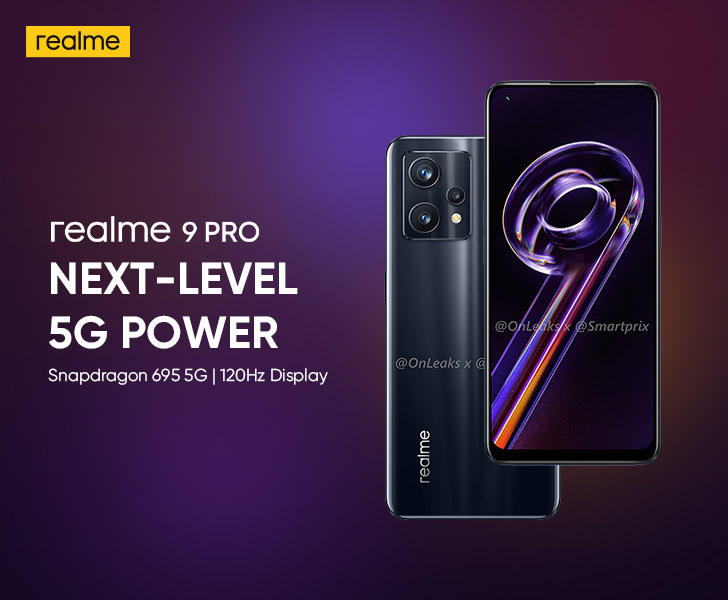 Realme’s design language has become homogeneous across the GT series. And the Realme 9 Pro series borrows that look as well. We’re looking at the same chamfered, curved casing with a camera rectangle stretched to the middle. Three lenses and an LED flash make up a cluster inside this housing. The frame has two volume rockers and one power button on the opposite sides. 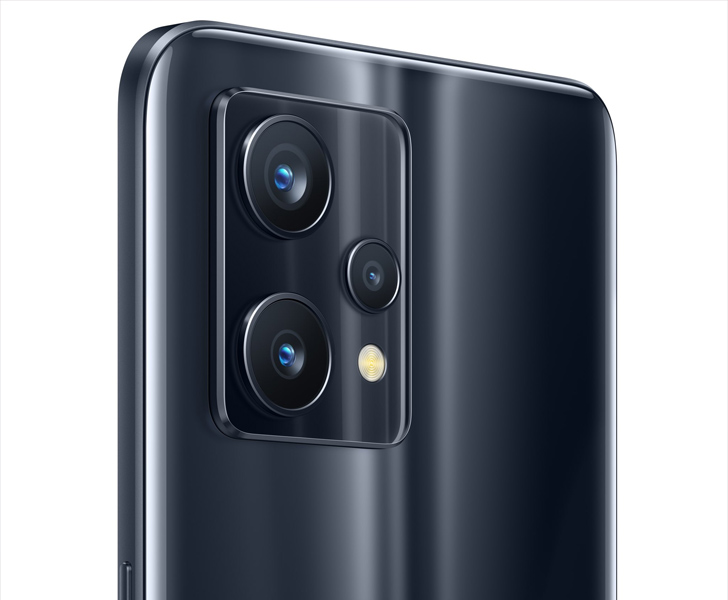 We also have the key specs of the Realme new Pro model to report. First, realme is bringing 5G back to the series again. Realme 9 Pro has the Qualcomm Snapdragon 695 at its heart — a newly announced 5G chip built on a 6nm node. It’s hooked up to a 5000 mAh battery that charges at 33W. Up to 8GB of multitasking memory rounds off this setup.

The 6.59” screen is a 120Hz, 1080P OLED with a hole punched through its corner. Other than the 16MP front camera, the Realme 9 Pro also has a fingerprint scanner embedded in the screen. Three lenses — a 64MP wide-angle, 8MP ultra-wide, and 2MP — make up the rear camera.