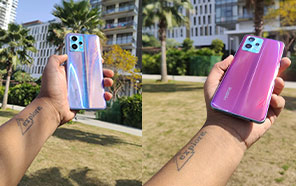 Realme is only days away from officially unveiling the Realme 9 Pro series. It features the Realme 9 Pro and 9 Pro+. Both phones have already been featured in a review video. And it was also caught in the wild before the launch.

Courtesy of the Twitter user @NeonVikash, we get a set of six photos featuring the Realme 9 Pro Plus. They showcase the phone’s pink-blue edition. It will also be available in Midnight Black and Aurora Green.

The polished mirror blue changes to hot pink when exposed to sunlight. Light streaks and sparkle accent the finish. Fluid light trails were an essential part of the Realme design language. The casing is chamfered along the edges and soft around the corners. We find a speaker grille, mic, USB-C port, and 3.5mm audio jack on the chrome chassis.

We’re looking at a 6.43” 1080P SuperAMOLED that offers punchy colors, sharp contrast, and 1000 nits of brightness. The display of the upcoming addition to the Realme price book refreshes at a smooth 90Hz. And a hole punched through the corner houses a 16MP front camera. 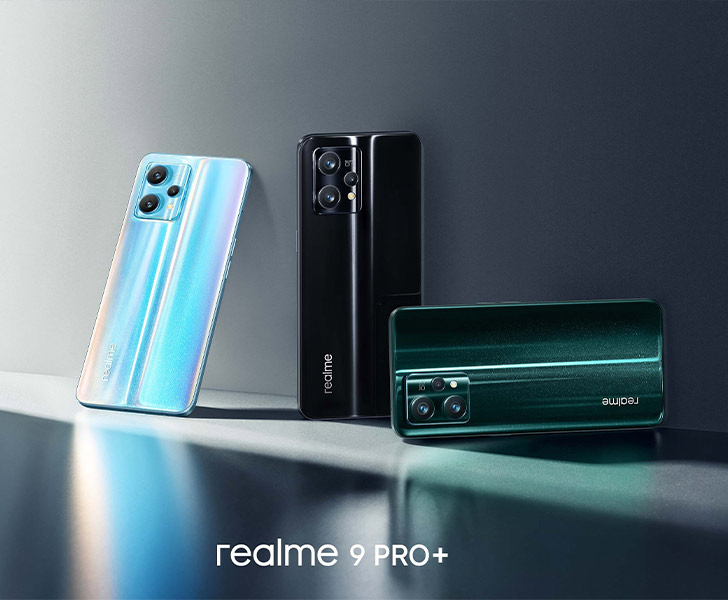 Plus, Realme has hidden an optical fingerprint scanner under this panel that doubles as a heart rate monitor. The rear camera array features a 50MP OIS lens, an 8MP ultra-wide shooter, and a 2MP portrait sensor.

Everything runs on the MediaTek Dimensity 920 5G chip and a 4500 mAh battery. The charging speed peaks at 33W. And the Realme UI x Android 12 powers the Realme 9 Pro+.