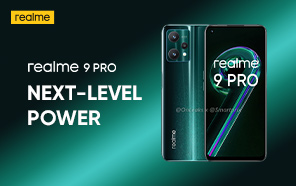 The series of piecemeal leaks surrounding the upcoming Realme 9 Pro line continues. In the latest episode, we learn the memory configurations, color options, and more relevant specs belonging to the Realme 9 Pro. Let’s take a look. 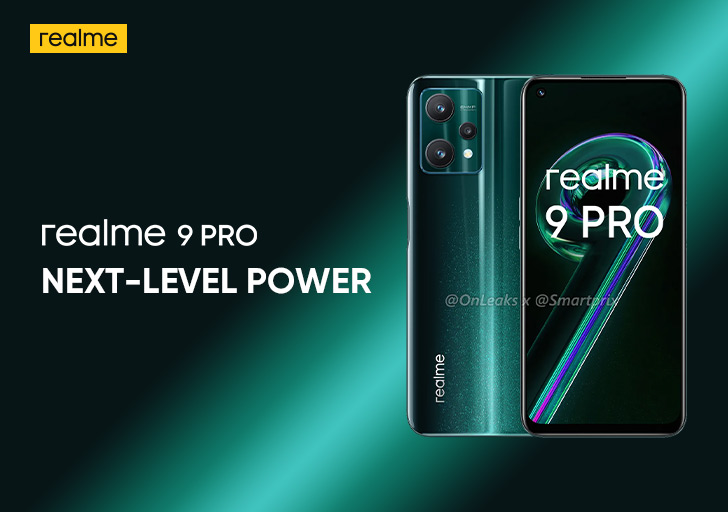 MySmartPrice, citing Mukul Sharma, notes that the Realme 9 Pro comes in three editions. All models rock 128GB of UFS 2.2 storage. But they’re paired with 4GB, 6GB, and 8GB of memory. The baseline 4GB+128GB flavor will be the cheapest in this trio. Other than the Realme 9 Pro, Realme also has the Realme 9 Pro+ lined up for launch.

In addition to the gray finish we’ve seen in several mockups, the Realme 9 Pro comes in speckled emerald and Sunrise Blue tones. The casing has chamfered edges, soft corners, and etching to contain the thumbprint scanner and power button duo.

Turn the Realme 9 Pro over to find a 6.6” SuperAMOLED panel. It peaks at 1080P resolution, a 120Hz super-smooth refresh rate, and almost 400 pixels per inch. HDR10+ content is also supported. 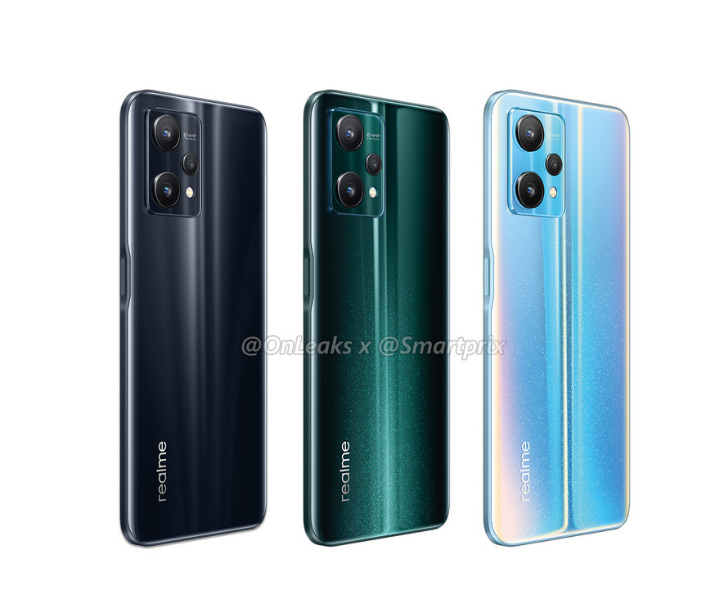 No word on the Realme phone prices yet. As far as the camera setup is concerned, three lenses and an LED flash create a matrix on the phone’s back. Realme 9 Pro features one 64MP f/1.8 wide, one 8MP ultra-wide, and a 2MP macro shooter. The front shooter, embedded in a hole punch, has a 16MP sensor behind it.

The chip inside the Realme 9 Pro is the Qualcomm Snapdragon 695, built on a 6nm process. 5G is offered with both Pro models. A 5000 mAh battery and 33W charging power the phone. Android 11 x realme UI runs on the Relame 9 Pro.