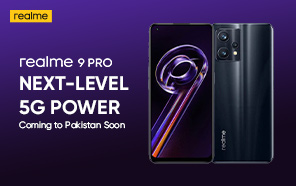 We're only a couple of weeks away from the official launch of Realme's 9 Pro series. Featuring the Realme 9 Pro and Realme 9 Pro+, the duo has already been featured in leaked press images. Not to mention several public certificates. But the specs were a mystery for the most part until now. The source that first revealed the press renders for the Realme 9 Pro has followed up with a detailed specifications chart. 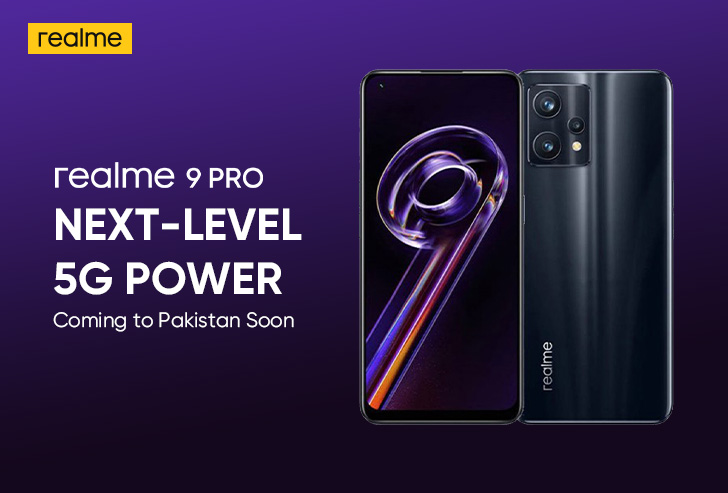 Before we get into the specs, let’s briefly go over the launch timeline. The two Realme 9 Pro phones are slated for a debut sometime in February. After that, the duo will first drop in Europe. And then land in Pakistan in March 2022, as reported by trusted WhatMobile sources. The baseline Realme 9 should follow later in the second quarter of 2022.

Coming back to the Realme 9 Pro specs, which PassionateGeekz published, we learn that the phone rocks a brand new 5G chip. Qualcomm Snapdragon 695 5G is a recently-announced budget platform supporting sub-6 and blazing fast mmWave networks. The 6nm node it’s built on delivers better efficiency. Plus, the new ISP produces better photos than its predecessor, especially in low-light. 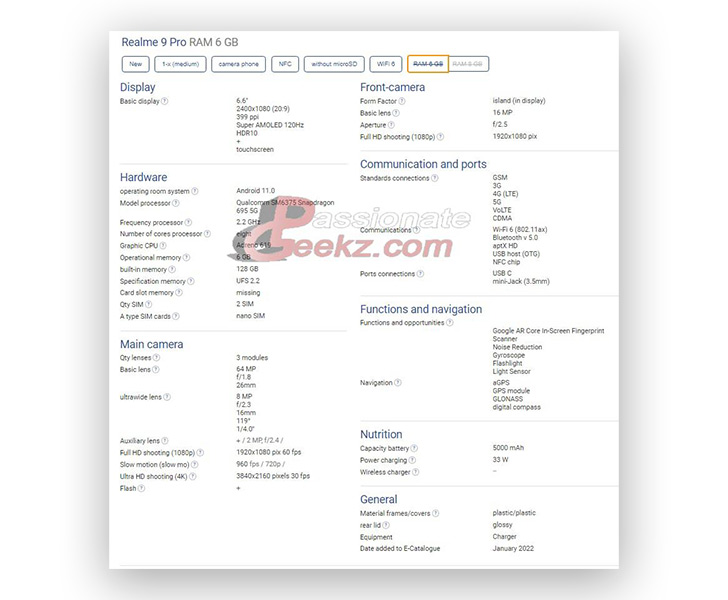 Realme 9 Pro's chipset comes paired with either 6GB or 8GB of memory. You get 128GB of UFS 2.2 storage, but the dedicated microSD slot was removed this year. Everything runs on a 5000 mAh battery that now quickly charges over 33W (up from 18W.) Despite the newer version being rolled out, the upcoming member of the Realme price list ships with the Android 11 x realme UI.

The screen is a 6.6” SuperAMOLED panel featuring a 1080P resolution, 120Hz refresh rate, and a pixel density of 339 PPI. Realme has hidden a fingerprint scanner beneath the display. Plus, the Realme 9 Pro supports HDR10+ content.

We find a 16MP front camera embedded in the display. Three lenses — 64MP f/1.8 wide, 8MP ultra-wide, and 2MP macro shooters — make up the cluster on the phone’s back. With this latest report out, the only missing piece is the pricing.