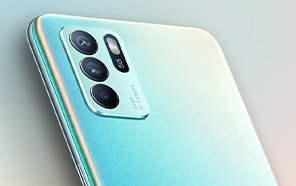 Oppo hasn’t closed out their mid-range Reno6 series just yet. The brand has at least one more edition in the works. The early promos for the Oppo Reno6 Z have previously been featured on a microsite, giving us a glimpse at the design and launch date. Yesterday, the Reno 6Z was benchmarked on the popular platform Geekbench. 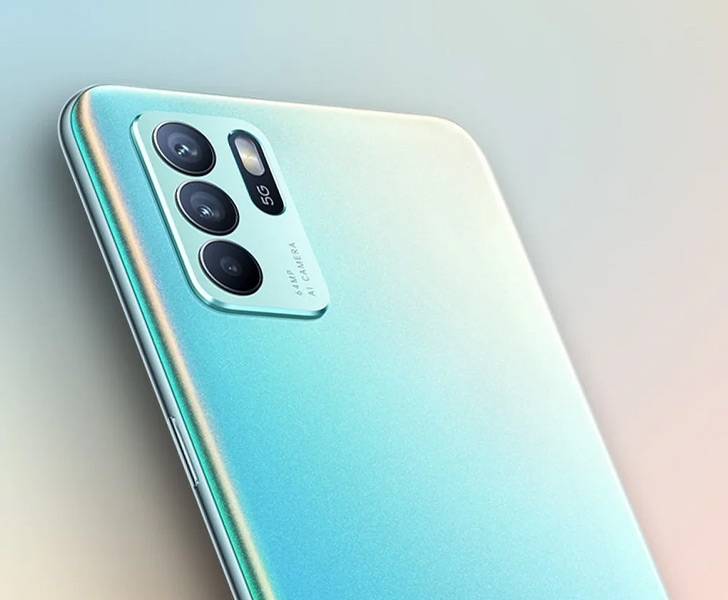 You can find the Oppo Reno6 Z on the Geekbench 5 database under the model name ‘CPH2237.’ Its scorecard contains system specs and performance points. First off, the new Reno phone has the Dimensity 800U at its heart — a 5G-focused mid-range MediaTek chip.

The Reno5 Z that came out earlier this year uses the same mobile platform. So the Reno6 Z offers no significant bump in terms of performance. On its single-core, the phone manages 589 points and hits 1749 points on peak multi-core tests. Compared to the 595 and 1782 scores of its predecessor, you’ll note a slight decline. 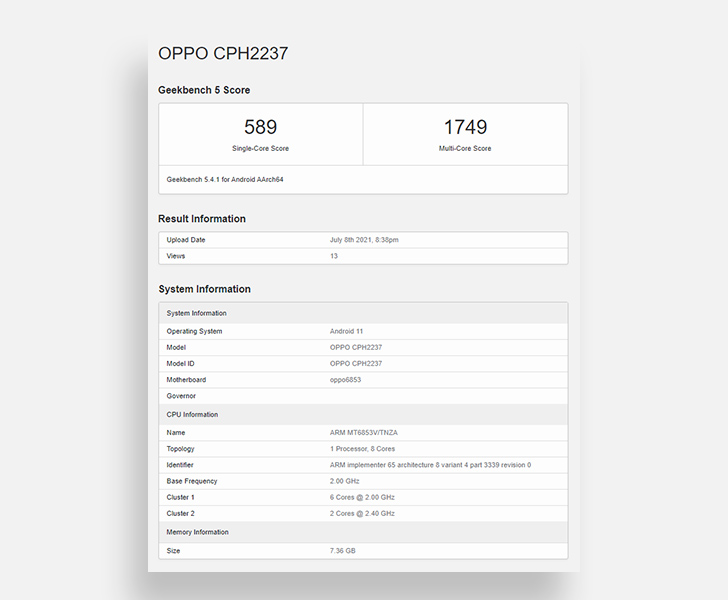 In a similar vein, the 8GB of memory and the ColorOS 11, based on Android11, are also inherited wholesale. Reno 6Z will join the Oppo price list in Thailand on July 21. The rest of the specs remain to be confirmed, but the rumor mill has more to say. We’re looking at a 6.43” OLED screen with a Full HD resolution and an in-display fingerprint scanner.

The camera system uses 64MP wide, 8MP ultrawide, and 2MP macro lenses. Plus, a 32 MP selfie camera is housed inside a hole-punch. The phone is backed by a 4310 mAh battery that fast-charges over 30W. Its storage goes up to 256GB.