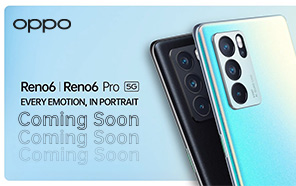 The Oppo Reno 6 series made its global debut last month, and it's being rolled out to more markets now. The Oppo Reno 6 Pro and Reno 6 are headed to Pakistan next month, sources told WhatMobile. The new Reno phones offer refreshed designs, lightweight footprints, and 5G across the board. We'll briefly review the features and specs here. 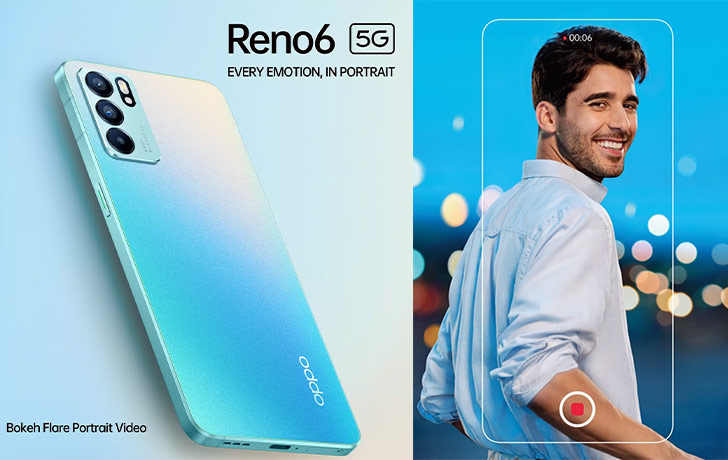 The Oppo Reno6 design is inspired by the current iPhone 12 line. We're looking at a flat-edged frame and squared backplate. It’s finished in the signature "Reno Glow" in Stellar Black and Aurora colorways. The shell is 7.59mm deep and weighs 189g. Oppo also ditched the giant lettering seen on the previous iterations. 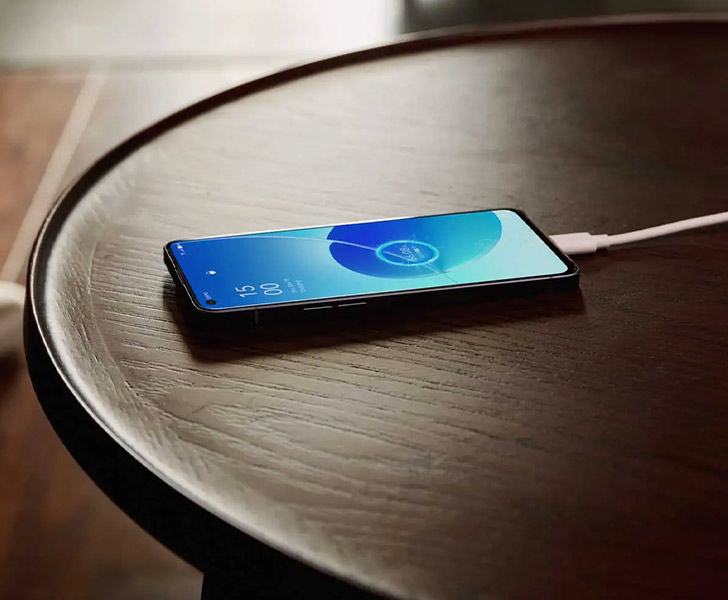 The screen is a 6.43" OLED panel with a Full HD resolution, fast 90Hz refresh rate, and 180Hz touch sampling. Expected to be added soon to the Oppo price list Pakistan, the handset has three cameras — 64 MP wide, 8MP ultrawide, and 2MP macro lenses — are mounted on the back. Out on the front, a 32MP selfie camera is encased in a notch. 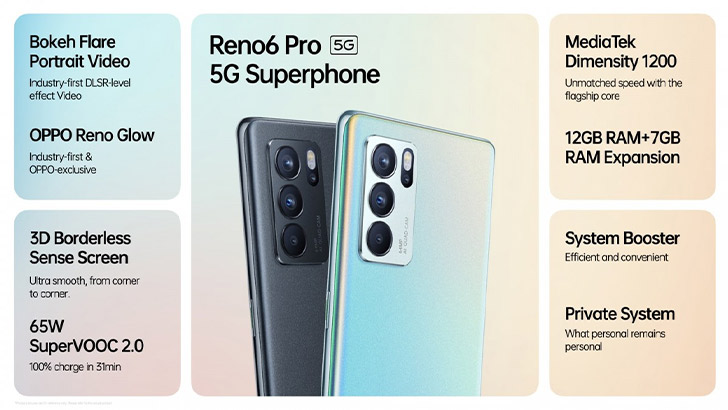 The Pro model takes design cues from the Reno6. It's also more squared-off this year, but the shell is curved and chamfered along the edges, as does the display. Oppo offers it in the same two colorways, albeit the body weighs just 177g. 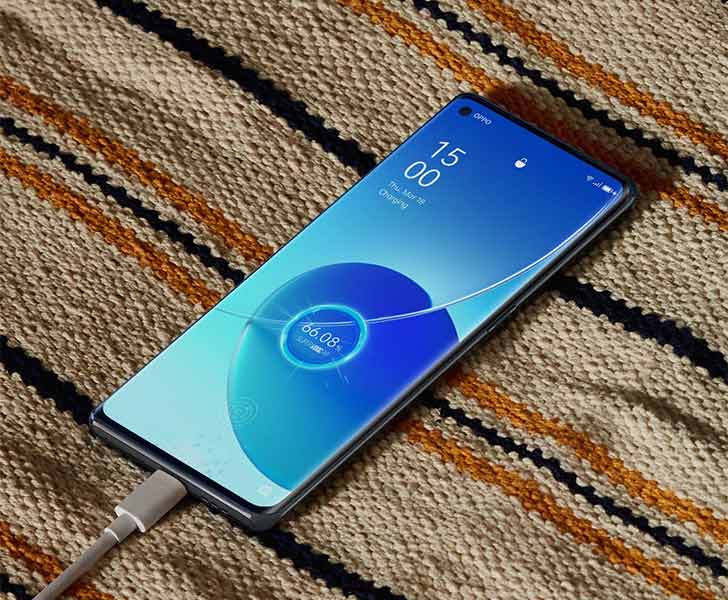 The curved display is 6.5" with roughly the same specs as the standard Reno6. Its hole-punch is smaller, however, leading to a 92.1% screen-to-body ratio. The camera array is carried over wholesale.