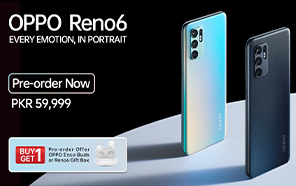 At yesterday’s launch event hosted by Asim Azhar and Maya Ali, Oppo introduced the new Reno6 Series to the Pakistani market. The lineup features Oppo Reno6 and Oppo Reno6 Pro. Both phones support 5G, refined portrait modes, ultra-fast charging, and sleek designs. The Reno6 is already up for pre-orders, and the Reno6 Pro will follow later in October. 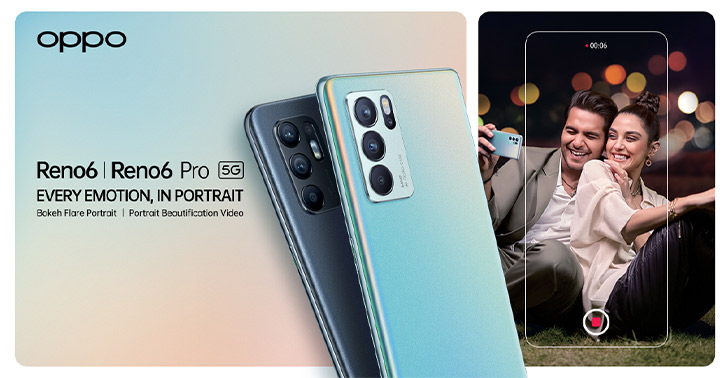 You can pre-order the phone via Daraz. With each OPPO Reno 6 pre-registration, Oppo throws in a free pair of OPPO Enco Buds and a gift box. And it hits store shelves on September 14, starting from Rs. 59,999.

Unlike the Chinese edition of the Reno6, the Pakistani Reno6 has a more conventional design. The edges aren’t flat and sharp; they’re curved and chamfered. A cluster of four lenses and LED flash is housed inside the camera plate. 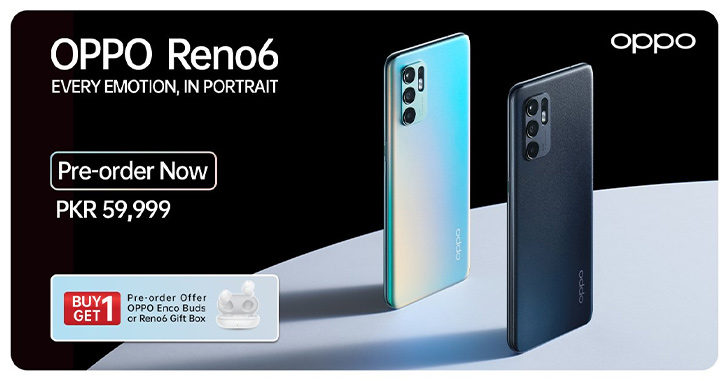 But at 173g of weight and 7.8mm of depth, the new Oppo mobile phone 2021 is still as featherweight as ever. The Reno6 sports two ‘Reno Glow’ finishes: the iridescent Aurora and the muted Stellar Black. Its screen — a 6.4” OLED panel featuring a 1080P resolution, 90Hz refresh rate, support for HDR10+ content, and 180Hz touch sampling rate — has a hole punched through its corner. 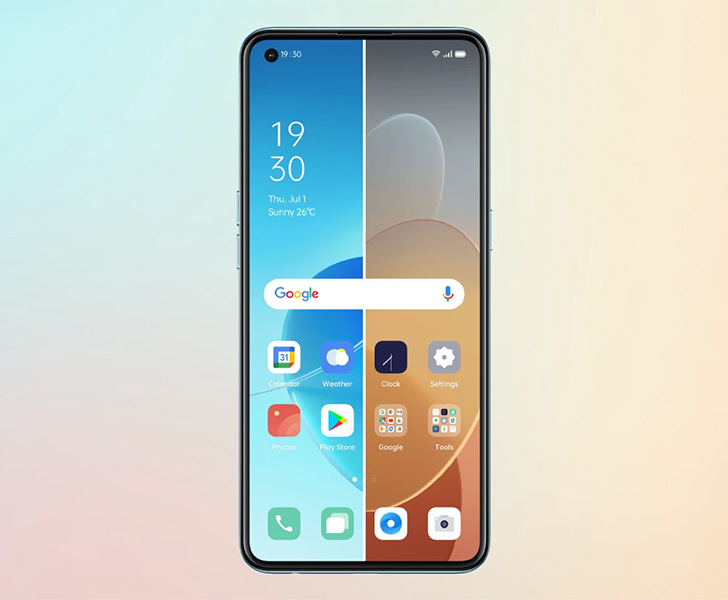 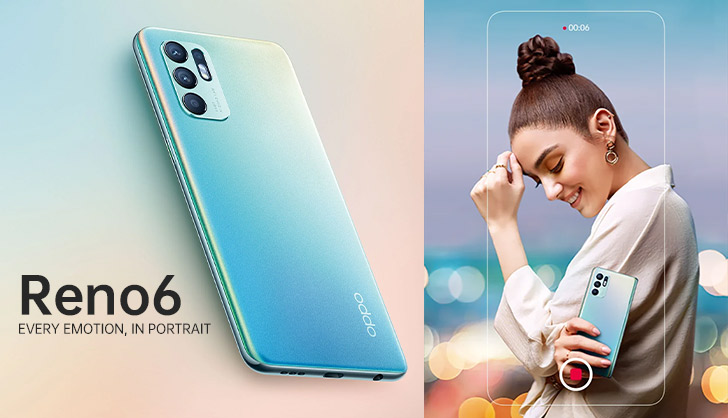 It’s powered by the 8nm Snapdragon 720G chip, 8GB of memory, and 128G of internal storage. The 4310 mAh battery inside the Reno6 flash charges over 50W. A multi-cooling system keeps the phone from throttling. Plus, Dolby Atmos delivers immersive surround sound.

The Reno6 Pro 5G has an identical design, camera system, and display specs (but the screen melts along the edges.) The flagship Dimensity 1200 is at the heart of the Reno6 Pro, paired with 12GB of RAM and 256GB of internal storage. The 4500 mAh battery comes with faster 65W charging support. Oppo promises a full top-up in just 31 minutes!