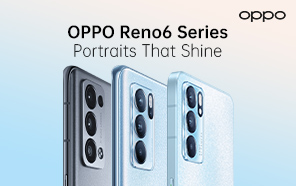 Oppo refreshed the Reno series for the second time this year. The new Reno6 lineup, featuring the Reno6, Reno6 Pro, and Reno6 Pro+, was unveiled at a big launch event in China today. Not much has changed in the way of design or features, except you get flagship-grade chips across the board.

The Reno6 is the only phone in this series to have changed in terms of design. Its edges have been sculpted flat, much like the new iPhone 12. The plastic shell is available in aurora, blue, and black colorways. There’s a hole punched through the AMOLED display, toughened with Gorilla Glass 5. 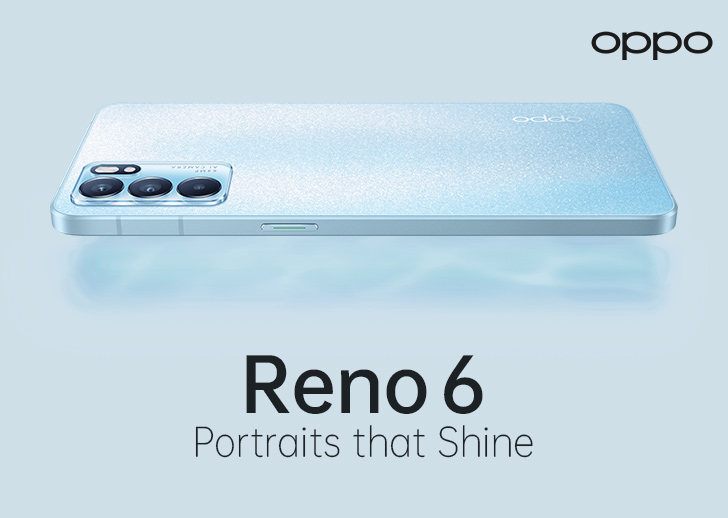 The flat 6.43” screen delivers a full HD resolution at a 90Hz refresh rate and houses an in-display fingerprint scanner. For selfies, you get a 32MP lens. The rear camera features a 64MP sensor, an 8MP ultra-wide lens, and a 2MP macro camera.

Reno6 debuts with a new MediaTek chip, the Dimensity 900. This 5G chip runs on a 4300 mAh battery, powered by Oppo’s blazing-fast 65W charging. Android11-based ColorOS 13 runs on it straight out of the box. 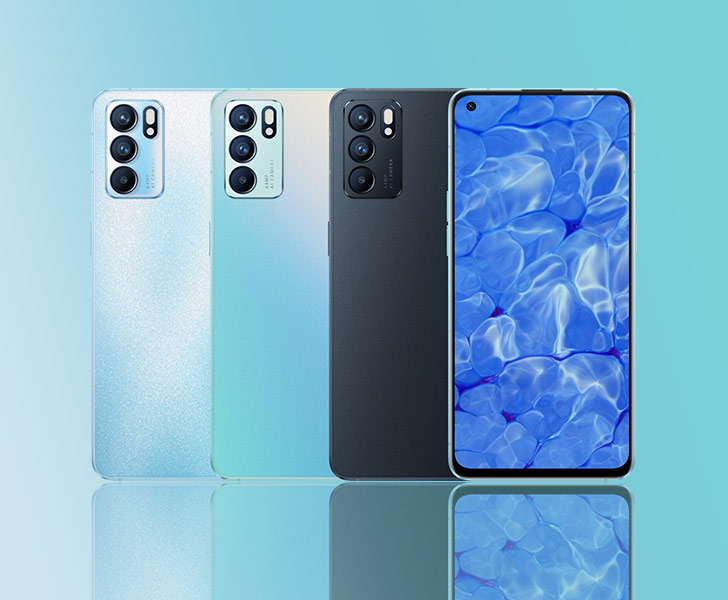 The Pro is only a beefed-up version of the Reno6. It has the 6nm Dimensity 1200, hooked up to a 4500 mAh cell. Reno6 Pro shares its display, camera, and fast-charging specs with the standard Reno6. 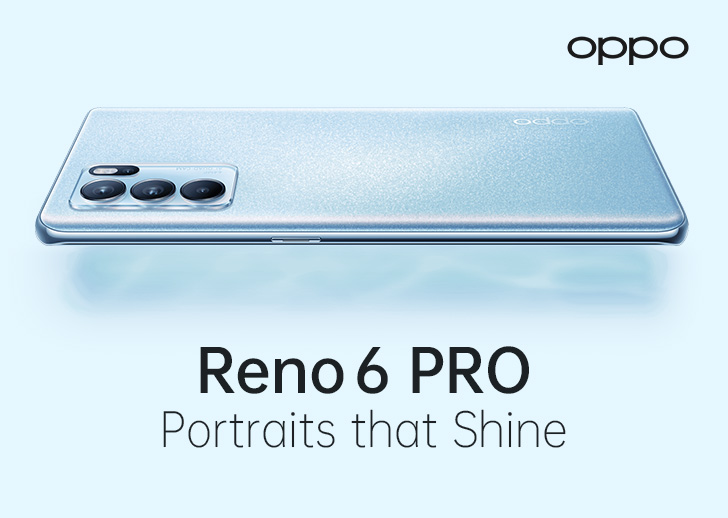 At 6.55”, Reno6 Pro’s screen is slightly bigger and it curves along the edges. Its shell is made of glass that also comes in black, blue, and aurora shades. The handset will soon be added to the Oppo price list. 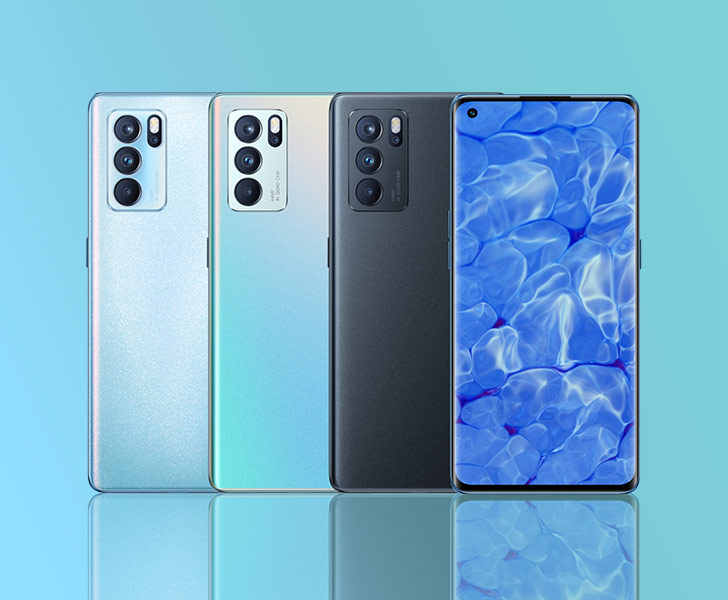 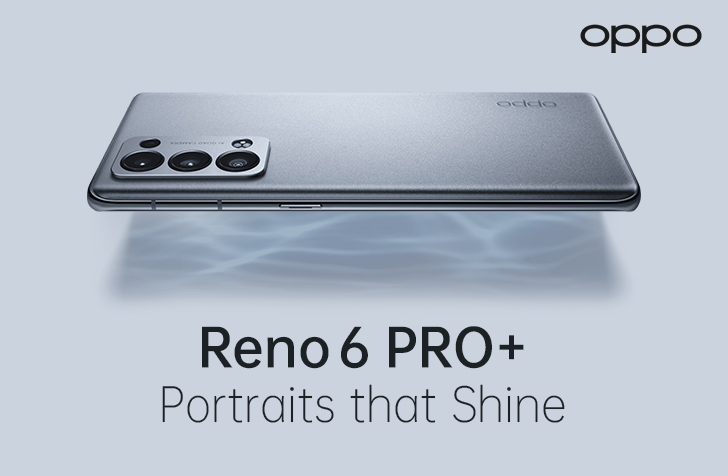 The battery and fast-charging powering this hardware are carried over from the Reno6 Pro. The display is virtually identical to Reno6 Pro’s. Its glass back is painted gray and blue colorways.