The sibling to June launched OPPO A77, the A77s, has finally made it to Geekbench's official listing, indicating a launch just around the corner. The phone has already appeared on several certification links. Adding the latest findings to the pile, we now have a pretty clear idea of what to expect. Let's see what Geekbench has revealed. 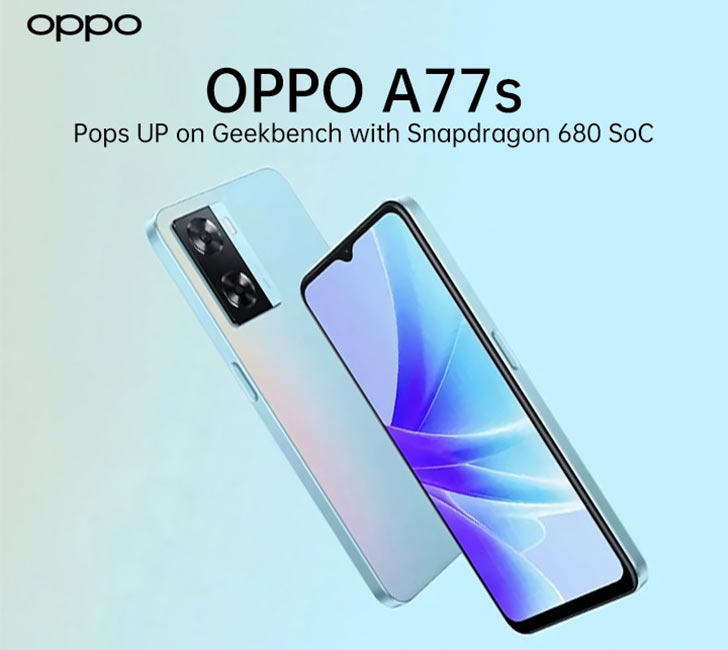 As earlier rumors suggested, Geekbench reveals the OPPO A77s to be drawing power from Qualcomm Snapdragon 680 SoC 5G SoC assisted by Adreno 610 graphics processor. It's an octa-core chipset based on a 6nm architecture with a base frequency of 1.9GHz. To be exact, It consists of 4 x 2.4GHz and 4 x 1.9GHz cores.

The phone runs the Android 12-based Operating system. With 8GB of memory, the upcoming OPPO phone scores 483 points on Geekbench for single-core and 1,668 points for multicore performance. A77s was recently ensued with a full-blown leak, uncovering every bit of its specs on the manifest. Here's a brief rundown. 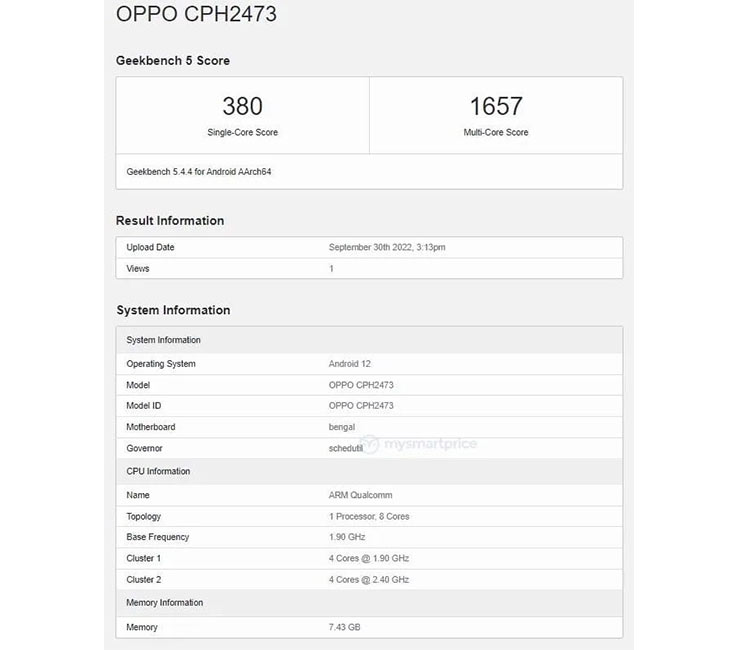 Baring a 6.56-inch IPS screen, A77s will likely feature a 90Hz refresh rate on HD+ 720p resolution at a mid-range OPPO Smartphone price. The panel will be color corrected to score 100% DCI-P3 color gamut. With 7.99mm thickness and 187grams of weight, the model will 5000mAh cell rated for 33W charging speed.

On the rear, the phone will have a dual-sensor camera consisting of a 50-megapixel alpha and a 2-megapixel auxiliary depth sensor. On the front, there will be a standard 8-megapixel camera for selfies. Extras include stereo speakers, ColorOS 12.1 UI, two RAM variations 6+128GB | 8+128GB, and two skin finishes, Starry Black & Sky Blue. Expectedly, the OPPO A77s should debut within this week.