As a follow-up to their well-received OPPO A77 model, the brand has unveiled A77s — an upgraded sequel. Having appeared on multiple certification platforms in the past weeks, it just got official in Thailand, and we have its concluded specifications and pricing details. Have a look. 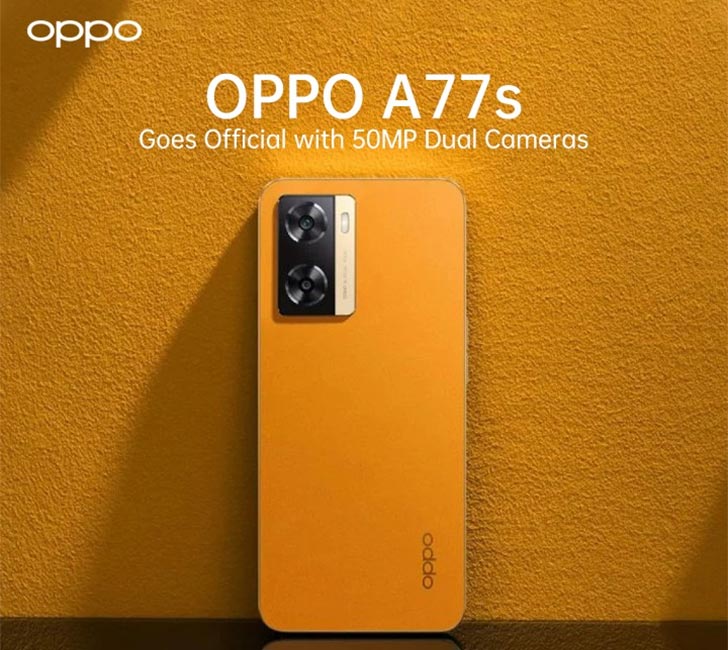 The design on OPPO A77s remains the same as its counterpart, except for the color palette. The sequel comes in Starry Black and Sunset orange colorways layered on top of a textured backplate, which Oppo calls Fibreglass Leather. Its luxurious design is just a side-perk. The hardware department is the place where it shines the most.

The IPS panel on OPPO A77s carries a sharp HD+ resolution at 1612 x 720 Pixels with added 600nits peak brightness and a smooth 90Hz refresh rate. The manufacturer claims 100% DCI-P3 and 96% NTSC color gamut for rich, realistic colors. The phone stands at an 89.9% screen-to-bezel ratio, even with the added drop notch. 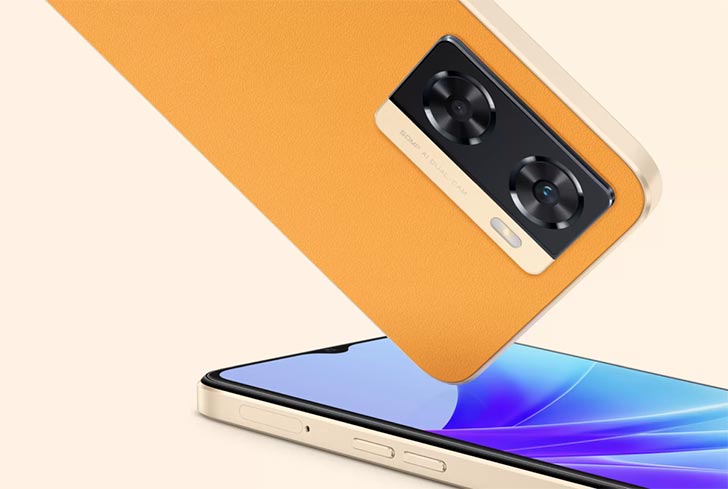 The selfie camera enclosed in the notch of the new budget Oppo mobile is 8MP. The rear dual-camera setup consists of a 50-megapixel primary camera, a 2-megapixel bokeh assistant, and an LED flash. At the same time, the whole system can record 1080p video at 30 frames per second. 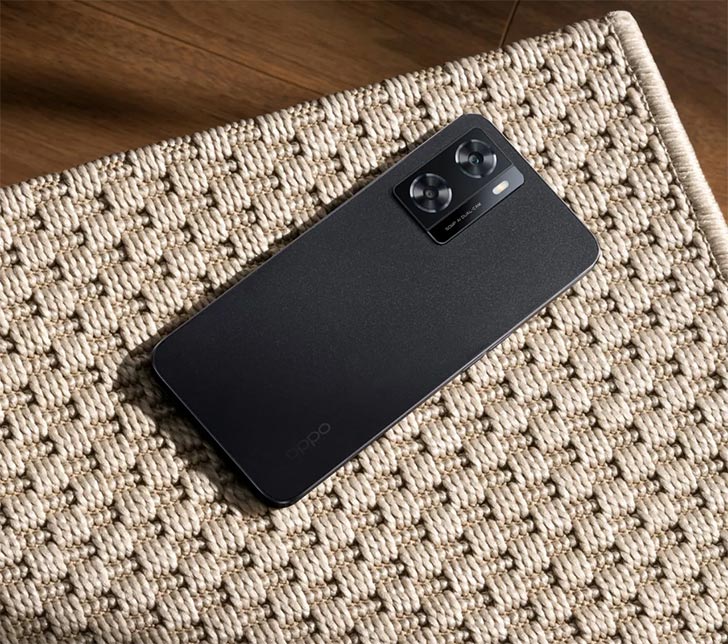 A77s' chipset is the most emphasized upgrade. Under its hood lies a Snapdragon 680 6nm chip. The company advertises a 102% performance uptick compared to the aged A77. In addition, A77s has 8 GB of RAM and 128 GB of storage, and energizing the whole package is a 5,000mAh battery rated for 33W SuperVOOC charging.

The new affordable Oppo boots up to an Android 12 x ColorOS 12.1 UI and uses a side-mounted fingerprint scanner for security. Thailand's price for OPPO A77's 8+128GB variant is 241 dollars or almost 54,000 Pakistani rupees.