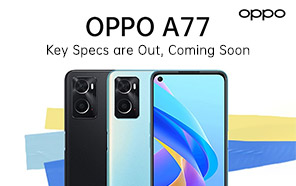 Pakistani fans in the offline segment heavily praise OPPO’s A-lineup of devices. No wonder why OPPO keeps expanding the portfolio of the A-series. Another handset of the A-family dubbed A77 will soon make its debut as the launch schedule and spec sheet have already leaked. The sequel to the OPPO A76 will initially land in India and will continue its journey to other countries. 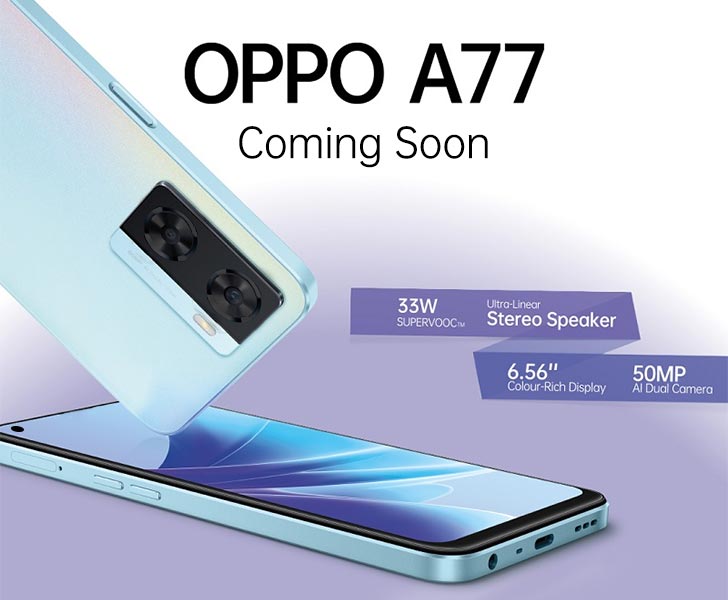 Courtesy of Mukul Sharma’s sharing, the OPPO A77 4G is expected to launch in the first week of August. However, it is not to be confused with the 5G version that previously made it to Thailand. The device will only support the 4G networks.

The report further reveals the A77 4G might be powered by the entry-level MediaTek Helio G35 paired with at least 8GB RAM and 64GB storage. The RAM could be virtually extendable. A 6.56-inches 720P panel refreshing at 60 Hz would serve as the display. A thick chin sits at the bottom of the display. 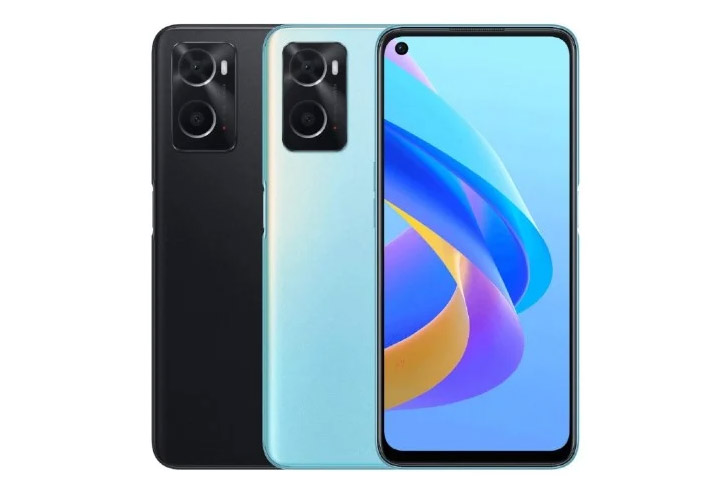 On the camera front, the new addition to the OPPO price list has a 50 MP primary lens accompanied by a 2 MP sensor that comprises its dual rear setup. The selfie shooter could be an 8MP lens hiding inside a punch hole cutout on the display’s top left corner. Furthermore, the operating system running the A77 would be the Android 12 version of ColorOS 12.1.

CLICK HERE TO SEE
Oppo A77 Price in Pakistan & Specs

Backing up the A77 might be a 5,000 mAh power unit supporting 33W SuperVOOC charging. The handset could launch for a basic asking price of $200, roughly PKR 48,000. However, other high storage variants could cost more. It could arrive in exciting paint jobs, including Sky Blue and Sunset Orange.