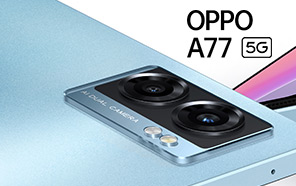 Oppo A76 is relatively a new model of Oppo's year-round cycle of budget releases, It was launched in Pakistan in early March this year. And only 3 months later, Oppo launched its successor, The A77 5G in the Thai market just yesterday. The smartphone features the same design as the 4G model but adds some extra features. 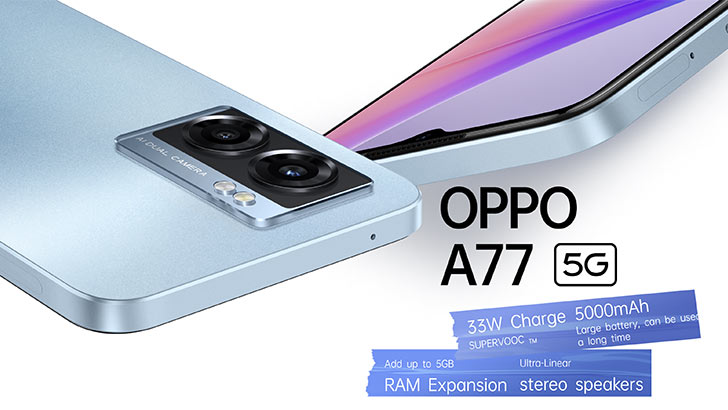 Starting with the OPPO A77 5G's display, we have a 6.56-inch IPS LCD panel that has FHD+ resolution and peaks at a 90Hz refresh rate which makes a smoother UI. In addition, the notch for the Selfie snapper houses an 8 MP sensor.

Under the hood, the A77 5G has MediaTek's Dimensity 810 chip, and it works together with 6GB of RAM and 128GB of internal storage. If necessary, it allows for Virtual RAM expansion with another 5 GB, and a MicroSD card slot is also provided to store more files. 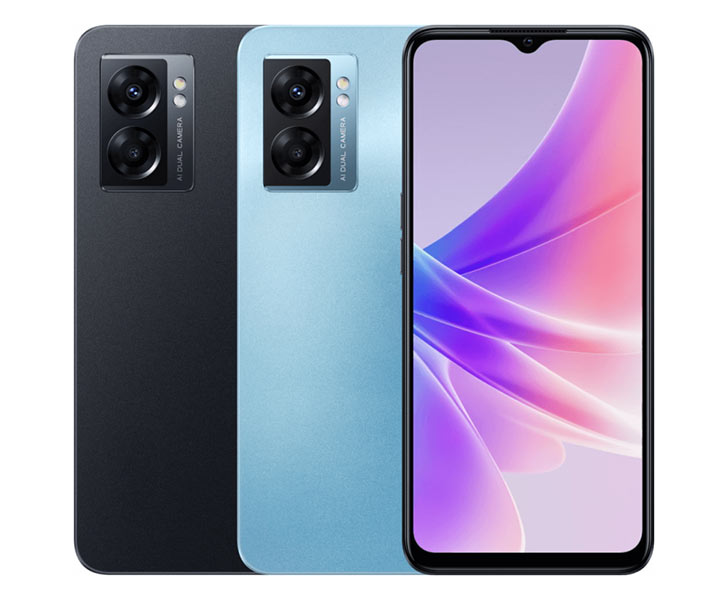 The camera embedded in the backplate of the OPPO A77 5G features two lenses, A 48 MP main sensor that is accompanied by another 2 MP for depth or the famous bokeh effects. The A77 can additionally shoot in AI Enhancement, Fill Light, and HDR modes.

The new OPPO A mobile has a 5G connection, IPX4 certification against water, NFC for wireless payments, a fingerprint reader on the side, dual-band WiFi, and stereo sound.

A 5,000mAh battery powers the entire setup which also supports 33W fast charging. The operating system is Android 12 and it runs under ColorOS 12.1 interface. Initially announced in Thailand, the new A77 5G arrives on the market in black and blue colors, with a price tag of 9,999 Bahts or around Rs. 57,000.