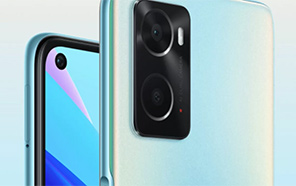 After the debut of the OPPO A76, the manufacturer is set to enrich the A series with a new model, ready once again to challenge the mid-range rivals in the market. The launch timeline of OPPO A77 5G is still up in the air, however, we'll look at the specs and features, summarising the leaked details. 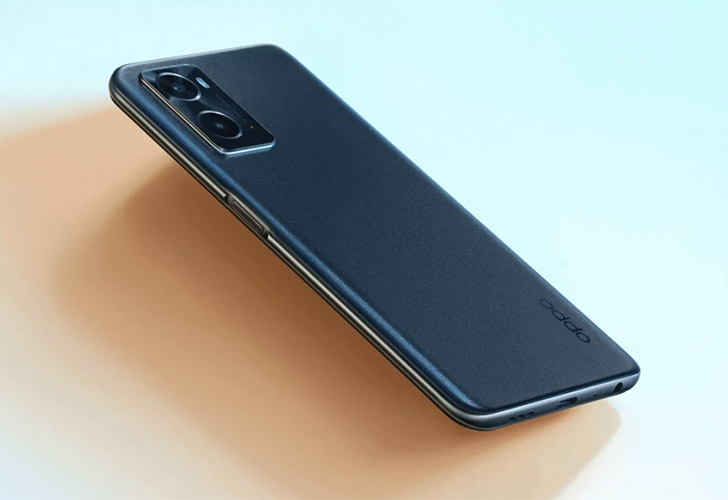 At the moment there is no official word on OPPO A77 5G, but some details managed to surface resulting from leaks. Details are missing on what the actual design would be, however, the phone just got featured on the popular benchmarking site, Geekbench. You can find the certifications and benchmark sheet under the model number ‘Oppo CPH2339’. In addition to the benchmarks, the Geekbench document reveals some key A77 5G system specifications too.

The initial benchmarks disclose a brief overview of the specifications: Under the hood, the all-new A77 5g features an octa-core SoC listed as MT6833V/PNZA, equipped with a maximum clock frequency of 2.4 GHz in combination with the Mali-G57 MC2 GPU. 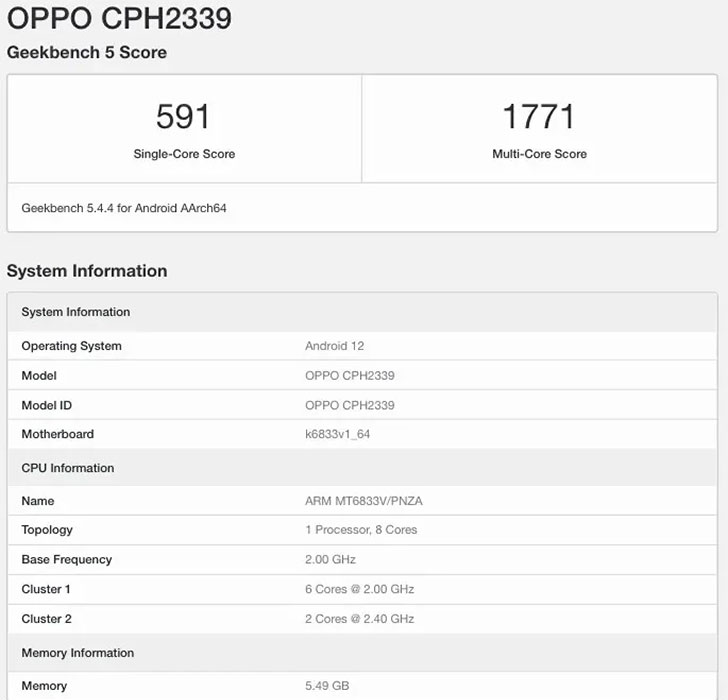 Most likely it is the MediaTek Dimensity 810 (solution seen onboard with Realme Narzo 50, Honor Play 6T Pro, and others). The benchmarks of the latest 5G Oppo mobile also establish the presence of at least 6 gigabytes of RAM while on the operating system side we will find Android 12 OS x ColorOS 12.

The benchmark is the legacy Geekbench 5. On its single-core tests, A77 5G bags a score of 591. When engaging multiple cores, the phone hits 1771. Benchmarks aside, at the moment there are still no details on the price or the release date. The smartphone might debut in early August, but OPPO hasn’t hinted at it yet. We’ll keep you posted as the story develops.