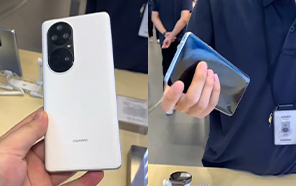 Huawei is soon coming out with their first flagship series for 2021, later this week, the Huawei P50 lineup. Ahead of the upcoming launch, a dummy model for the Huawei P50 Pro was featured in a leaked hands-on video. We’re given a 360-degree preview of the phone seen in a Huawei store. 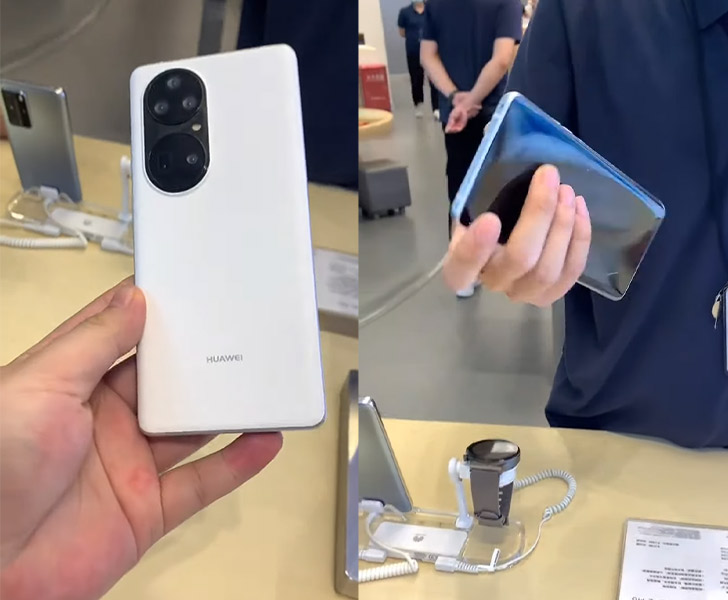 The short clip was published on YouTube by a Chinese source, Creator Studio. The Huawei P50 Pro dummy has an OLED panel that curves along the edges. And it has a hole punched through its corner. Our host flips the phone over to reveal a white backplate. The camera island takes the shape of an egg and comes with two ring housings for the lenses.

The Huawei P50 Pro seen in the hands-on video is in line with the many leaks that have already been reported. We’re allegedly looking at a 6.6” OLED panel that refreshes at 120Hz.

No less than five cameras are embedded in the camera plate. Among other cameras, the setup includes a periscope camera, a telephoto camera, and a  1/1.18-inch wide sensor. Together, the zoom lens system can deliver upwards of 10x lossless magnification.

The P50 Pro is offered in 4G and 5G editions, powered by Snapdragon 888 4G and Kirin 9000, respectively. We’ll have more details when the Huawei P50 series goes official on July 29.