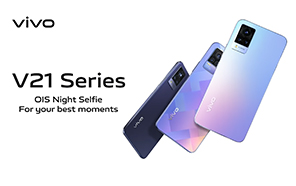 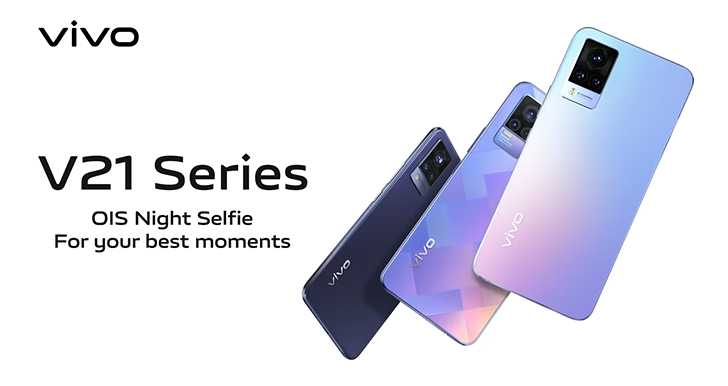 The V21e follows in the footsteps of the V21 but has a far more interesting geometric finish on its back, available in Diamond Flare and the striped Roman Black editions. At 171g and 7.4mm, the V21e has a similar featherweight footprint. 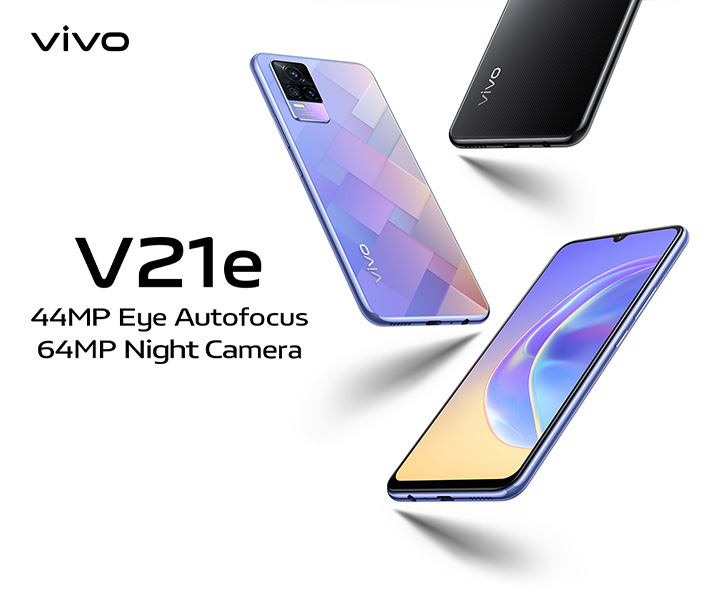 You get the notched 6.44” AMOLED screen with a Full HD resolution, but its refresh rate is capped at 60Hz. Vivo V21e also swaps out the MediaTek silicon for the 8nm Snapdragon 720G. The 4000 mAh battery and the accompanying 33W fast charging round off the internals.

The standard V21 comes in two flavors, 5G and LTE, running on the same 7nm MediaTek Dimensity 800U chipset. It’s hooked up to a 4000 mAh battery that can fast-charge over 33W. The Android11-based FunTouchOS 11 powers the Vivo V21. 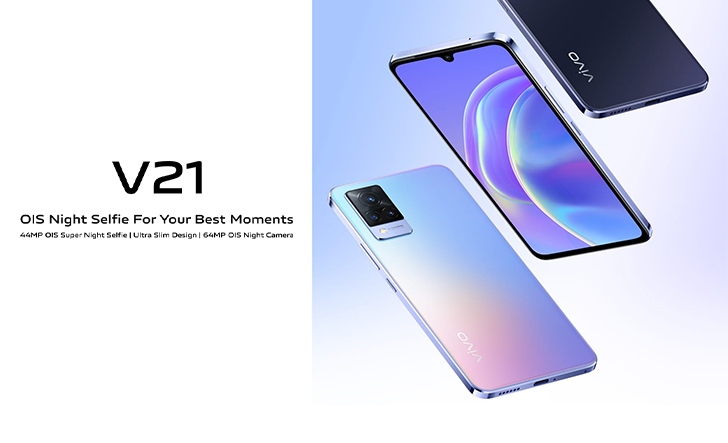 Its design hasn’t changed much from last year. The shell has squared-off edges, a notch, and a neat camera bump, available in Dusk Blue, Sunset Dazzle, and Arctic White finishes. The V21 build has lost the 3.5mm headphone jack from the previous generation and the support for NFC.

Next, we have the 44MP selfie camera nestled inside the front notch. It has optical stabilization built into it, further made shake-free with software magic. The cameras on the back of the V21 use a 64MP OIS lens, an 8MP ultra-wide camera, and a 2MP macro sensor. 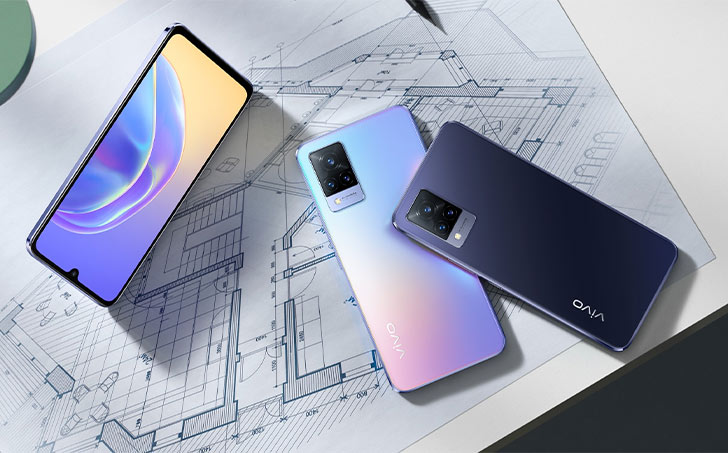 The V21 display is a 6.44” AMOLED panel with a Full HD resolution and a 90Hz refresh rate. It supports HDR10+ content and peaks at 500 nits of brightness. A fingerprint scanner is hidden underneath the screen.