The long-anticipated Samsung Galaxy A52 series is finally ready for launch, as the Galaxy A52 5G goes on sale in Saudi Arabia. Samsung hasn’t made any official announcements yet, but a third-party online store has published its product listing. 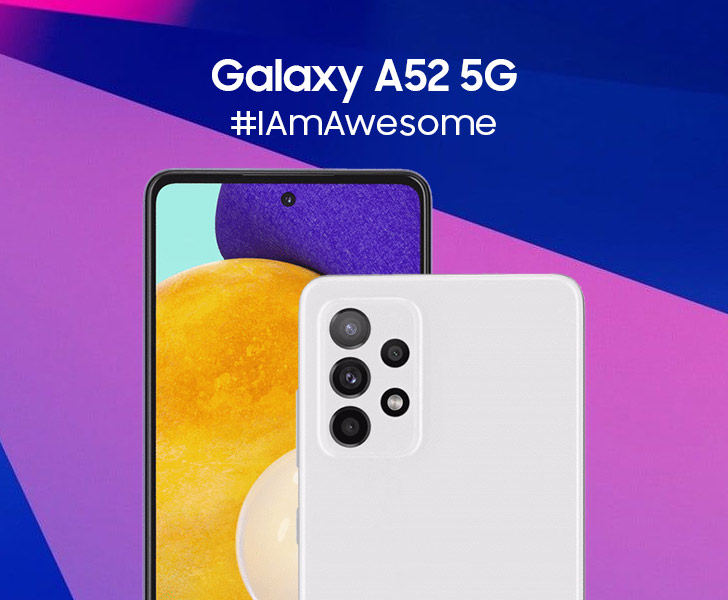 Courtesy of Jarir.com, we’ve learned that the 5G variant of the Samsung Galaxy A51's successor has a 6.5” SuperAMOLED screen with a Full HD+ resolution, a solitary hole-punch, and an in-display fingerprint scanner. Rumors had suggested a high 120Hz refresh rate for the A52 5G, but the specification sheet on the product page has no mention of the feature.

At 8.5mm, the Galaxy A52’s build has shrunken ever-so-slightly from last year’s 8.7mm. But it still weighs the same. Other design tweaks are equally conservative.

Samsung has shaved off the chin further, ringed the cameras with chrome, and painted the camera housing in the same finish as the shell. The A52 5G offers NFC support, a storage expansion slot, and a 3.5mm headphone jack on the bottom.

New Samsung mobiles are now having a much improved main shooter. As for the rear Galaxy A52 camera array itself, we’re looking at a 64MP standard wide camera, a 12MP ultra-wide lens, a 5MP depth-sensing lens, and a 5MP macro shooter. The front camera has a 32MP sensor behind it. 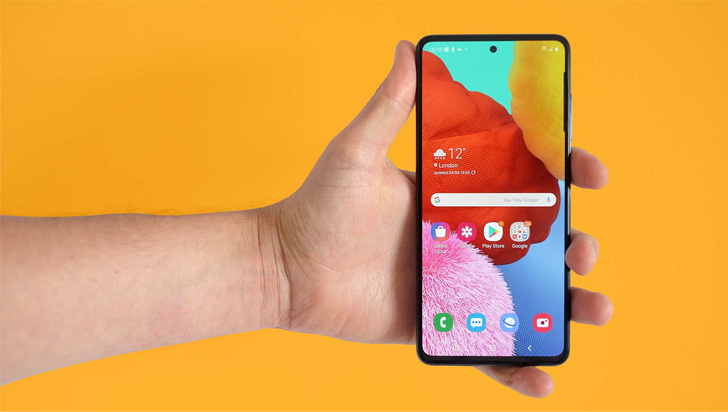 As countless leaks had predicted, the Galaxy A52 5G has the Qualcomm Snapdragon 750G at its heart. It’s backed up by a 4500 mAh battery that fast charges over 25W — the fastest charging speed that Samsung offers. You get 128GB of storage and 8GB of memory. Lastly, the Android11-based OneUI 3 powers the A52.