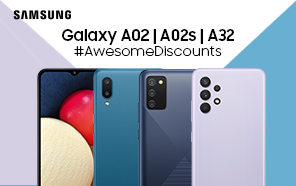 Samsung's Awesome New Prices: The Galaxy A32, Galaxy A02s, and A02 Get Exciting Discounts in Pakistan

Samsung is offering exciting discounts on three Galaxy A phones in Pakistan. The Galaxy A02 and A02s, two recent entry-level phones from Samsung, are now even more affordable. While the mid-range Galaxy A32 also gets a price slash. The details are as follows. 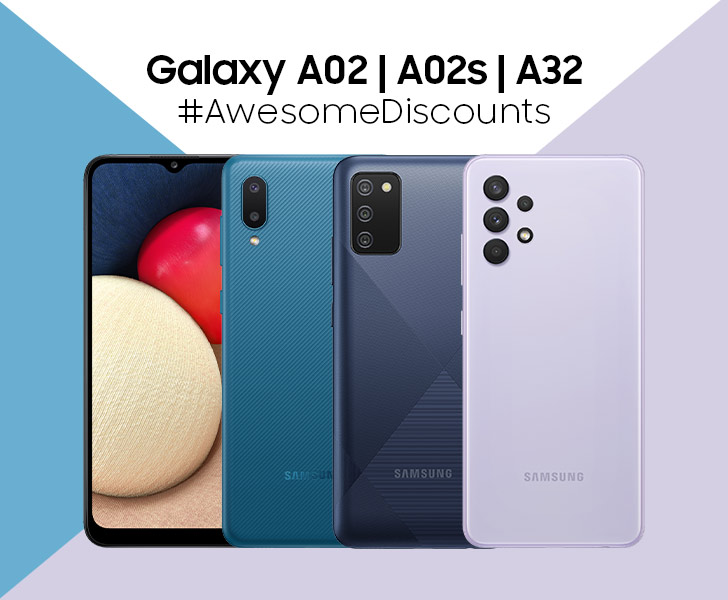 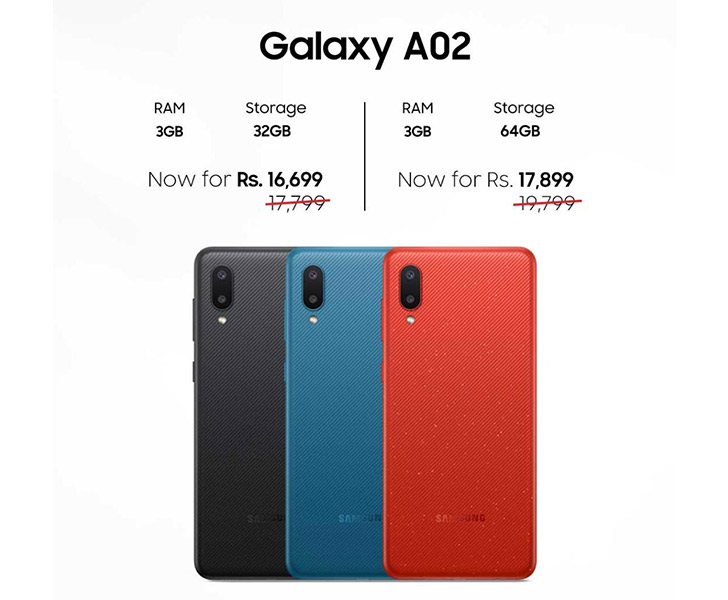 Available in red, silver, black, and blue options, the Galaxy A02 design is conservative. Its two rear cameras (one 13MP and the other 2MP) are tucked inside a narrow pill-shaped cutout. The front-facing 5MP camera lives inside a notch. 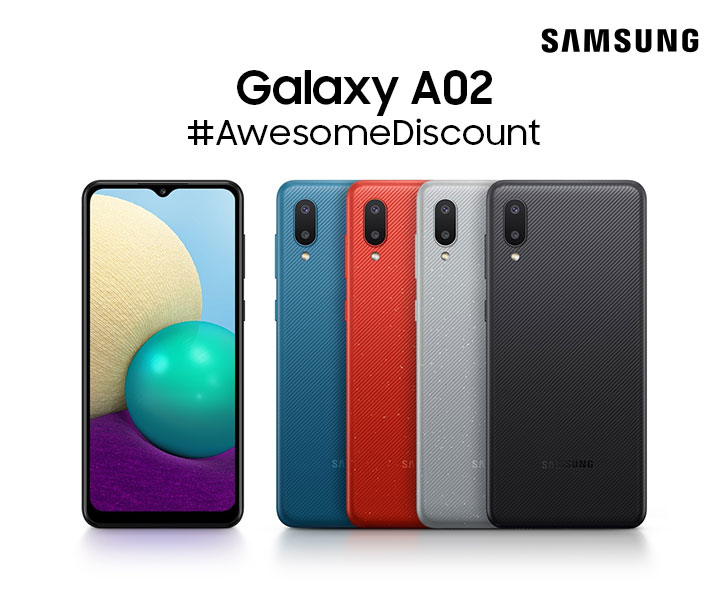 This so-called Infinity-V notch bleeds into a 6.5” IPS LCD with a 720P resolution. Galaxy A02 also includes a 3.5mm audio jack, support for storage expansion, and a micro-USB port to power its 5000 mAh battery.

OneUI core, Samsung’s software skin designed for low-end hardware, runs on the Galaxy A02. Plus, you get 3 gigabytes of RAM memory for multitasking or for playing the games you love. 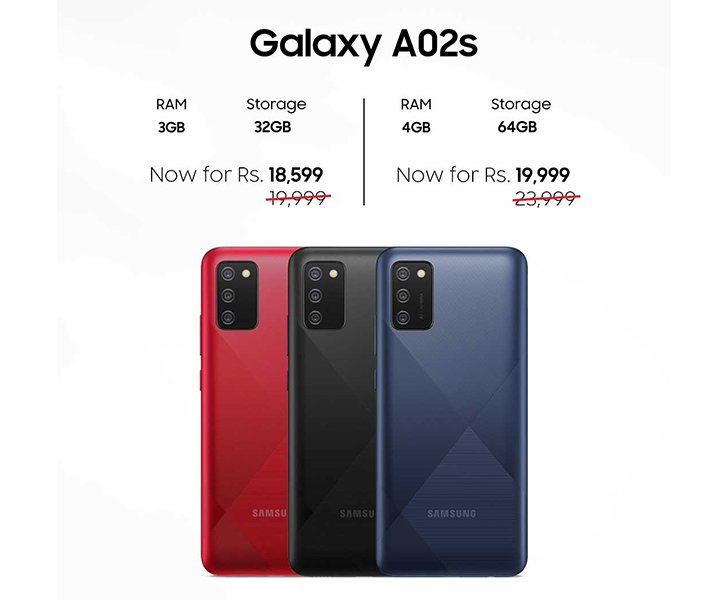 Samsung Galaxy A02s retains the notch and chin of its earlier sibling, the A02, but its plastic back curves and the cameras occupy a generic, boxy plate. This array has a 13MP wide lens, alongside a pair of 2MP depth-mapping and macro sensors. 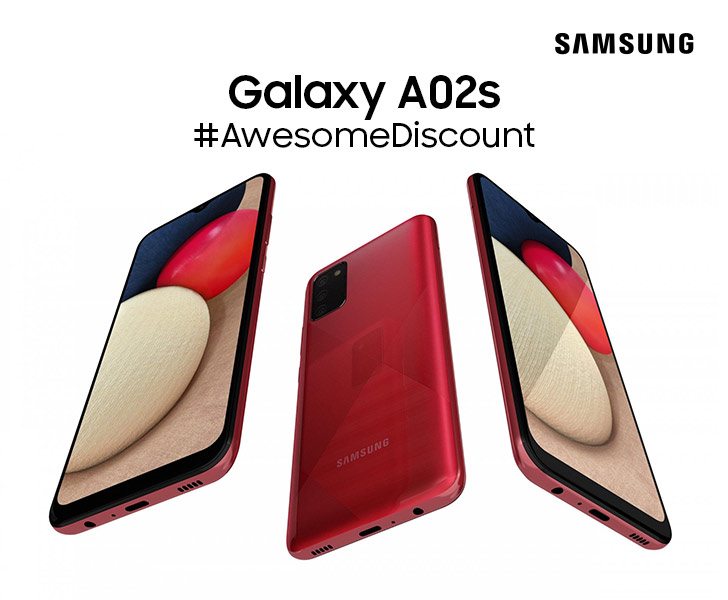 The selfie shooter is shared between the two models, as are the color palette and display specifications.

While the battery size is kept the same in the Galaxy A02s, it can be fast-charged at 15W over a USB-C port. The chipset running numbers behind the scene is the 14nm Snapdragon 450. It also uses the OneUI Core and offers support for storage expansion.

The Galaxy A32 is the highest-end phone in this lineup. Its 6GB+128GB edition started from Rs. 41,999, but after the new Rs. 2000 discount, it now costs Rs. 39,999. For that price tag, Samsung is offering you a stunning display, a refreshing design, and a capable camera. 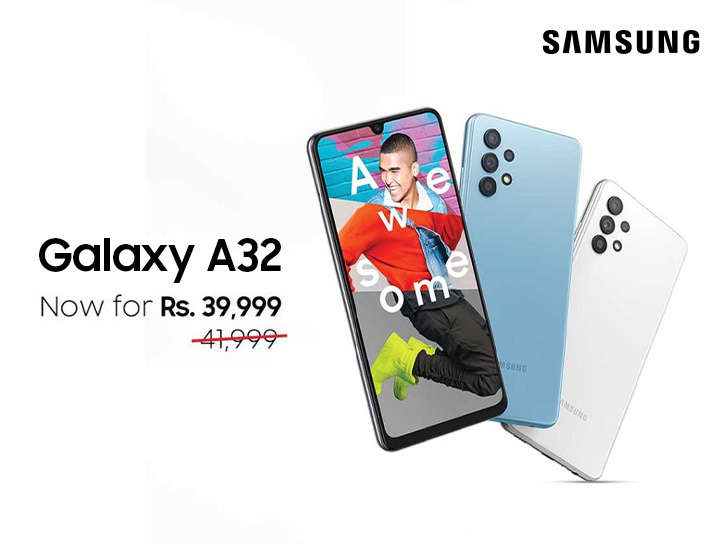 Samsung Galaxy A32 has a minimalist shell, featuring four lenses stacked right on it without a cutout or a bump. This flat, satin-finished back comes in black, violet, blue, and white options.

There are four cameras on the back: a 64MP f/1.8 wide camera, an 8MP ultrawide camera, and two 5MP sensors for macrophotography and portrait shots. Bokeh selfies are taken with the 20MP front camera. 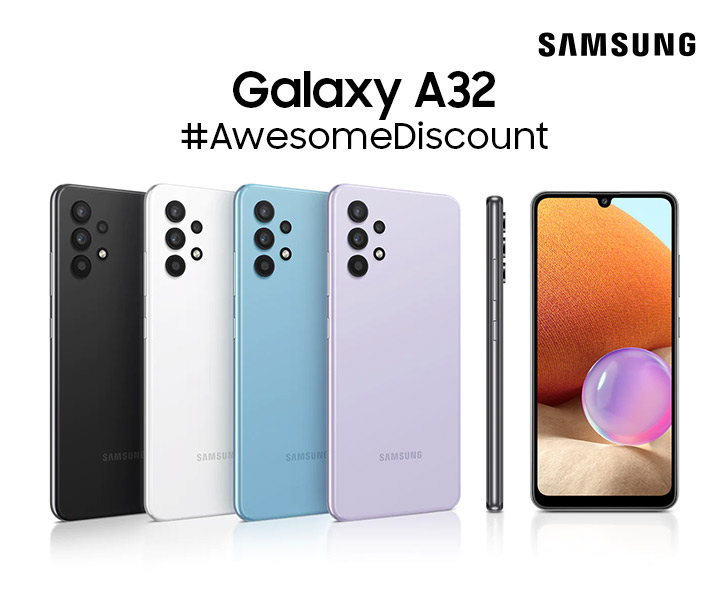 Galaxy A32’s screen refreshes smoothly at a 90Hz rate, peaks at 800 nits of brightness, and delivers a full HD resolution. It’s a SuperAMOLED panel with a U-shaped notch on top and a hidden optical fingerprint scanner underneath.

CLICK HERE TO SEE
Samsung A32 Price in Pakistan & Specs

MediaTek Helio G80, a 5000 mAh battery with 15W charging, and an NFC chip make up the internal hardware. OneUI 3.0 powers the Galaxy A32 straight out of the box.