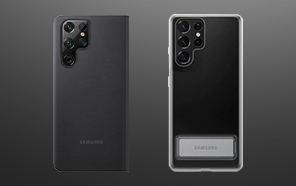 Samsung Galaxy S22 Note/Ultra is the next highest-end flagship phone from the Korean tech titan. It’s slated for debut in the first quarter of 2022. But the phone is already listed on Samsung’s official support forums. Plus, the rumor mill has already leaked a few previews and specs. The latest in this string of reports brings the official protective casings for the S22 Ultra. And they reveal a surprising detail. 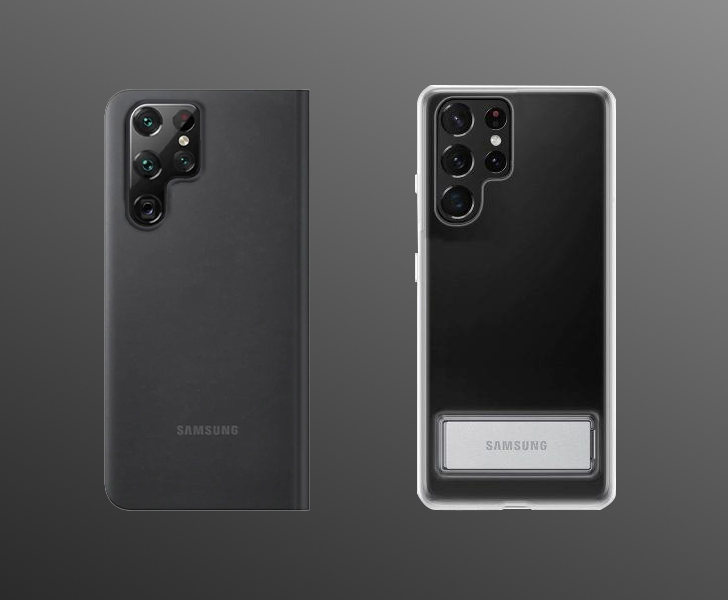 Roland Quandt of the publication WinFuture.de tweeted two images featuring the protective cases for the Samsung Galaxy S22 Ultra. Mr. Quandt collected the pictures from retail sources based in the UK. They show one clear TPU cover and a leather case. The Twitter thread also includes the new S-pen stylus that’s now being integrated into the Galaxy S line.

Almost all product leaks featuring the S22 Ultra had predicted that Samsung is ditching the unsightly camera ‘bump’ in favor of a clean, minimalist cluster of lenses that sticks out of the backplate. But the mockups we see here all but confirm the raised platform design for the cameras.

No word on the Samsung phones price tags yet. the manufacturer has trimmed off the edges, so while it was once a rectangle, it’s now an odd, protruding shape. Four lenses, a Laser AF sensor, and a LED are housed inside this shape. It’s made of 108MP wide, 12MP ultra-wide, and two 10MP telephoto cameras.

The Ultra usually comes in only two timeless black and white finishes. But you can get the S22 Ultra in deep red, black, and white colors. Rumors also suggest a fourth mint shade, but it remains unclear for now.