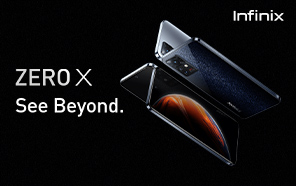 The long-anticipated Infinix Zero X series, the first premium line of phones from the typically budget-friendly brand, just debuted on the global market. It features the Zero X, Zero X Neo, and Zero X Pro, packing periscope lenses. According to sources, the lineup is coming to Pakistan in the first ten days of October. 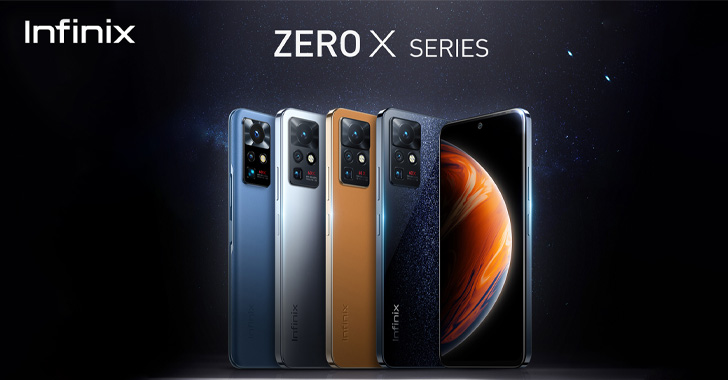 The design language has been revised, making the new Zero series more polished than ever. The Neo edition is the most affordable of the three phones. Its triple-camera is made of 48MP f/1.79, 2MP B&W, and 8MP periscope-telephoto lenses. On the front, we find a 16MP selfie camera. 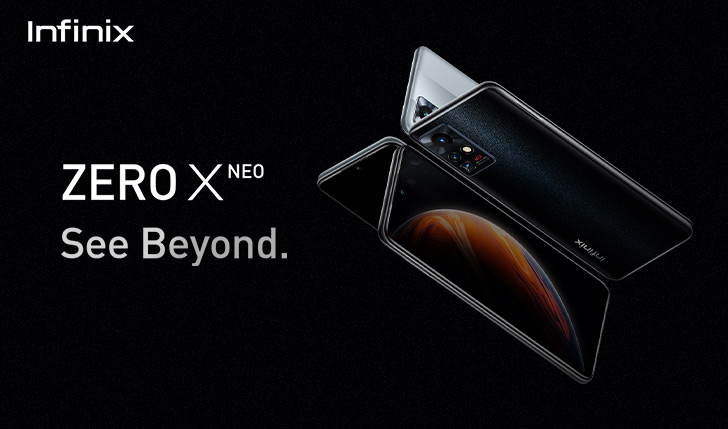 The zoom camera is assisted with optical image stabilization (OIS) and delivers 5x lossless magnification and 60X hybrid zoom. Thanks to Super Moon Mode and (software magic), the Zero X Neo can bring the moon closer to you. Plus, night mode works with front and back cameras. 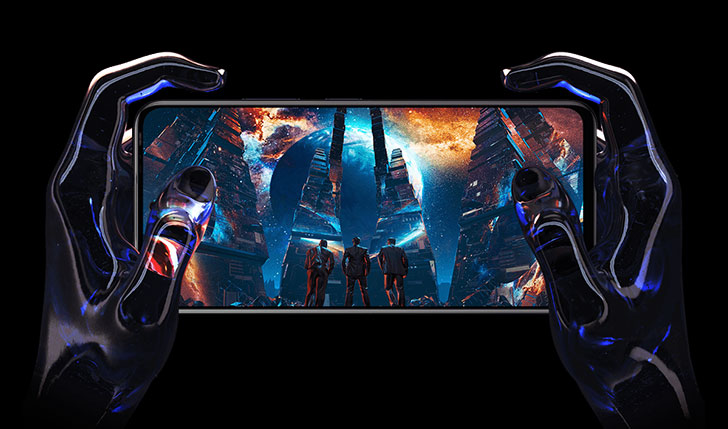 We’re looking at a 6.79” IPS LCD screen with a hole punched through its center. It delivers a Full HD+ resolution at a 90Hz refresh rate. Flip the phone over to find a curved, space-themed shell offered in Nebula Black, Starry Silver, and Bahamas Blue.

The MediaTek Helio G95 chip at the phone’s heart works with 8GB of memory and 128GB of UFS 2.2 storage (expandable up to 512GB.) Infinix Zero X Neo fast-charges its 5000 mAh battery over 18W. To keep the phone from throttling, Infinix has integrated a cooling system into the hardware. XOS 7.6 (based on Android11) runs on the Neo. It’s priced at Rs. 34,999.

The Zero X also sports a triple camera. But this array uses a 64MP f/1.89 wide lens with OIS, an 8MP ultra-wide camera, and an 8MP OIS-powered periscope lens. Housed inside the O-hole is a 16MP front camera. 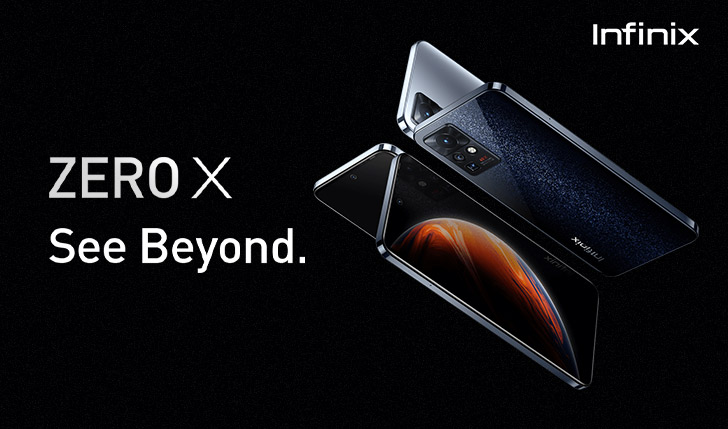 Infinix is also jumping on the flat frame design wagon. The Zero X has flat, chrome edges with hard edges. Its shell weighs only 193g and measures 7.8mm in depth -- offered in Starry Silver and Nebula Black. 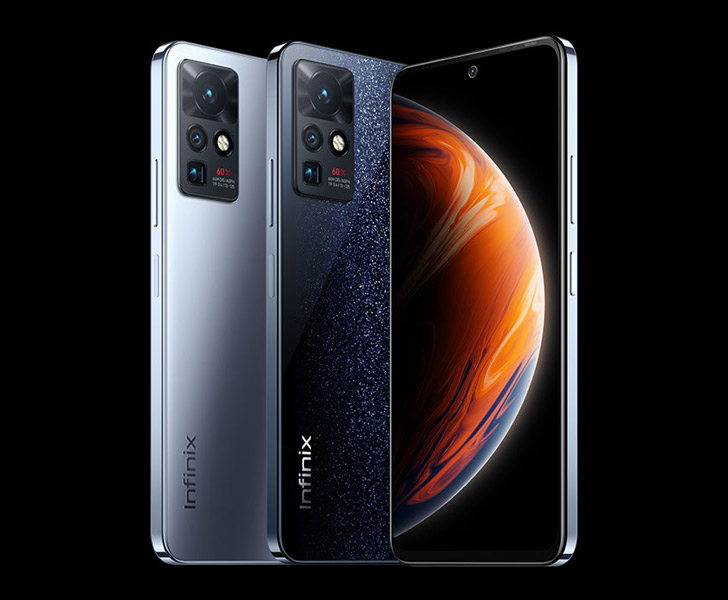 The chip, memory, cooling system, and OS are shared with the Neo. The 4500 mAh battery inside Zero X quick-charges at 45W, certified by TÜV Rheinland. Infinix promises 10 hours of gameplay and 19 hours of video streaming out of a single charge. The Zero X is expected to starts from Rs. 39,999.

Its screen is also hole-punched, but the panel is AMOLED with a high contrast ratio, 700 nits of peak brightness, a fluid 120Hz refresh rate, and a touch sampling rate of 240Hz. The fingerprint scanner is hidden underneath the display.

The Pro rocks the highest-end camera system of the trio. Joining the 60x periscope lens is a 108MP f/1.79 OIS camera and an 8MP ultra-wide camera. 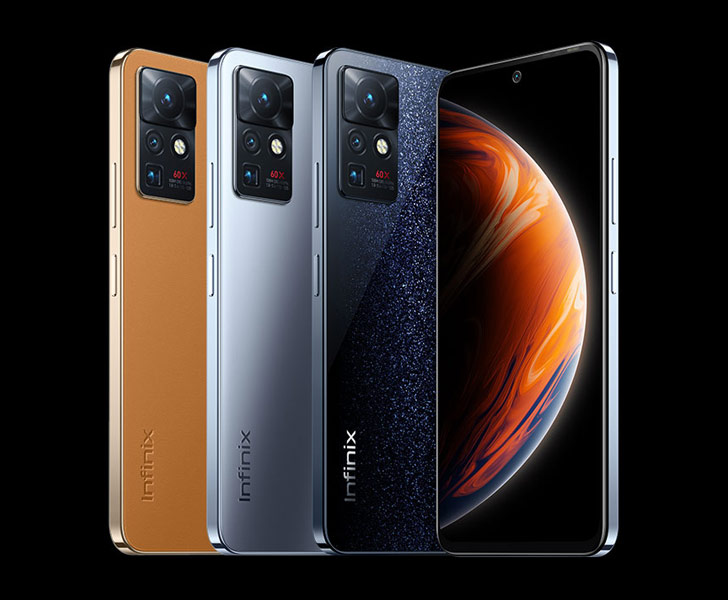 But the display and design are shared with the Zero X. Infinix offers the Zero X Pro in a third Tuscany Brown color.