Huawei, in partnership with its sub-brand Honor, is flooding the market with budget 5G phones. And the next in line for a 5G upgrade is the Nova series. Reportedly, Huawei is following up on the Nova 7i (introduced back in February this year), with three different 5G editions: Huawei Nova 7, Nova 7 SE, and Nova 7 Pro. A credible Chinese tipster predicts that this trio will go official on April 23. The source also shares the Huawei prices for the models. 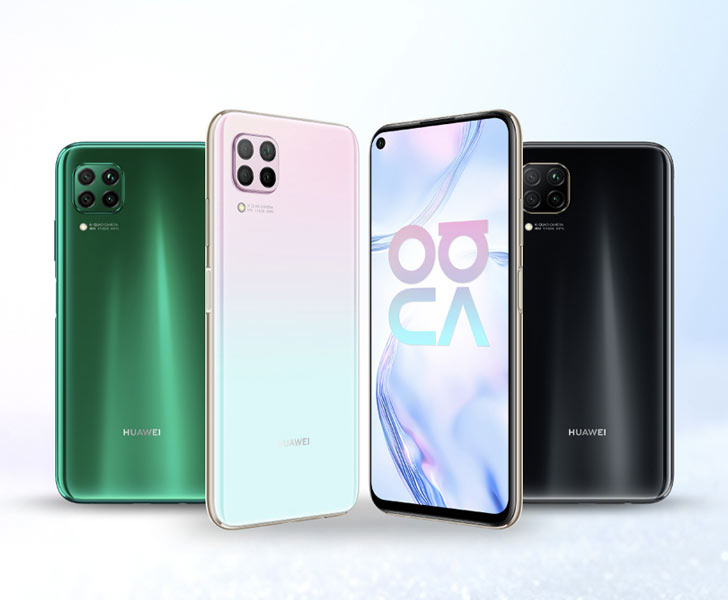 The three models offer support for 5G connectivity but could make use of either a Kirin 820 or a Kirin 990 5G platform. There’s also the possibility of one of these three variants debuting with the yet-to-be-announced Kirin 985 chip.

If you go by their price tags, the Nova 7 Pro could be powered by Kirin 990, and the Kirin 985 might drive the vanilla Nova 7. 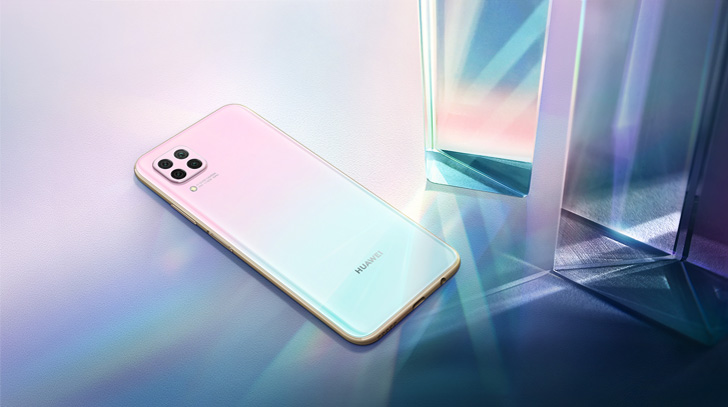 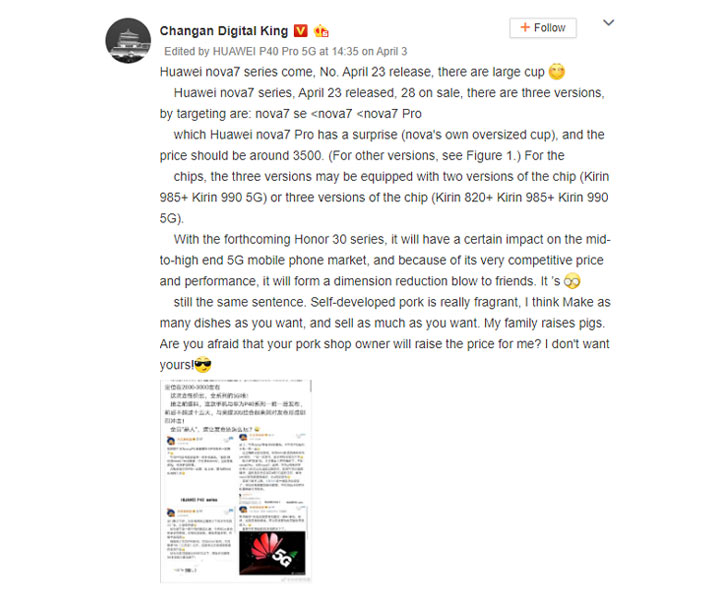 The details for the standard and Pro Nova 7 are thin on the ground, but previous leaks specify a 6.5-inch punch-hole-touting display for the Nova 7 SE. The primary camera, allegedly, has a 64MP sensor behind it. The build will have a side-mounted thumbprint reader. The battery capacity is unknown, but it will support up to 22.5W fast charging.

As stellar the hardware may be, it’s only as good as the software that runs on it. In the same vein as the recently-introduced Huawei P40 lineup, the upcoming Nova 7 series likely won’t ship with Google Mobile Services outside China. WhatMobile expects the launch event to be exclusively virtual.