Honor introduced the Honor 30 flagship series featuring Honor 30, Honor 30 Pro, and Honor 30 Pro+ earlier last month in its domestic market, and after a brief intermission, the series has gone global at Sky-high Huawei price tags. Russia is the first country where two of the editions (Honor 30 and Honor 30 Pro+) have landed, launching the international rollout. And other markets, including Pakistan, might follow soon. 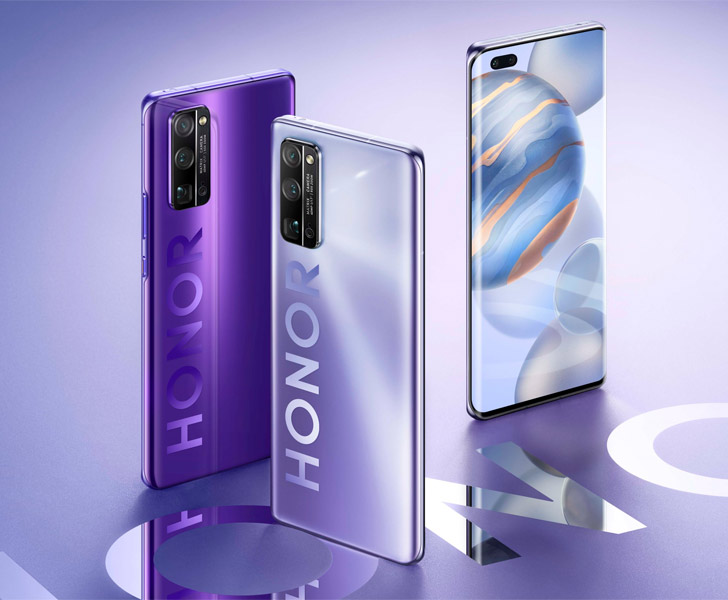 The Honor 30 Pro didn’t debut along with the duo, and the company hasn’t shared the details for its launch. Will Honor 30 Pro simply be limited to the Chinese market?

At any rate, Honor is throwing in Magic EarBuds and either a tripod stick or a bumper case with each purchase. We’ll recount some of the key features of both variants. 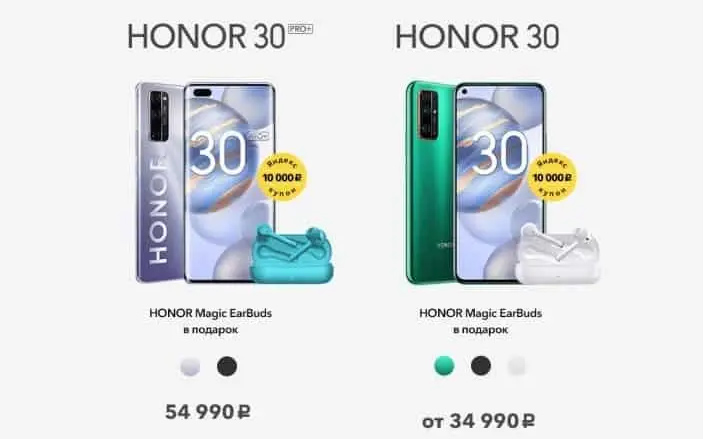 Featuring a 6.53” punched OLED panel and a 40MP quad-camera we have the Honor 30 that comes in Neon Purple, Titanium Silver, Midnight Black, Icelandic Frost, and Emerald Green shades. The camera setup features an 8MP OIS-supported periscope module that allows for up to 5x optical zoom. 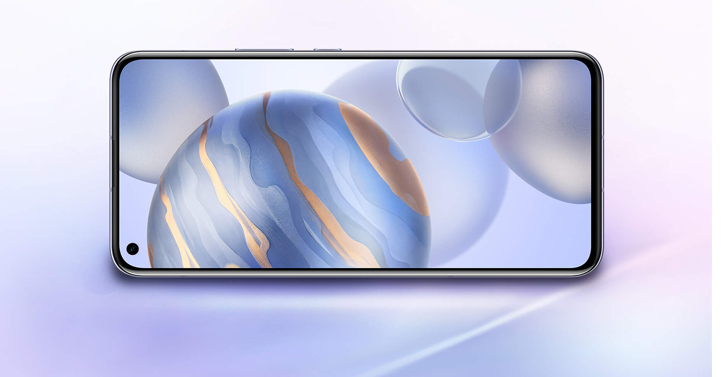 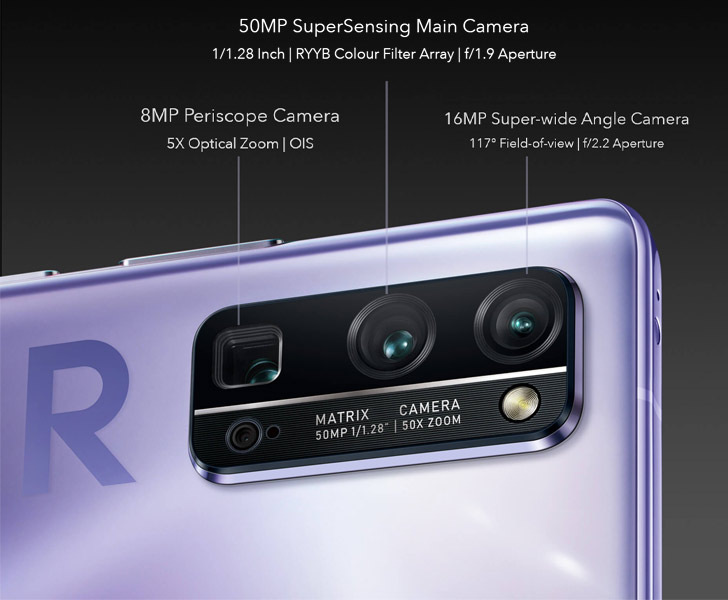 The ‘Pro’ version stretches the OLED screen to 6.57” but instead of the standard refresh rate, it operates at a smoother 90Hz. The specification bumps aside, the display curves around the edges, producing the so-called ‘Waterfall’ effect. A pill-style cutout lies in the top-left corner that embeds a 32MP selfie camera.

The main camera is swapped for a 50MP main sensor, combined with the same OIS-powered periscope unit. The more powerful Kirin 990 5G chipset handles processing in the ‘Pro’ version, though it works with the same configuration of internals. As far as the Huawei prices are concerned, the Honor 30 Pro will set customers back RUB 54,990 (~125,000 PKR) – which is 15% more expensive than the Chinese variant.