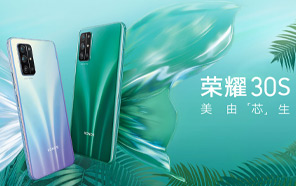 Following a series of leaks, Honor’s latest budget pick – the Honor Play 9A, has finally gone official. Alongside it, Honor has taken the wraps off the flagship-tier model, the Honor 30S as well.

As WhatMobile had previously reported, the phone is powered by the freshly-minted Kirin 820 5G platform. Honor 30S is the first phone to feature it, and as per AnTuTu’s benchmarking, it outperforms the Snapdragon 765G.

The screen stretches 6.5 inches across and delivers an FHD+ resolution and houses a hole for selfie camera in the corner. The display curves around the edges and there’s a narrow 2.4mm thumbprint scanner mounted on the side of the build. The front camera inside the punch-hole has a 16MP lens behind it. 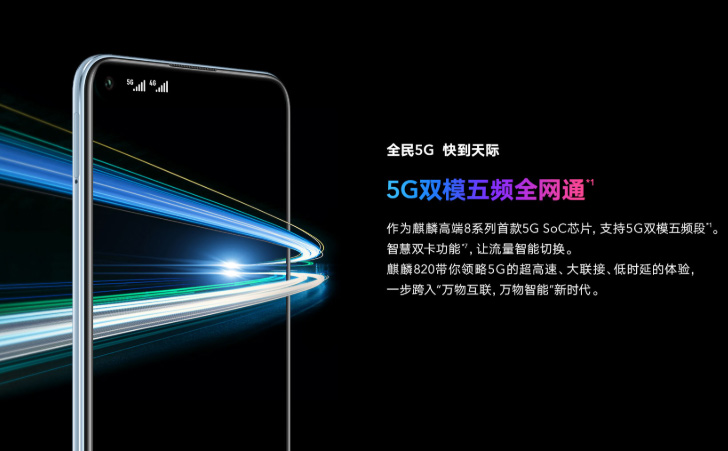 Flip it over, and you’ll find a lengthened housing for the phone’s quad-camera setup. The lenses are arranged in an L-shaped layout, flanked by an LED flash and markings that read ‘AI’. The main camera features a 64MP shooter that works with an 8MP telephoto camera, an 8MP ultra-wide lens, and a 2MP macro sensor. The wide-angle camera can take 120-degree shots, and the telephoto camera offers up to 3x optical zoom. On paper, the optics hardware seems to be a flagship killer. 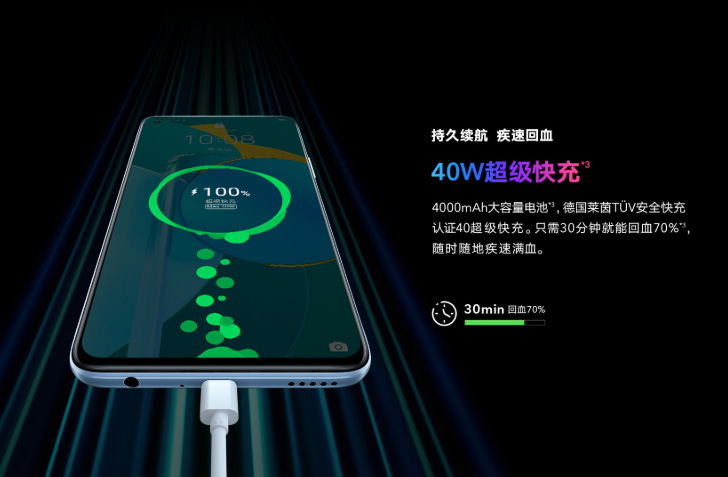 Honor has coupled the Kirin 820 platform with 8 GB of RAM and 128GB/256GB of native storage. You get 5G connectivity with support for both SA/NSA networks. Powering these internals is up to 4,000 mAh battery with support for 40W fast charging. Honor claims that it can charge your device up to 70% in only 30 minutes.

The rear shell comes in Black, Green, and Blue colors. Huawei prices the 128GB variant at 2399 yuan or 56,000 PKR while the 256GB variant costs around 2699 yuan or 63,000 PKR without taxes. The company hasn’t released details for its availability in other markets, including Pakistan.

Honor Play 9A sports a 6.3-inch display with a circular notch that stretches into it. The panel is IPS LCD, and it produces an HD+ resolution at a 20:9 aspect ratio. Inside the notch rests an 8MP selfie camera. On the rear-facing panel, you get a twin-camera inside an oversized bump, flanked by a capacitive fingerprint reader. It’s available in Blue Emerald, Jasper Green, and Night Black hues. 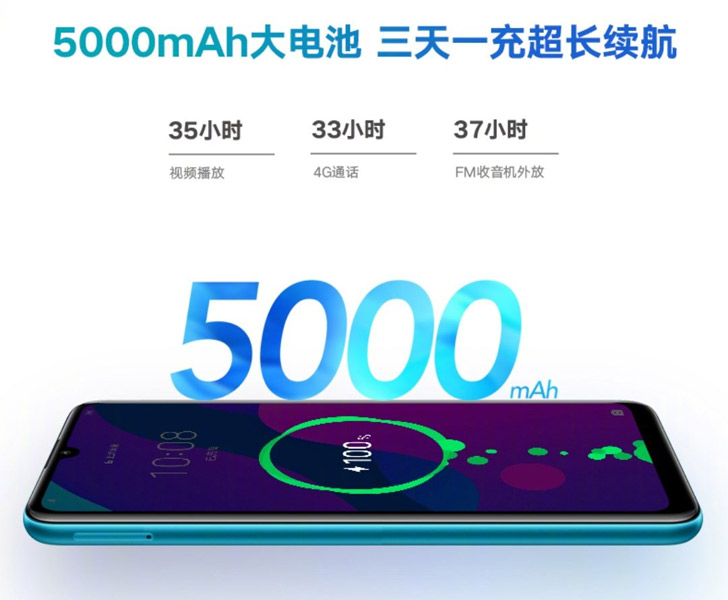 The primary snapper is a 13MP module, paired with a 2MP depth-assist sensor – a definite cookie-cutter spec sheet for a budget smartphone. A MediaTek Helio P35 SoC and a beefy 5,000 mAh battery power it.

There are two memory configurations to pick from 4GB + 64GB and 4GB + 12GB, with support for expandable storage. The one with 4GB of RAM debuts with a huawei price tag of CNY 900 or about 21,000 PKR, while the latter one with Higher configuration will be retailing for CNY 1,200 or approximately 28,000 Pakistani rupees without taxes.