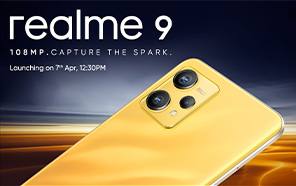 Realme 9 Pro Plus and Realme 9 have been making headlines for the past few weeks now. But the manufacturer has only now officially confirmed the Realme 9's upcoming arrival. The pre-release campaign from official channels gives us a sneak into the phone’s design and features. 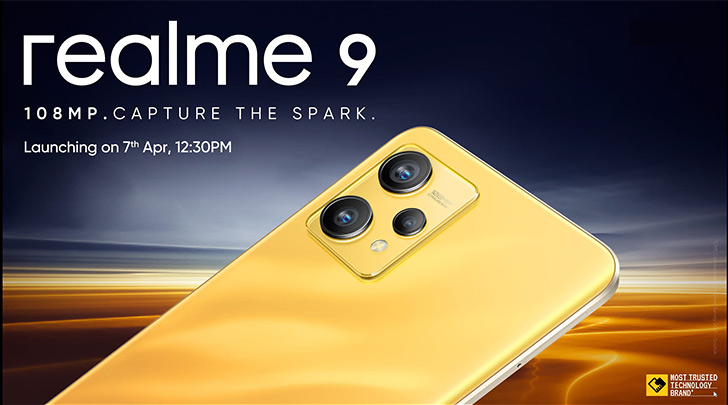 The handset will land in India first before making its arrival in the Pakistani market. You can find the Realme 9 teasers on the official Realme website. They highlight the camera cluster made of 108MP wide, 120-degree super-wide, and 4cm macro lenses.

The primary camera has the Samsung-made 108MP ISOCELL HM6 image sensor behind it. It bins six pixels into one and captures 123% more light than the previous generation. We’re promised brighter shots and reduced noise. 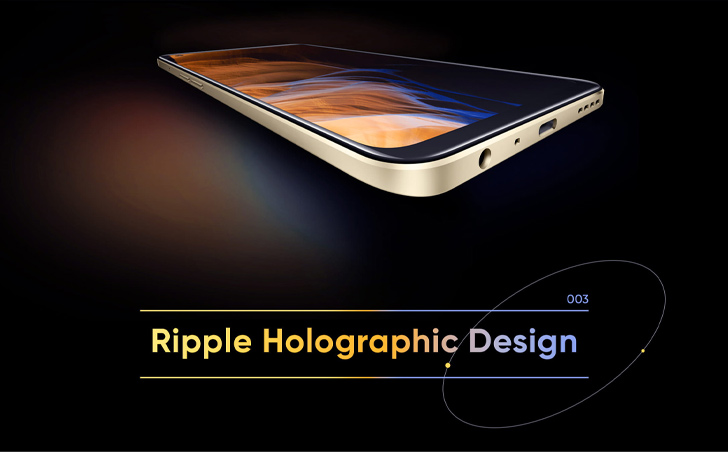 The screen is a 90Hz SuperAMOLED display. Presumably featuring a 6.6” panel, the Realme Latest model 9 delivers 1000 nits of peak brightness and a responsive 360Hz touch sampling rate. Realme has hidden a fingerprint scanner below this display, and this fingerprint reader also pulls double duty as a heart rate monitor. 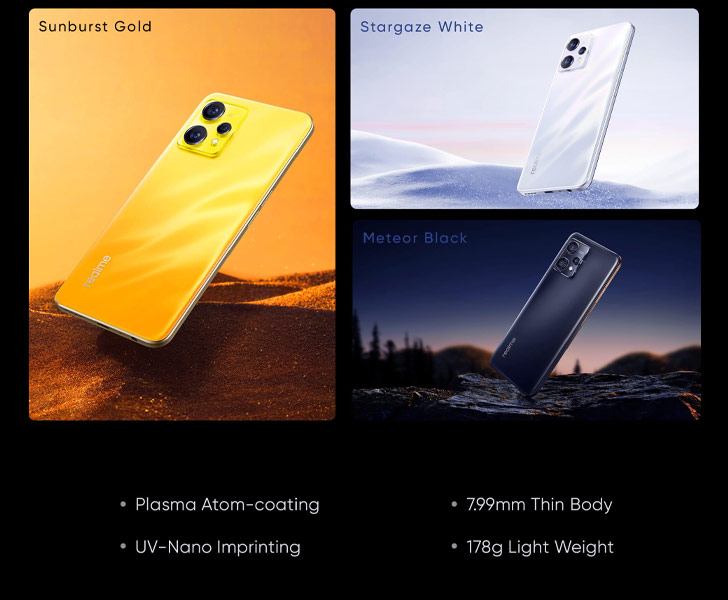 At 178g, the phone has a lightweight footprint. It comes in a sleek Sunburst Gold, Stargaze White, and Meteor Black. The frame includes a 3.5mm audio port, a USB-C interface, and a speaker grille.

Everything runs a 5000 mAh battery and 33W fast charging. You can choose from 6GB/128GB and 8GB+128GB storage versions. Android 12 x realmeUI powers the Realme 9. We'll learn more when the phone drops in Pakistan.