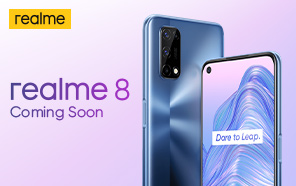 A mystery Realme phone recently showed up on the Chinese 3C and TENNA databases. The certification documents were listed under a model number, detailing a handful of device specifications. Yesterday, the same phone was featured on the popular benchmarking site, Geekbench. And it could be the upcoming Realme 8. 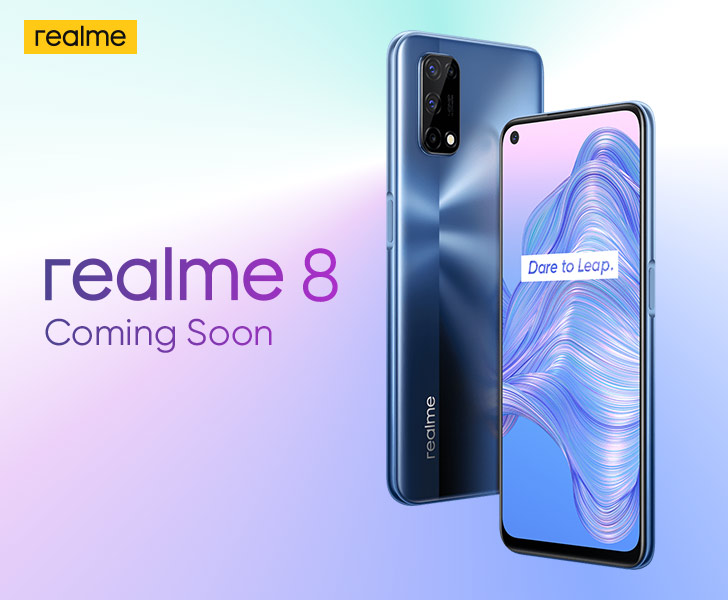 The Indian BIS authority has also certified the supposed Realme 8. Once it launches in the neighboring market, it should land in Pakistan next — given Realme’s typical launch timeline. You can find the certifications and benchmark sheet under the model number ‘realme RMX3092’.

In addition to the benchmarks, the Geekbench document reveals some key Realme 8 system specifications too. The chipset codename ‘MT6853V’ belongs to the MediaTek Dimensity 720 (one of the most affordable 5G microchips on MediaTek’s catalog).

The processor inside the new Realme is split into eight cores, with the high-performance cores clocked at 2.0 GHz. We should also see a Realme 8 Pro soon but for now, only the standard variant was spotted. The hardware runs on the Android10-based Realme UI. Since the benchmarked device is likely a pre-production unit, you can expect the Realme UI 2.0 — built on Android11 — to take its place. 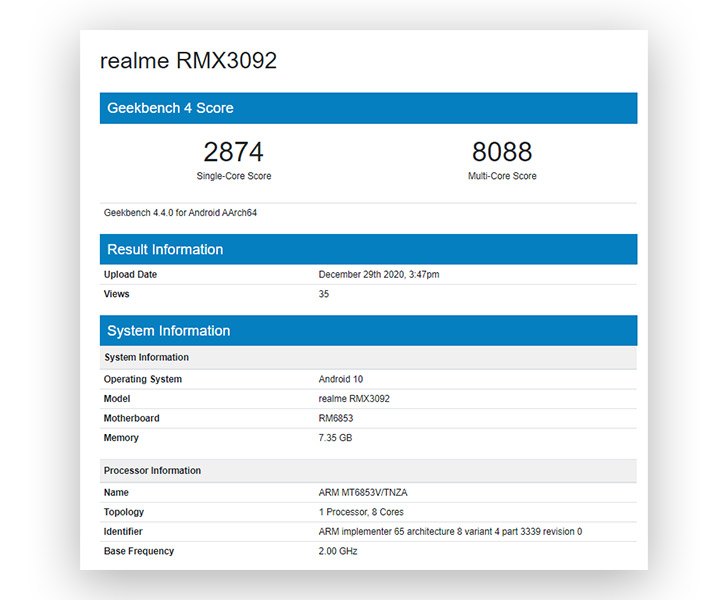 The benchmark is the legacy Geekbench 4. On its single-core tests, RMX3092 bags a score of 2,874. When engaging multiple-cores, the phone hits 8088. To put these figures into perspective, the current-gen Realme 7 with its Helio G95 chip manages 2560 and 7704 points, respectively.

Benchmarks aside, you can expect better gaming performance and battery life from the new Dimensity system-on-chip. The previously mentioned 3C certification also confirms Realme’s leading 65W fast charging support. The Realme 8 series might debut in early January, but Realme hasn’t hinted at it yet. We’ll keep you posted as the story develops.