Realme is soon expanding the Realme 8 series with two new editions — the Realme 8s and Realme 8i. @Stufflistings, an Indian phone leaker tweeted the two phones’ names. And a new report from a popular publication now follows up on this leak with product images and specs of the Realme 8s. 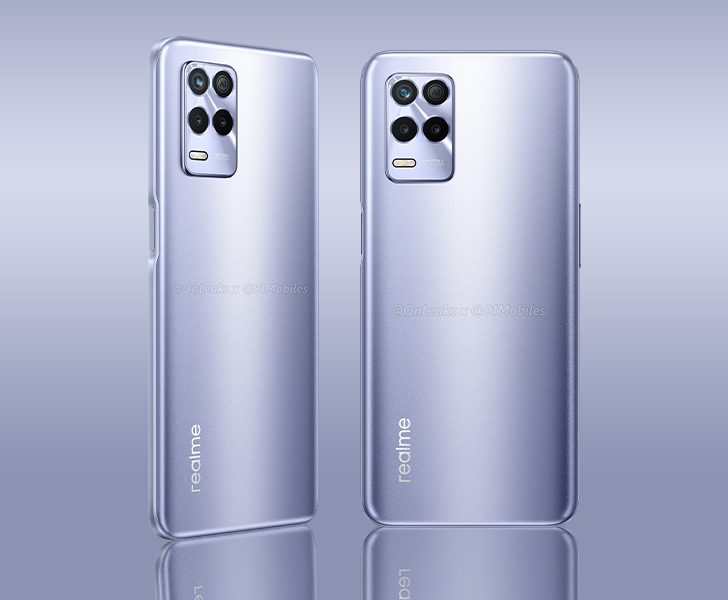 Courtesy of 91Mobiles and Steve Hemmersoffer (better known as @Onleaks), we learn that the Realme 8s doesn’t veer away from the design language seen across the board in this series. We’re looking at a matrix-shaped camera cluster, softly chamfered backplate, and a side-facing thumbprint reader. The housing contains three lenses and a sticker.

The front panel isn’t pictured, but the press renders show a USB-C port, a 3.5mm audio jack, and a standard speaker grille embedded in the frame. The shell is painted in at least one duo-tone purple edition.

Realme 8s will be the first smartphone to debut with the MediaTek Dimensity 810 chip. The mobile platform offers 5G, but other relevant details of the new Realme mobile phone 2021 are yet to be announced. Folks over at 91Mobiles further note that the chipset works with 6GB/8GB of memory, virtually extended up to 5GB for smoother multitasking. 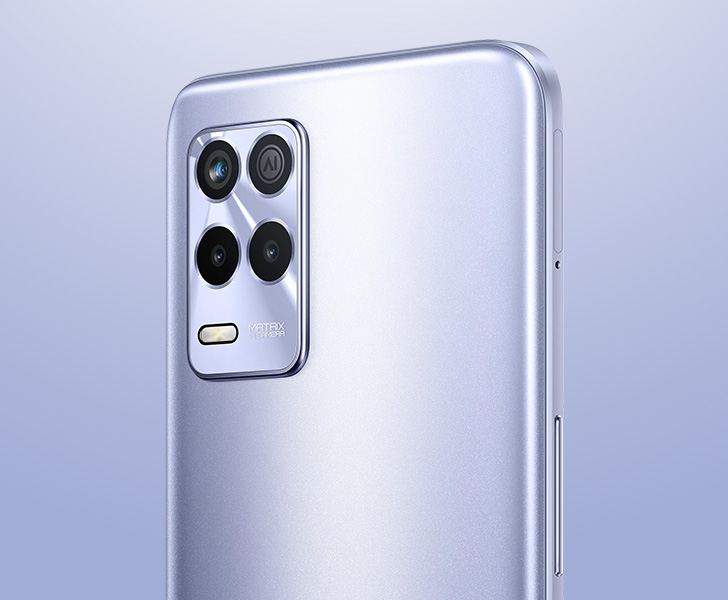 The screen is a 6.5” panel (likely IPS LCD based on the choice of fingerprint security) that refreshes at 90Hz and presumably delivers a 1080P resolution. The camera housed in this display is 16MP. Realme 8s uses a 64 MP sensor to lead its rear camera system.

Naturally, the latest Android11-based realmeUI 2.0 runs on the Realme 8s out of the box. You can pick from 128GB and 256GB storage options. The phone is powered by a 5000 mAh battery and 33W DARTCharge technology.