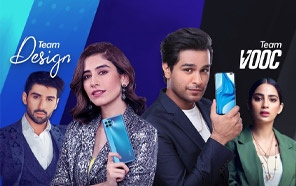 Oppo launched the Oppo F17 Pro at a virtual event yesterday, hosted as a game show. The phone goes up for pre-order tomorrow, and the sales begin from October 17. Here's a quick unboxing from our side if you are interested to see know more about the handset and see how the handset exactly looks and feels like.

The F17 Pro is the thinnest and lightest F-series phone yet — weighs 164g and is only 7.48 mm thick. Oppo has beveled and smoothened the edges to make it more ergonomic. Although the back has a polished mirror finish, the material is plastic, not glass. It comes in Magic Blue and Matte Black editions (the Matte Black is more glossy than matte).

The F17 Pro’s screen is SuperAMOLED, stretches 6.43" from corner to corner, and reaches a full HD+ resolution. It has a wide hole-punch cutout for the dual front cameras and a standard optical fingerprint scanner. No high refresh rate to be seen on this display, but the touch sampling rate operates on a more responsive 180Hz. 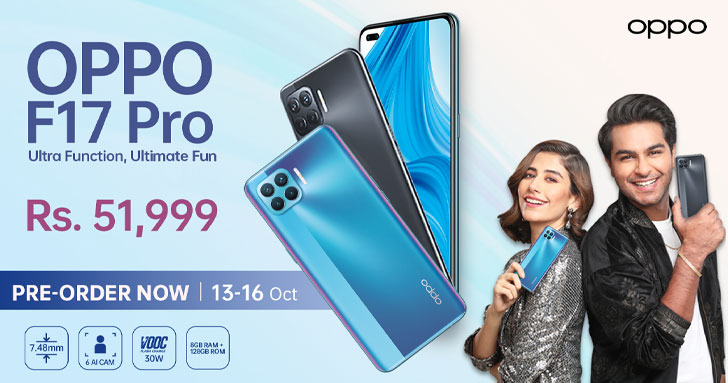 The rear cameras haven’t changed since the Oppo F15 from earlier this year. It's the same 48MP main, the 8MP wide-angle camera, and the two additional space filler quad-camera array but in a new housing. The selfie camera is still 16MP but has an extra depth sensor to simulate a bokeh effect. 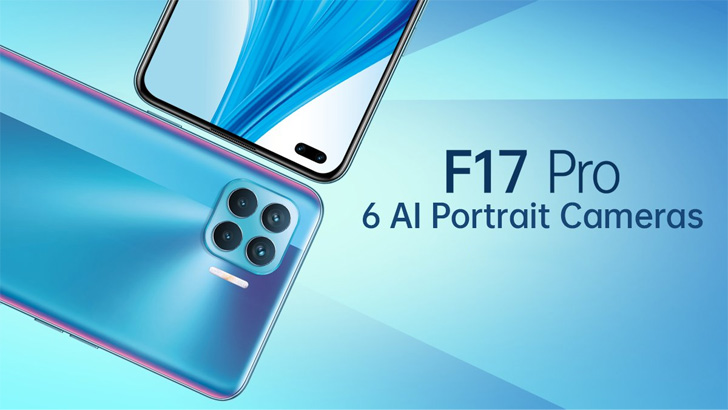 Since the Oppo F17 Pro’s highlights are supposed to be its looks and camera, the performance its mid-range MediaTek P95 chipset offers isn’t best-in-tier. Both MediaTek’s Helio G95 and Qualcomm’s Snapdragon 730G outperform the P95 in synthetic benchmarks. The battery is 4000 mAh — again, the same as the last-generation F15 — but it supports 30W VOOC fast charging instead of 20W.

Oppo F17 Pro is launched with a price tag of 51,999 PKR for the 8GB RAM and 128GB storage. The pre-orders are on till October 16 and after that, you'll be able to purchase the handset from the local market. The handset will be up available for purchase in Magic Blue, Matte Black, and Metallic White colour options.

It only takes 53 minutes to fully charge your F17 Pro with this technology. The price has inflated too. The Oppo F15 is available for Rs. 39,999, but only six months later, the F17 Pro with a comparable spec sheet will set you back Rs. 51,999.