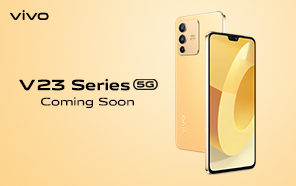 Vivo V23e is already available in several countries (and soon headed to Pakistan.) And the rest of Vivo’s fashion-forward V23 series is rolling out on January 5. The upcoming Vivo V23 and V23 Pro will round off the V23 lineup. Vivo has yet to tease their arrival officially. But a marketing trailer for the V23 series was leaked on Twitter. It gives us a peek into its design and features. 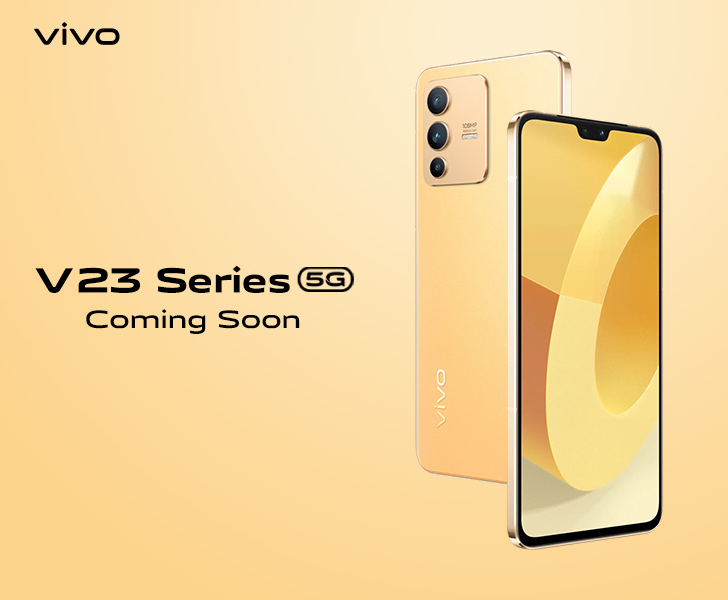 The short promo clip shows the V23 and Vivo V23 Pro in a striking new Sunshine Gold color. The rails on the Vivo V23 are sharp, flat, and very glossy. The premium gold finish and the flat-edge metal plating on the rails are both inspired by the iPhone 13 Pro.

Vivo V23 Pro, on the other hand, has a much more curved profile. We’re looking at a display that melts into the edges on both sides. The already slim V23 Pro appears even thinner thanks to the curves.

The wedge-shaped notch bleeds into the screen from the top, housing a dual selfie camera system. Three lenses on the new Vivo 5g mobile are vertically arranged inside a camera rectangle on the back. 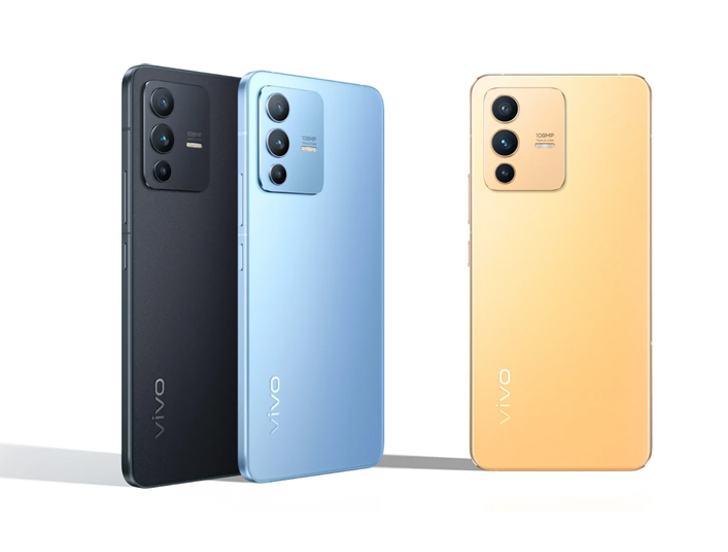 Evidently, the V23 and V23 Pro are rebranded (or mildly tweaked) versions of the Vivo S12 and S12 Pro, which recently dropped China. The S-series is China-exclusive. And this could be Vivo’s way of introducing it to the rest of the world.