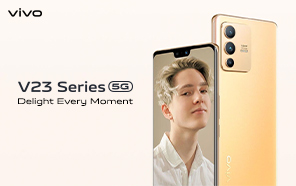 The Vivo V23 & V23 Pro got unveiled on schedule yesterday. The latest V-series landed in India first and will continue its journey to other countries. Following the Vivo V23e release in Pakistan, the V23 and V23 Pro are also expected to join soon, to round off the series. Once again, style and design are the focus of this latest fashion-forward V-series phone. But there’s a big jump in price. 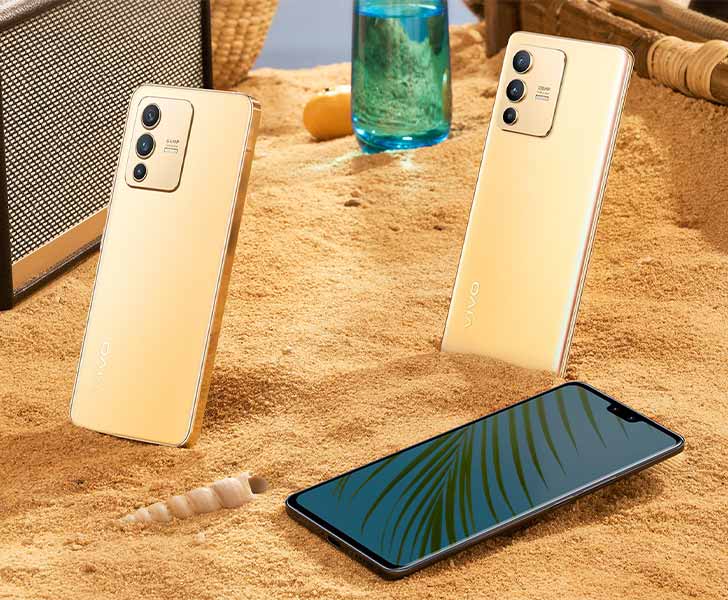 First off, the series rocks a color-changing body. The Gold AG Glass turns bright sea green when exposed to UV or sunlight. It’s a rare design choice that works well with the overall aesthetic. Of course, you can also pick a standard graphite black color. The edges are sharp and flat — inspired by the gold iPhone 13 Pro. 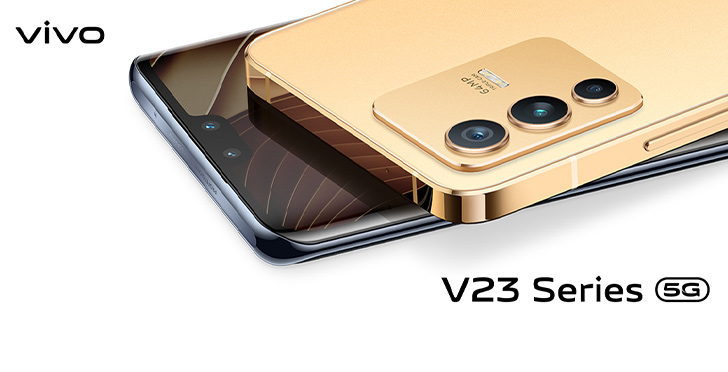 At 179g of weight and 7.49 mm thickness, the Vivo V23 has a lightweight footprint. Vivo has also trimmed the bezels to make them narrow and symmetrical. So, in contrast to last year’s heavy chin, it’s a very premium look. Except the notch is wider now because it contains two cameras. 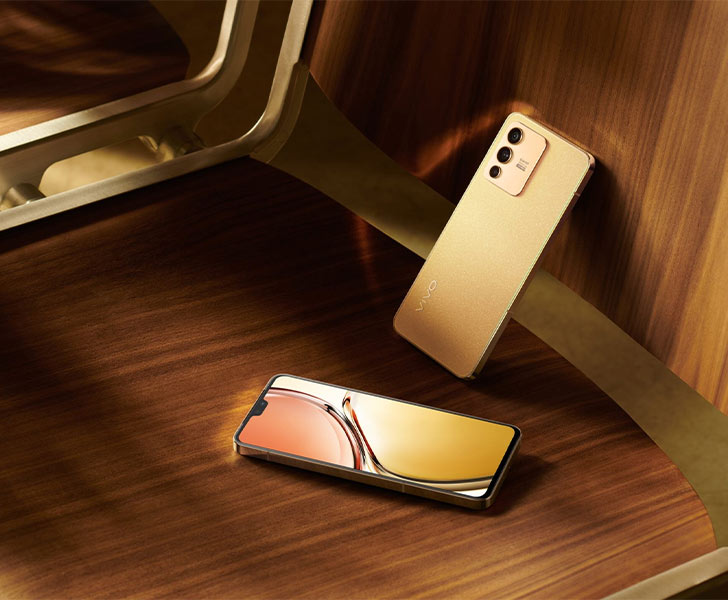 Portrait photography is the second tenet of the V-series. And Vivo is stepping the game with an extra ultra-wide lens for group and wide-angle selfies and videos. We’re looking at a 44MP wide and 8MP ultra-wide duo on the front. And a 64MP + 8MP ultra-wide + 2MP macro array on the back.

The casing and the display curve along the edges. Its frame is only 7.36mm, which makes the V23 Pro one of the slimmest phones you can find. The display has roughly the same specs, but it’s a 6.56” panel. Plus, the 8MP ultra-wide shooter in its notch is joined by a 50MP lens. 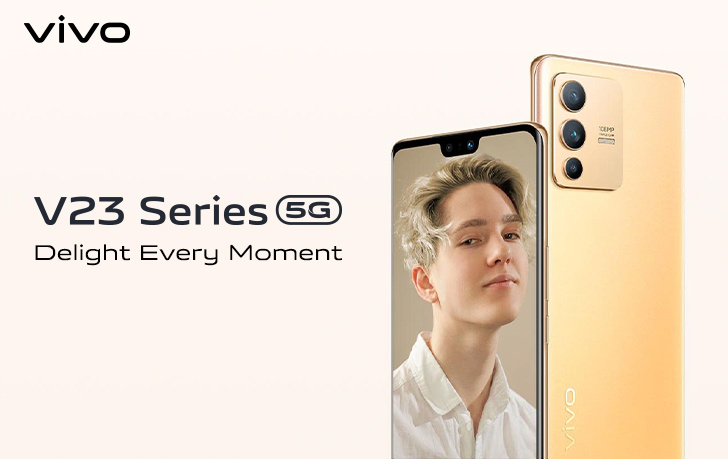 The camera system on the back features 108MP wide, 8MP ultra-wide, and 2MP portrait lenses. This setup can record 4K selfie videos at 60 fps. The Vivo V23 Pro has the high-performance MediaTek Dimensity 1200 chip at its heart. 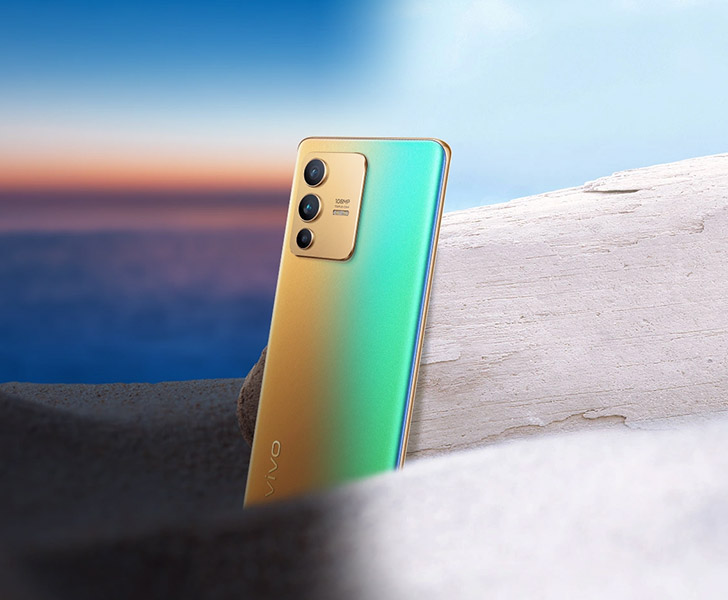