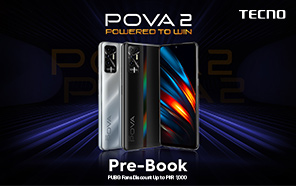 We've been spot-on with our post in early August reporting the new Pova 2 launch in September. Tecno just brought the Pova 2 to the Pakistani market. And this high-performance budget phone is now available for preorders. The window lasts until September 14, and Tecno Pova 2 hits store shelves on September 15. Plus, early birds get a Rs. 1,000 discount. 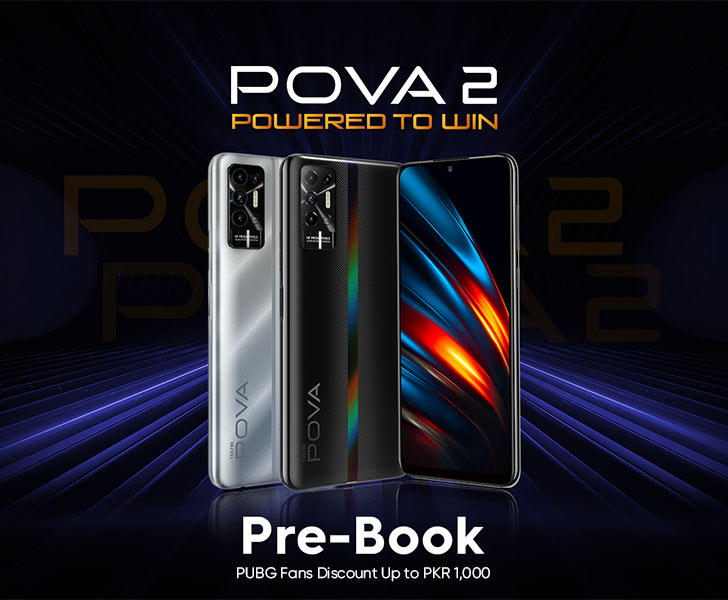 The Tecno Pova 2 is built for mobile gamers on a tight budget. MediaTek Helio G85 is at the heart of the phone, enhanced with System Turbo and ET Engine for more responsive gaming. Game Space 2.0 offers features like the voice changer, multiplayer WeZone, and Magic Button to map volume rockers to in-game triggers.

You get 6GB of memory and 128GB of internal storage. It’s all powered by a mega-sized 7000 mAh battery. Tecno promises at least 23 hours of gameplay out of a single charge. When you run out, the Pova 2 is recharged quickly over 18W. The technology delivers a 100% top-up in 140 minutes. HiOS 7.6 runs on the hardware. 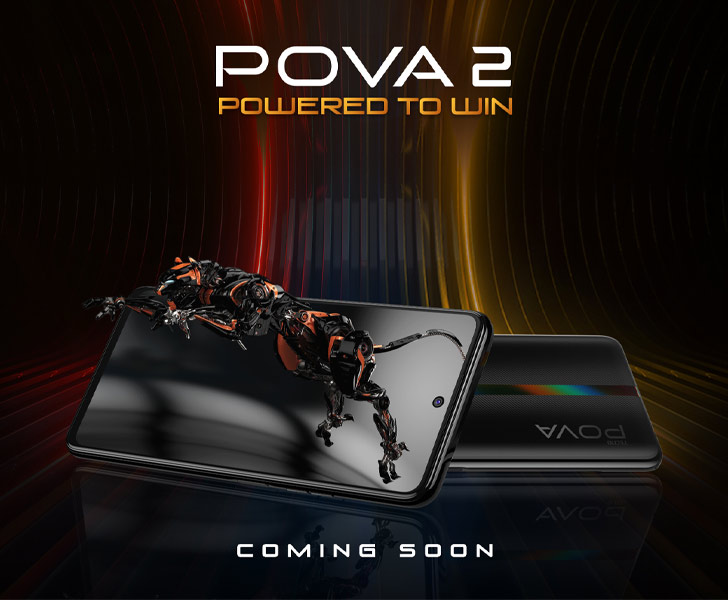 For visuals of the new Tecno mobile 2021, we’re looking at a massive 6.9” screen that peaks at a 1080P resolution and responds at a high 180Hz rate. It also features a single-hole punch and a narrow chin. Flip the phone over to find a textured plastic shell with reflective accents.

On account of the oversized battery, the frame is 9.62mm thick. Four lenses and a cluster of LED flashes are arranged on the raised camera island. You can pick from Polar Silver, Energy Blue, and Dazzle Black editions. With NFC, the Pova 2 makes cardless payments. It uses a 48MP wide lens and three low-res sensors. Pova 2 starts from Rs. 28,999.