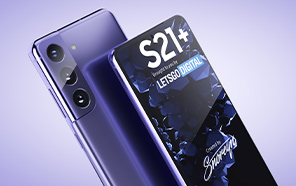 Citing their own sources, the ever-reliable leaker LetsGoDigital published highly-detailed renders of the upcoming Galaxy S21 series. The product mockups feature the Galaxy S21, S21+, and S21 Ultra - and the color options in which Samsung is offering them. 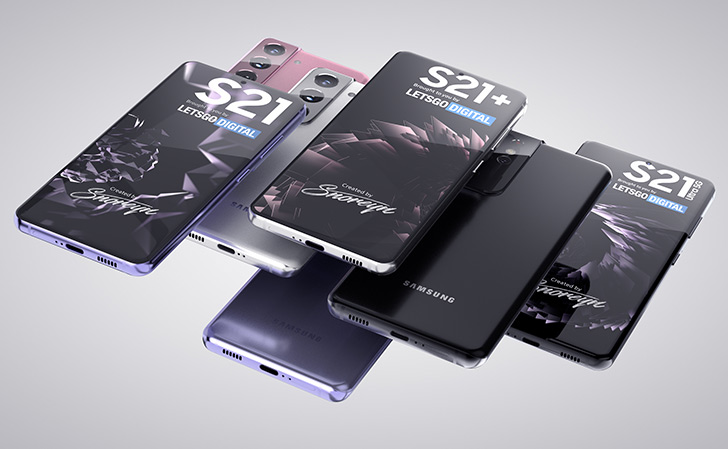 The entire Galaxy S lineup is getting a design overhaul, but the 2021 Ultra edition is where it shines. The camera housing is bigger than ever, stretching halfway across the width of the phone. 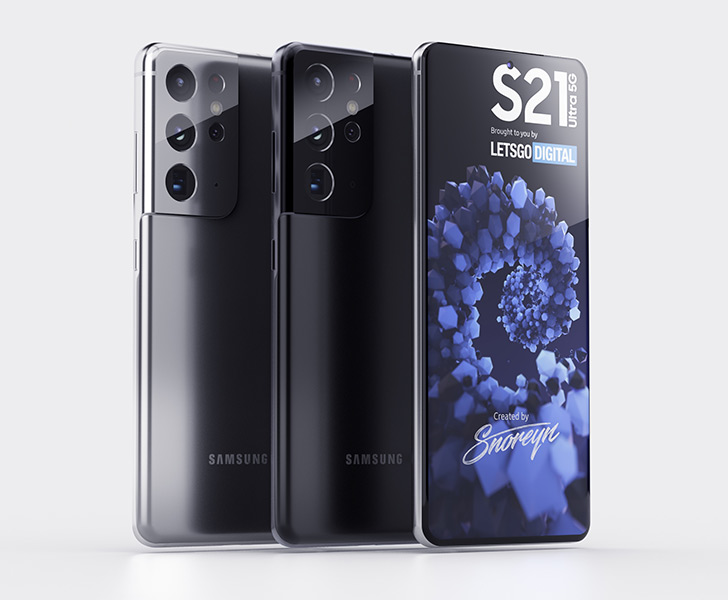 Even though it’s the biggest camera plate Samsung has made, it does not noticeably jut out the back as it does in the Galaxy S20 Ultra. Instead, the camera island blended into the frame, so it wraps around the edge. It’s a unique, polished design language, accented with chrome rings around the camera modules. 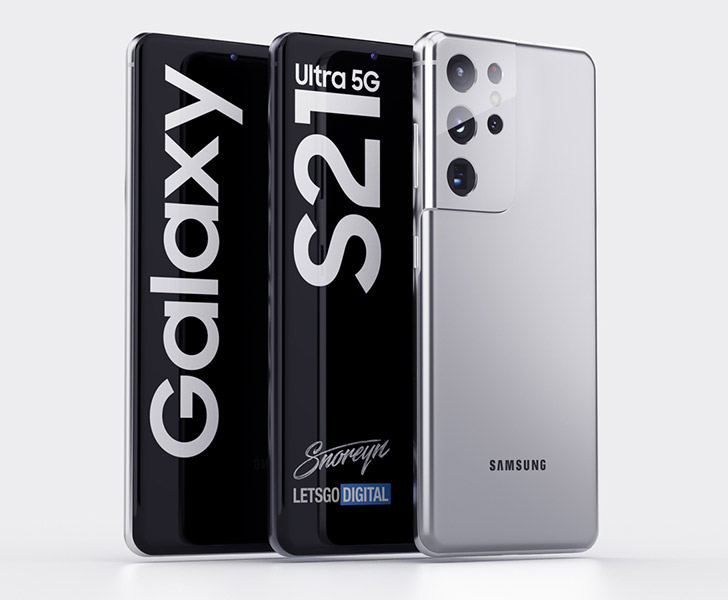 The popular phone leaker IceUniverse confirmed the leaked camera specifications for the Ultra. Samsung is playing the numbers again. This year's 108MP sensor (the highest-res camera that Samsung makes) will be making a return. It has been made more sensitive to light. And to resolve the autofocus issues that plagued the S20 Ultra, Samsung is introducing Laser AF to replace the 3D ToF lens. 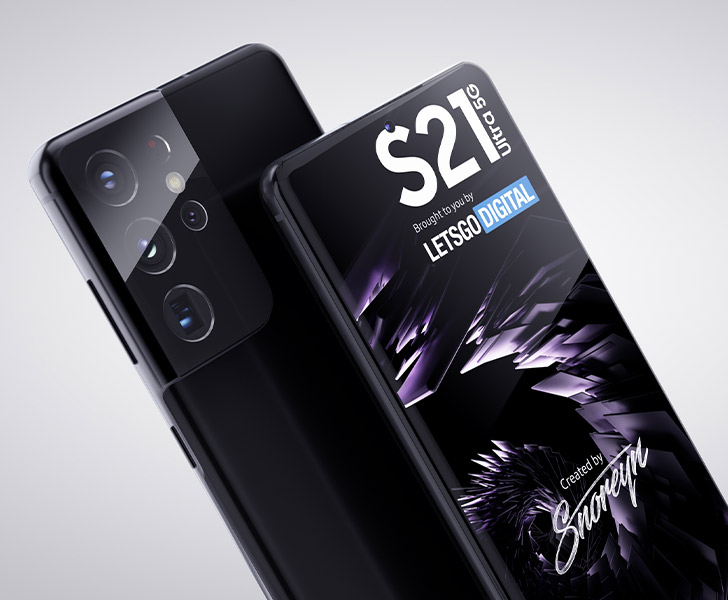 Plus, the main camera has Super PD autofocus. A 10MP periscope-style telephoto lens with 3x optical magnification joins this camera. The new image-processor inside the phone allows multiple cameras to work seamlessly together. The zooming range goes well past 3x using the outputs from the 12MP ultra-wide and the high-res wide cameras — 10x, as the phone leaker claims.

What hasn’t changed is the display that still curves along the edges. The color options for the S21 Ultra are still limited to two: Phantom Black and Phantom Silver — the same as this year. It’s also the only model in the lineup with a glass design. 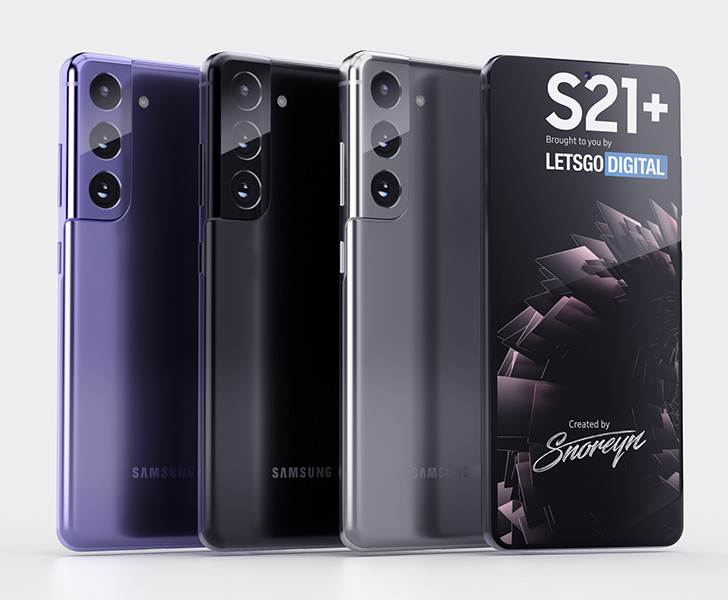 Samsung has been limiting glass designs to their highest-end flagships this year, and apparently, it’s ongoing. The Note 20 was plastic, so was the S20 FE. The S21+ will also use a plastic back build. 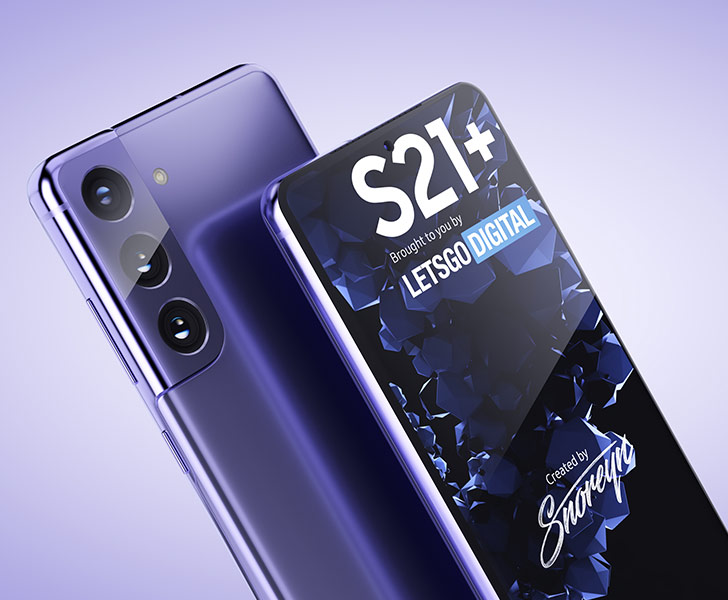 But the chamfered edges on the display are gone. The 6.7” AMOLED panel is perfectly flat. And its camera island — although much smaller than the Ultra’s — also melts into the frame. The bezels are uniform on all four sides, and the hole-punch is tinier, less intrusive. The S21+ comes in three colors, Phantom Silver, Phantom Black, and Phantom Violet. 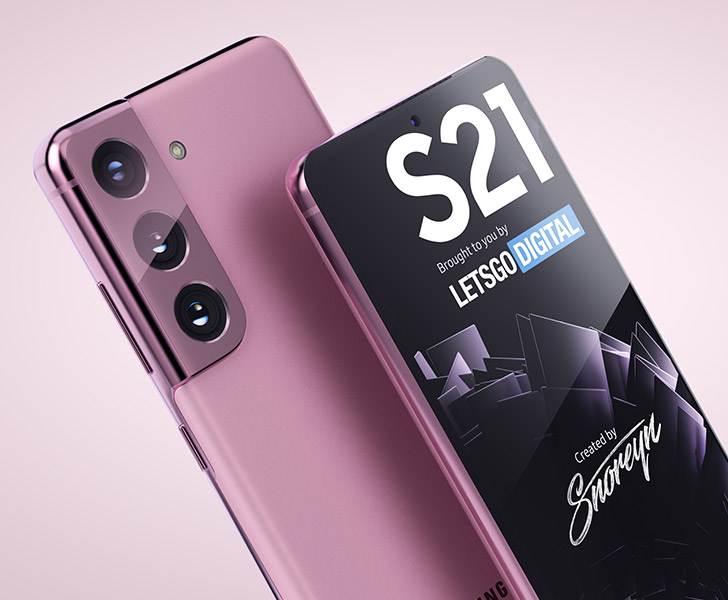 Not unlike this year, the Samsung Galaxy S21 has a design identical to the S21+. You’re looking at the same flat display, camera island, and plastic build.

It’s also the edition with the most expressive color palette. Other than the Phantom Silver, Black, and Violet colors, the S21 is also available in Phantom Pink.